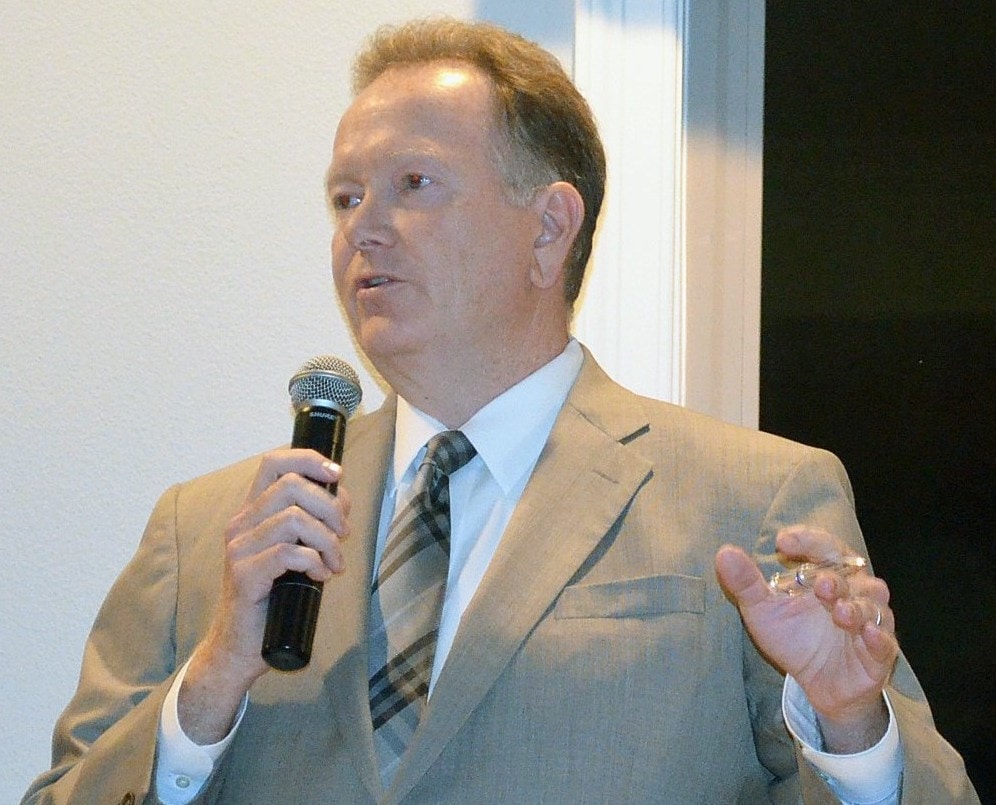 The race last year for Orange County’s elected Auditor-Controller was largely a soft-spoken one.

Voters didn’t hear much from the candidates and there weren’t any public forums on the office, which is in charge of monitoring accounts across the $6 billion annual budget spent by the county government’s myriad agencies.

“I’m quiet but not meek,” said incoming Auditor-Controller Eric Woolery, 48, who will be sworn in at 8:30 a.m. at the Orange Circle rather than in front of the Old County Courthouse, where most county politicians take their oath of office.

A Republican, Woolery has chosen to start his term of office across town from the county’s most iconic government building, he says, because of his roots in Orange. But the venue change also highlights the fact that the city’s former treasurer is on a collision course with the old ways of doing business at the county Hall of Administration.

Woolery wants to delve into any operation he sees fit, and that’s put him at odds with county supervisors, who essentially took away the ability to audit internal departments from the Auditor-Controller after the 1994 bankruptcy.

In a recent sit-down interview with Voice of OC, Woolery – a CPA who grew up in Orange and now handles finances for the Riverside County District Attorney – says he’s ready to file lawsuits, if needed, to take back the role if supervisors continue resisting.

“I intend to exercise both areas of my job,” Woolery said. “If I have to compel it, then I’ll do what I have to do.”

Last month, supervisors voted to delay Woolery’s request for internal audit duties following the approval of legislation from Democratic state Assemblyman Tom Daly that ostensibly required the transfer of the Internal Audit Division back to the Auditor-Controller. Daly was the focus of a tough internal audit when he served as County Clerk Recorder and had issues with how it was conducted.

Bolstered by a secret opinion by County Counsel Nick Chrisos, supervisors now say that Daly’s legislation may not require a transfer. A public debate on the issue is expected at a supervisors’ meeting later this month. Chrisos has said he would discuss the opinion at the meeting.

Given a host of other scandalous internal audits coming out of the county recently – and increasing political pressure from supervisors’ offices on internal auditors and human resources investigators – Woolery said it’s time to move auditing functions back where they are supposed to reside under statute.

“Being the fiscal watchdog of the county, you need that contract with the voters,” Wollery said.

To date, there’s been heartburn among a majority of supervisors to move Internal Audit back to the Auditor-Controller given that it’s the only major reform from the bankruptcy (with the exception of term limits) that was adopted by supervisors after a review panel suggested the move.

Last month, Supervisor Todd Spitzer delayed the move, arguing the county’s Audit Oversight Committee – also set up after the bankruptcy – should give the issue further study before making a decision. That move was supported by Supervisors’ Chairman Shawn Nelson and outgoing Supervisor John Moorlach, who also expressed concerns about the move.

Woolery – and former Auditor Controller David Sundstrom – says they are all not only wrong but playing politics.

Both Woolery and Sundstrom argue the effort to move Internal Audit after the bankruptcy was a well-crafted political scheme to offer the electorate the appearance of some sort of change, without impacting the supervisors.

“The Auditor-Controller didn’t cause the bankruptcy,” Woolery said.

Sundstrom, now the elected Auditor-Controller of Sonoma County, himself lost a tight vote in the middle of his Orange County term to move the office back.

“Orange County is the only county in the state that does it this way,” Sundstrom said. “There’s a reason the other 57 go the traditional way.”

“The Auditor-Controller needs the authority to monitor the systems to make sure he’s doing his job,” Sundstrom said. “Those shouldn’t be delegated to other politicians.”

The reason is pretty basic, he said.

“If you (an internal auditor) poke around, these are areas the board has responsibility…and any findings in those areas are a black eye to the board,” he said.

Woolery is taking direct aim at supervisors, saying they have encouraged an auditing culture that is soft and avoids transparency when issues are detected.

Hughes, he says, faces an inherent conflict of interest given that he audits departments his bosses oversee. He also arguing Hughes is better at uncovering fraud than preventing it, pointing at a recent secret audit publicized by Voice of OC that found nearly $1 million in no-bid contracts that occurred over a five-year span at OC Parks.

“That should have been a public record,” Woolery said of the county’s official effort to seal the audit by citing a questionable attorney-client privilege.

“Who can stand up to that pressure more? A guy who is hired by the board of supervisors or an independently elected official?” Woolery said.

Woolery said he is particularly worried about how contracts are being monitored at the county, adding that he agrees with what officials with the Orange County Employees Association have been protesting for years about lax oversight on vendors.

There should be automatic follow-ups on all contracts, Woolery argues.

“I think there is an issue with vendors,” Woolery said.