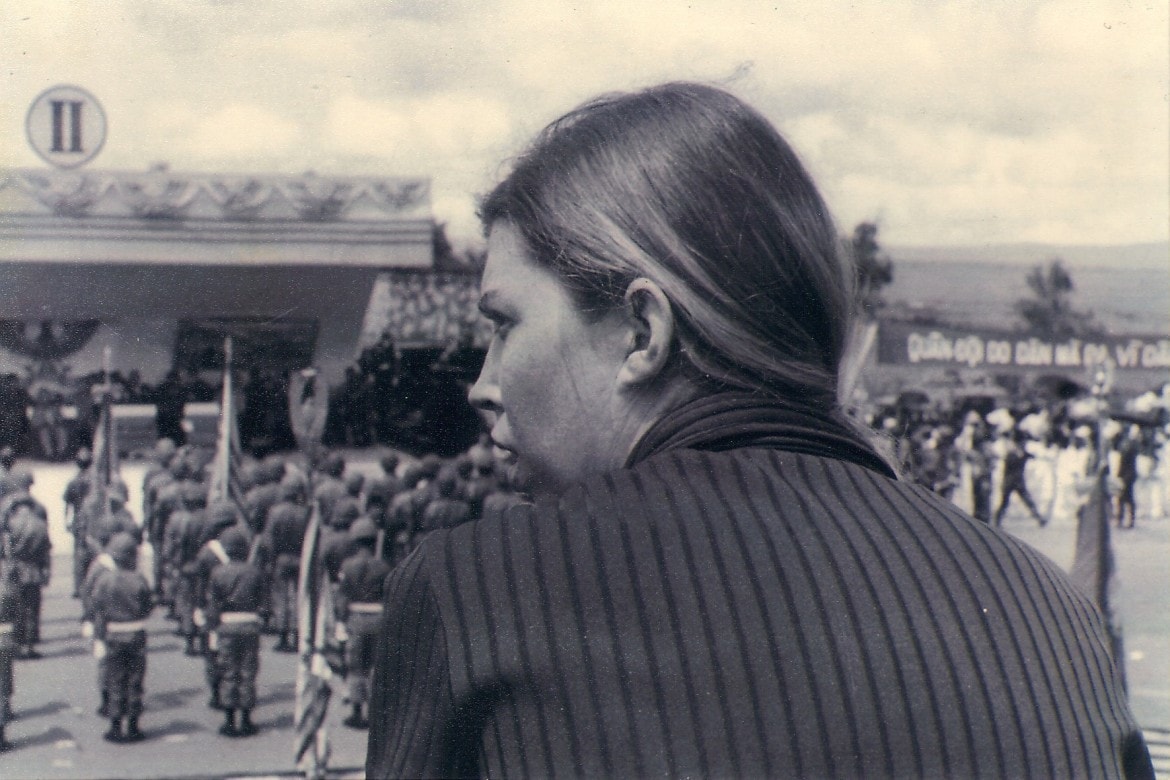 193 Shares
Share193
Tweet
Reddit
Email
Editor’s note: As fate would have it, the 40th anniversary of the fall of Saigon is a very personal event for two writers in our tiny newsroom, albeit from vastly different perspectives. Senior writer Tracy Wood was among the few female combat correspondents to cover the war. Meanwhile, staff writer Thy Vo’s parents were in the second wave of refugees to leave Vietnam after Saigon fell in 1975. Their poignant stories will grace our pages on the anniversary. Tracy tells how the corruption she witnessed in South Vietnam shaped her worldview and journalism career. Thy explores her struggle, and that of others in her generation, to fully understand the trauma of their parents’ refugee experience.

Add 3.3 million North and South Vietnamese men, women and children and you have a number roughly equivalent to Orange County’s present-day population.

Except the other 3.3 million are dead.

And don’t forget another two million men, women and children from Southeast Asia,  mostly Vietnam but also Cambodia and Laos, who have fled their home country since 1975.

Those are the numbers that, for me, define April 30, the 40th anniversary of the fall of Saigon and the end of the Vietnam War.

Volumes have been written about whether, in its goal to avert the spread of communism, the U.S. fighting in South Vietnam was justified. The undeclared war raged for 14 years, beginning in 1961 with the first U.S. battlefield casualty, Specialist 4 James T. Davis; and ending in 1975 with the final official U.S. military casualty, 18-year-old Marine Kelton Rena Turner.

In the end, the war was a failure. North Vietnam won.

But far less attention has been paid to the role played by endemic corruption inside the South Vietnamese government in that country’s inability to win the emotional and military support of its own people, and create a solid, democratic government.

As United Press International (UPI) correspondent Alan Dawson reported in 1972, ordinary South Vietnamese citizens were caught between the terror of North Vietnamese attacks and the corruption of their own government.

For example, as Dawson reported, one man had his village burned by the North Vietnamese and escaped with just a sandbag filled with rice. Crooked South Vietnamese government workers stole the rice from the bag and filled it with sand to disguise their theft.

“Go away,” the villager said. “Go away and just let me live my own life.”

The Toxic Mix of Corruption and War

It wasn’t the first time corruption interfered with efforts to establish or maintain governments and it certainly wasn’t the last. Most recently, widespread government corruption by U.S. allies has hindered the fight against terrorists in Afghanistan and Iraq.

But all governments, not just those at war, suffer when corruption takes hold. The corrosive effects of government corruption can be seen wherever the symptoms appear, like political patronage, attempts to stifle a free press, government secrecy—and where complacency takes hold of the electorate.

It can even happen, and has, in a place as outwardly peaceful as Orange County. 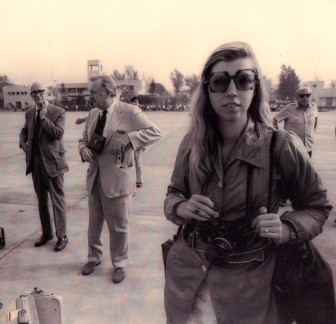 As a young reporter covering the Vietnam War I saw first hand the horrors of combat. And, compounded by political corruption, thousands died for no reason.

I remember Newsweek correspondent Alex Shimkin. One day he was sitting with several of us in the UPI Saigon office, discussing a range of recent war events. Three days later he was dead from a North Vietnamese hand grenade.

Three years later, a key member of the UPI staff disappeared after the Khmer Rouge brutally conquered neighboring Phnom Penh, Cambodia barely two weeks before Saigon fell to the North Vietnamese. He, like thousands of other Cambodians, never was found.

And then there are those I knew only by name. The young men who died or were wounded on firebases, believing they were defending the essential principles of freedom. The civilians who died or were injured because they were in the wrong place when fighting broke out.

Remember, in war, it is the young fighters and civilians who die. The leaders who initiate it almost never face discomfort. And when the system also is corrupt, big profits can be made from ordering people to die.

Fighting government corruption is the responsibility of voters, a free press and honest leaders. It’s a never-ending battle but the stakes are democracy and hope for the future.

A Brief History of Corruption

Nearly 2,500 years ago, Greek historian Herodotus wrote of a Persian judge who was executed for corruption. As a reminder to others how corruption was punished, the dead judge’s skin was cut off and hung above the court where he formerly presided.

In 1963, Buddhist monk Thich Quang Duc sat down on a Saigon street, had an associate soak him in gasoline and then the monk set himself on fire. He didn’t move while flames burned him to death, his protest against the religious bias, brutality and corruption of South Vietnamese President Ngo Dinh Diem.

“When they call the roll in the Senate, the Senators do not know whether to answer ‘Present’ or ‘Not Guilty’,” Roosevelt once joked.

At its most base level, public corruption means taking a bribe to influence a government decision, like Orange County Supervisor Ralph Diedrich did in 1979; or the kind of witness tampering that has former Orange County Sheriff Mike Carona serving time in a federal prison.

Or corruption can be systemic, like that of South Vietnamese government officials throughout the war. 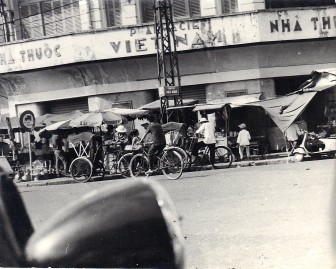 Bribery was so commonplace at all levels of the Vietnamese government that it took routine under-the-table cash payments to get ordinary shipments through airport customs. And it ran so deep that cash could buy a man’s way out of the South Vietnamese military or get him promoted, regardless of qualifications.

Corruption badly weakened the South Vietnamese military. Men in the bottom ranks fought and died but often were led by patronage appointees at the top who frequently disappeared when things got tough.

Sarah Chayes in her recently published “Thieves of State, Why Corruption Threatens Global Security,” wrote that Afghanistan showed us how supporting a corrupt government winds up, in the minds of the people who are victimized, identifying the U.S. as backers of corruption, not freedom.

In Afghanistan, Chayes explains, the general population was “caught between the abuses of a predatory government and the violence of extremists claiming to combat it.”

Winning “hearts and minds,” in other words, means fighting all severe threats to the population, both the declared enemy and the corruptions of our own ally.

Among many recommendations, Chayes, who was an advisor to the Joint Chiefs of Staff after working as a reporter and then for nonprofits in Afghanistan, urges the U.S. military to “avoid meeting with corrupt officials in ways that raise their status: Don’t visit their offices, for example …Don’t renew contracts with businesses owned by their cronies…Stop…letting them control the distribution of humanitarian aid…”

The parallels to Vietnam are obvious and the lessons apply today to all governments. There are others. 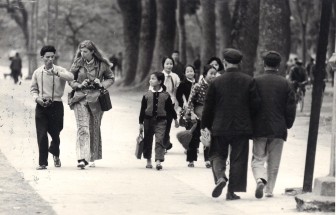 As journalists, my UPI colleagues, Vietnamese and American, experienced how corrupt governments try to control a free press.

In October, 1972, Radio Hanoi broadcast that North Vietnam and the U.S. were close to signing a peace agreement. One of our Vietnamese translators rapidly transcribed the broadcast while I wrote a bulletin and simultaneously called Saigon sources seeking confirmation.

Paul Vogle, one of our reporters also jumped in to seek confirmation. Another colleague, Barney Seibert, stood ready to quickly edit over my shoulder. Meanwhile, one of our Vietnamese “punchers,” teletype operators in wire service slang, hovered near my typewriter, anxious to grab the story and send it to New York and Asian headquarters. That’s how wire services worked. We were a team.

Very quickly we got our confirmation—the U.S. was ready to completely withdraw from Vietnam in exchange for the release of its prisoners of war. From our teletype machine five bells loudly clanged the bulletin, breaking the news that a peace agreement was near.

Suddenly, there was silence. The constant racket of clacking teletype machines completely died out. While the teletype operator tried to figure out what was wrong, I grabbed the phone and tried to call New York to dictate the rest of the story. Dead line.

As soon as that brief bulletin cleared the UPI wire in Saigon, the government shut off our communications to the outside world. That’s how corrupt governments handle a free press: if you don’t like what they write, shut them down.

Less than three years after that day in Saigon, I was a new reporter at the Los Angeles Times when fellow Times reporter, Maggie Kilgore, who was in Vietnam before me for UPI, got word that several Vietnamese members of our UPI staff, along with spouses and children, safely evacuated from Saigon when the North Vietnamese moved in. Now our former colleagues had made it to the tent city for refugees at Camp Pendleton.

This was before cell phones. We didn’t know what they needed but guessed the shift from mid-90s and high humidity in what was now Ho Chi Minh City to low 70s and coastal fog south of San Clemente, probably had everyone shivering.

Maggie and I bought blankets and sweat shirts and headed south.

I had no idea what to say. What can you say? Because they worked to bring a free press to their country, they were forced to escape or face who-knew-what. They had no idea if they ever would see other family members again, an unfathomable emotional trauma. And they had no idea where they would spend their future.

Handing out a few blankets seemed incredibly lame. We all smiled at each other. We talked about the basics, especially about getting them housing and jobs. But avoided the personal.

Later, we were able to get them to a motel in downtown Los Angeles and UPI ensured they had jobs.

But I never could get out of my head the pain those I had worked with had to endure.

Years later, one of those former colleagues told me his own thoughts about that Camp Pendleton meeting.