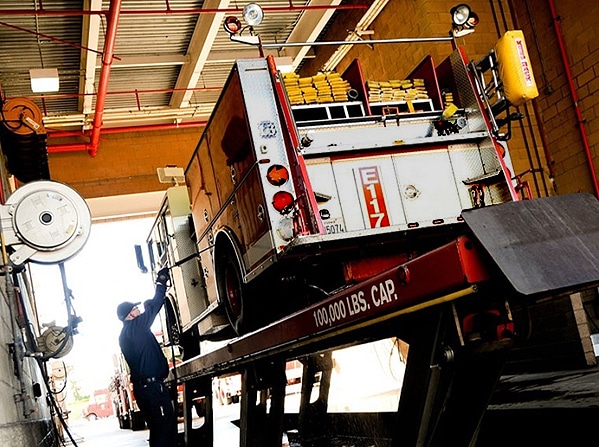 Irvine taxpayers could save more than $14 million annually if the city started its own fire department, according to a consultant’s report city officials quietly filed away six months ago.

For two decades, the Orange County Fire Authority has provided fire and rescue services to Irvine, 22 other cities, and unincorporated county parts in an arrangement that the Fire Authority’s advocates say maximizes benefits for region-wide emergencies.

But for years Irvine officials have complained that the city pays far more than its share for Fire Authority services relative to other member cities, with some officials arguing an independent fire service would be better.

While no one disputes that Irvine overpays, crafting a remedy for the financial inequity has been a politically charged issue because of its potential countywide impact .

The $100,000 study by Oregon-based Emergency Services Consulting International (ESCI) is the first independent analysis of how much a free-standing Irvine fire agency would cost.

But Irvine going independent could also cause the Fire Authority to collapse, which has multiple political implications as replacement services would have to be created.

It is against this backdrop that the city and the Fire Authority have been trying, without success thus far, to devise a so-called equity agreement, with the most recent proposal returning about $134 million to Irvine through 2030.

But even with that reimbursement, officials say Irvine would still be paying a cumulative amount of about $340 million more than it costs the Fire Authority to serve the city.

It is this arithmetic that makes the ESCI report such a political hot potato.

A county spokeswoman quoted county Supervisors Chairman Todd Spitzer as saying these are “precarious” times for the Fire Authority. Spitzer didn’t respond to an interview request.

In fact, the push to keep Irvine in the Fire Authority has been so intense the agency also has explored helping Irvine finance a new police station.

To be sure, there are far-reaching implications to the possible demise of the Fire Authority that keep those who have been complaining the loudest about Irvine’s inequity from demanding a breakaway.

Meanwhile, the Fire Authority’s union, sharply questions the validity of the ESCI report.

Joe Kerr, spokesman for Orange County Professional Firefighters Association, said: “We don’t believe they can do it cheaper. It is why Irvine contracts with [the Fire Authority] –because you consolidate the costs of overhead to provide more services for major emergencies.”

Nonetheless, the ESCI report is so sensitive that no Fire Authority administrators or board officers would speak about it. Interview requests were stalled for more than a week, then still no one would talk.

David Shawver — a Stanton councilman who represents his city on the Fire Authority board — did talk, however, because he has been integral to a lobbying drive to try to win approval of the equity agreement.

“Thank God we can fund the Fire Authority, it is the best thing that ever happened to Orange County,” Shawver said. “People who pick away at it need to understand that lives are at stake.”

“I wouldn’t give any credence to any study from that firm,” Shawver said, referring to a controversy that erupted last year over former Fire Authority Chief Keith Richter’s and one of his top subordinate’s connections to ESCI.

As a smaller city, with a less robust property tax base, Stanton is among those who rely more heavily on the joint funding of the Fire Authority to give it a rescue service it likely couldn’t fund on its own.

A Behind the Scenes Push

Given these factors, Shawver was among Fire Authority board members recently leading delegations to squelch a court challenge to the equity agreement by the Board of Supervisors.

Working together, Irvine and the Fire Authority then appealed to the state 4th District Court of Appeal in Santa Ana.

Then after last November’s election of three new supervisors, combined forces from Irvine, other cities and the Fire Authority began the behind-the-scenes talks to diminish the likelihood of success by the county at the appellate level.

Earlier this year, delegations of officials from Irvine, the Fire Authority and other cities say they began visiting supervisors; particularly the new three — Andrew Do, Lisa A. Bartlett and Michelle Steel, who might be more easily swayed as they brought new perspectives.

“The agreement isn’t perfect,” Lalloway said. “The city doesn’t get every dollar back. In the end, we might not get enough property taxes [to realize what the consultant report says]. You never know, that is the risk.”

In the visits to supervisors, Shawver said they asked for two things: Halt county arguments before the appellate court, and don’t file the next legal brief. But the effort failed, and the brief was filed Wednesday.

As these moves were underway, the 181-page ESCI study plus associated documents sat since January in the Irvine city manager’s office. A spokesman said it was not put on a council agenda; thus it stayed out of the public eye.

Voice of OC obtained the report after a Public Records Act request.

For the transition process, the ESCI report estimates an annual start-up cost of $13.6 million. It calls for 11 stations, with same number of fire apparatus vehicles and staff. Union firefighter membership would continue. It also notes high future demand for emergency services — jumping from about 8,400 calls in 2014 to 14,400 in 2035.

For now, officials say the police station plan appears to be on the back burner, but available for its inducement qualities.

“There could be some dynamic of a police station that could be combined” with a planned fire station on five acres at the Great Park, Lalloway said.

At least twice in the past, Kerr said there were back-channel entrees from the Fire Authority seeking union support for the police station.

In the first one, Kerr said the union could support a combined police and fire station, but funding details would require careful planning. [Most property taxes that fund the Fire Authority are restricted by state law for fire services; but there is no such encumbrance on funds the Fire Authority gets from cities who contract for its services.]

Then there was a second different query, said Kerr said, but it was rejected by the union.

And some observers even suggested a new inducement may come into play for support for a library; but Lalloway called the discussed library plan as “delusional.”

If the Irvine/Fire Authority agreement is shot down by the court, officials said, they expect to plan a new one that would meet the requirement of any court decision.

A previous version of this article incorrectly reported the timeframe in which Irvine officials have been in possession of a report on the costs of starting a fire department.