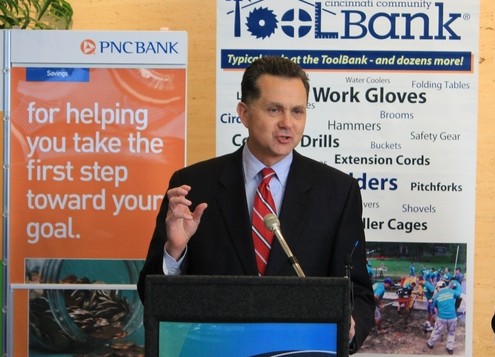 With the aftershocks of recent scandals still rumbling through their city hall, members of the Garden Grove City Council have settled on a Midwestern transplant who they say has a reputation for high ethics and transparency to take over as city manager.

Scott C. Stiles comes to Garden Grove after a 27-year career in Cincinnati, where he started as a community relations officer and spent the last decade as assistant city manager. 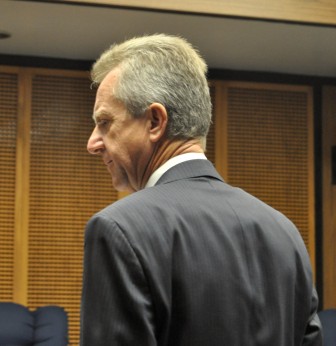 Stiles replaces Matthew Fertal, who stepped down in December amid allegations of impropriety surrounding a contract for former Fire Chief David Barlag. The Orange County District Attorney’s office is currently investigating the contract as well as multiple allegations of nepotism during the tenures of Fertal and longtime Mayor Bruce Broadwater, who was unseated last November by Bao Nguyen.

Nguyen has praised Stiles’ commitment to local government, noting that the incoming city manager plans to move with his wife and two daughters to Garden Grove.

Fertal and his family lived in Huntington Beach, although he later invested in a condominium in Garden Grove where his sons lived, according to public records.

“I can’t imagine not living in the city. I’ve lived in the city I’ve worked in for 30 plus years. It’s just important for the optics, the perceptions of it, and it’s just how I’m wired,” Stiles said. “I want to be engaged and embrace everything about the city.”

Councilmember Phat Bui was also impressed that Stiles arrived two days before his interview to get to know the city.

“It shows he is dedicated to this city,” said Bui. “We don’t want someone who will leave after a few years and then have to start this process all over again.”

A Long Career in Public Service

The City Council has painted Stiles as a dedicated public servant with a strong moral compass, commitment to transparency and accountability, and a broad range of experience.

He was recently turned down for the top manager job in Cincinnati, after serving nine months as the interim city manager.

After a dramatic political transition that saw the election of a new mayor and city council, Cincinnati leaders ultimately settled on a city manager from outside the city bureaucracy, appointing Harry Black, the former city manager of Baltimore.

Among Stiles’ challenges in Garden Grove will be navigating a relatively inexperienced mayor and city council.

He will also need to help council members regain the trust of many residents whose views of city management soured during the recent nepotism scandal. 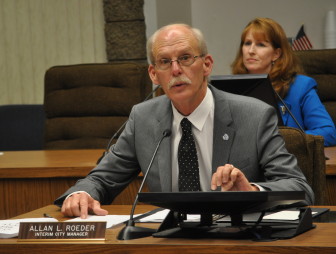 Interim City Manager Allan Roeder, who assisted in the search for a permanent manager, has been praised by both the council and city staff for his expertise and commitment to transparency.

“It’s probably good that I’m coming from far away. I literally do not have ties to anyone in the community. I’m coming in very objective, very fresh, no pre-conceived notions whatsoever,” Stiles said.

He describes his job as helping council members implement their vision and managing staff so they can work with elected leaders as effectively as possible, all while “paying attention to the optics” of how residents think and feel about their city government.

His long tenure in Cincinnati, a city with roughly twice the population of Garden Grove and 5,500 full-time employees, will also prepare him for the top job, Stiles said.

“I’ve been really lucky because I’ve been able to work under four city managers and get a chance to see how they operate. It really helped prepare me when I was interim city manager,” Stiles said.

Stiles double majored in journalism and geography at South Dakota University. He initially wanted to be a journalist but caught the city planning bug from geography courses, eventually obtaining a master’s degree in community planning.

“So I understand both sides of it a little bit.”

To emphasize his credentials as a transparent leader Stiles points to the launching of an open data portal on the Cincinnati website during his tenure as crucial to opening up city operations and deepening how citizens get involved with their government.

“I love local government. I love interacting with the entirety of the community. That’s how you can understand the issues that are most important to people,” he said.

Another challenge will be finding a new economic development approach for a city that has long relied on redevelopment money and large developers to drive growth along Harbor Boulevard and draw in big-box stores.

At a recent budget study session, interim City Manager Allan Roeder noted that while some of the fruits of Broadwater and Fertal’s redevelopment strategy will appear this year with the opening of the Great Wolf Lodge Waterpark Hotel, Gov. Jerry Brown closed that avenue for the future when he killed redevelopment in 2011.

“We need to develop new models. The historical models don’t work,” Roeder said. “We need to study where we want the city to go next.”

The city’s diversity would be one major asset, Stiles said. In a video message to the City Council at a special meeting last week, Stiles praised Garden Grove as a “diverse and progressive” community.

“A lot of communities don’t have that, and they’re trying to manufacture it, or they’ve got to go through lots of efforts to try and increase [diversity],” Stiles said.

Stiles is set to start his new job on Aug. 3rd. In the meantime, the Council is likely to extend Roeder’s contract through July.