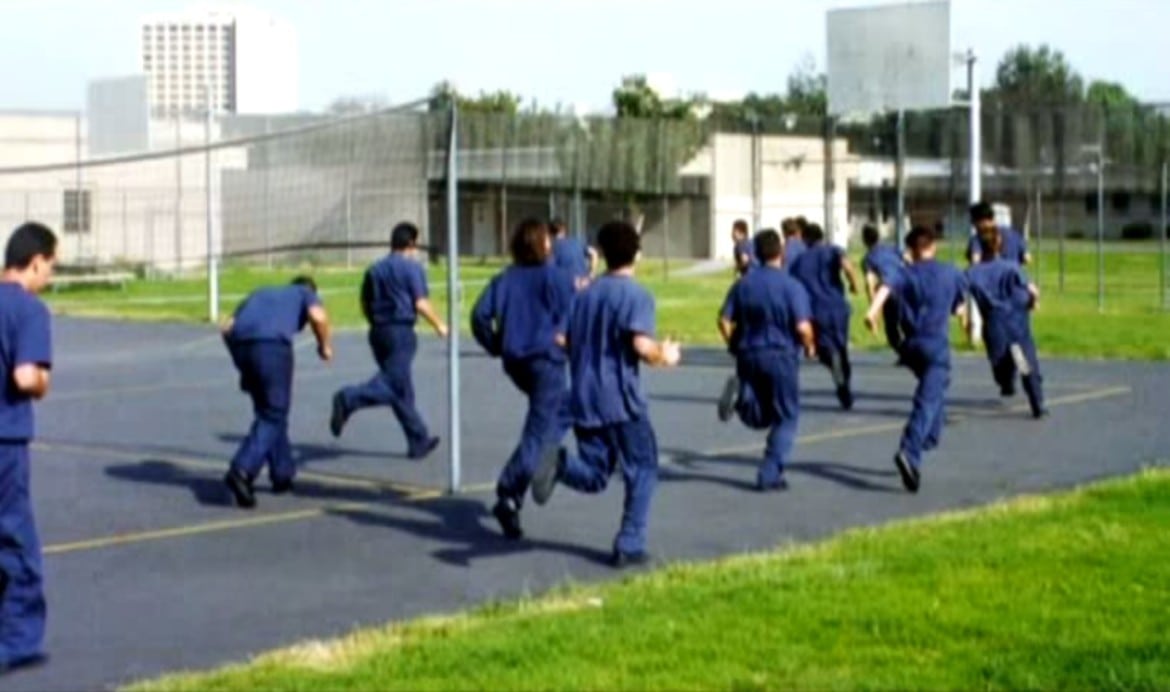 The number of youth locked up at Orange County’s juvenile hall has fallen dramatically, with probation officials attributing the drop to a declining overall crime rate and growing efforts to address factors that lead young people to commit crimes.

While the facility frequently housed an average of more than 450 youth per day in 2007, incarcerations fell to about 230 a year ago and were at 154 last Wednesday.

Two of the factors contributing to the drop include a softening of drug possession laws and greater efforts by law enforcement to get youth connected to social services. Results of these efforts can been seen in the numbers — criminal charges filed against minors have fallen by 30 percent between 2009 and 2014.

Additionally, youth are spending less time behind bars for probation violations, which in recent years has contributed to a reduction the average stay at juvenile hall from 47 days to 36.

In collaboration with community advocates, probation officials say they’ve also been sharply ramping up their involvement in programs that try to improve the behavior of youth offenders without locking them up.

Programs implemented in recent years have already led to better behavior by youth who are at risk of re-offending, officials say.

One such program is “aggression replacement training,” where over the course of 30 sessions, youth learn social skills, anger control, and moral reasoning.

When the classes were implemented, the number of behavioral issues – like fights – at the county’s juvenile institutions declined, Sanger added. That’s in line with research that shows the program helps stop kids from acting out before thinking about it, he said.

Probation officials have also ramped up their focus on empowering parents.

They partnered with a nonprofit group, Padres Unidos, to offer six-month sessions to help parents engage in their child’s education, emotional development and local community.

And a parent liaison now reminds parents about upcoming court dates for their kids, which according to officials led to a 20 percent drop in warrants issued for failing to appear.

“Focusing on parents is really a new perspective for us,” said Catherine Stiver, who directs juvenile court services at the probation department. “We’re very excited to see how interested these parents are. They want to be involved…it’s great news for us.”

A Trend Toward Restorative Justice

The emphasis represents a major shift in thinking within juvenile corrections, amid efforts by community advocates to reform the way the criminal justice system deals with youth.

For example, officials have set up youth reporting centers in Anaheim and Santa Ana, which have after-school counseling and other programs.  Instead of being locked up, youth can be sent to the reporting centers during the day by their probation officers.

Another upcoming effort is a restorative justice program called community conferencing, in which youth who commit certain types of crimes are given an opportunity to repair the harm they’ve caused to their victim.

A full-time facilitator meets with the victims and offenders, preparing them for a face-to-face meeting in which they create a plan for the offender to “make things right” by the victim, their family and community.

In the current system, the chances of youth committing crimes again is around 50 to 75 percent, according to Abraham Medina, a community activist and director of Santa Ana Boys and Men of Color.

“With the community conferencing model we see those recidivism rates drop to 11 percent,” Medina said.  “The effectiveness…is substantial.”

The Probation Department has agreed to participate in a community conferencing program that Santa Ana Boys and Men of Color is organizing with other groups like the California Endowment, Santa Ana Police Department and the Orange County District Attorney’s office, Medina said.

When Medina and his fellow advocates first approached the probation department a couple of years ago, officials were hesitant to meet with them, he said.

But that’s changed over time, and probation officials now bring advocates to the table.

“We’re no longer clashing. We may disagree on things, but we’re working together to implement these alternatives,” Medina said.

Medina and other advocates have also been happy to see a dramatic decline in the number of youth who probation refers to U.S. Immigration and Customs Enforcement, or ICE.

While probation referred 156 youth in 2010, the number has steadily dropped, to 31 in 2013 and just two last year. Probation officials attributed the drop to changes in the law, such as the Trust Act and a federal court ruling last year.

However, Medina says the department had been reluctant to change its policies in the wake of the legal changes.

“I think it was clear that [the] community was key in pushing for that to happen. Even after the Trust Act was passed, they still retained an internal procedure…that allowed them to still refer and communicate with ICE at the point of intake,” he said.

Meanwhile, with many youth now being diverted away from juvenile hall, those who do serve time often have serious emotional issues that need to be addressed, officials say.

There’s now “a lot more individual and family therapy than we’ve ever had in the past,” Sanger said.

“While we are deeply appreciative of the participation of community groups and involved advocates, the Orange County Probation Department is a forward thinking organization,” said department spokesman Ed Harrison, noting that restorative justice principals were included in a probation department business plan from the year 2000.

Medina, meanwhile, said what helped make advocates’ efforts successful was to diversify their approach, beyond just criticizing the juvenile justice system through marches and public forums.

“We also had to be part of the research and producing findings [in] reports,” as well as engage the officials who run the system, he said.  “In the end, we have to come to solutions and proposals.”