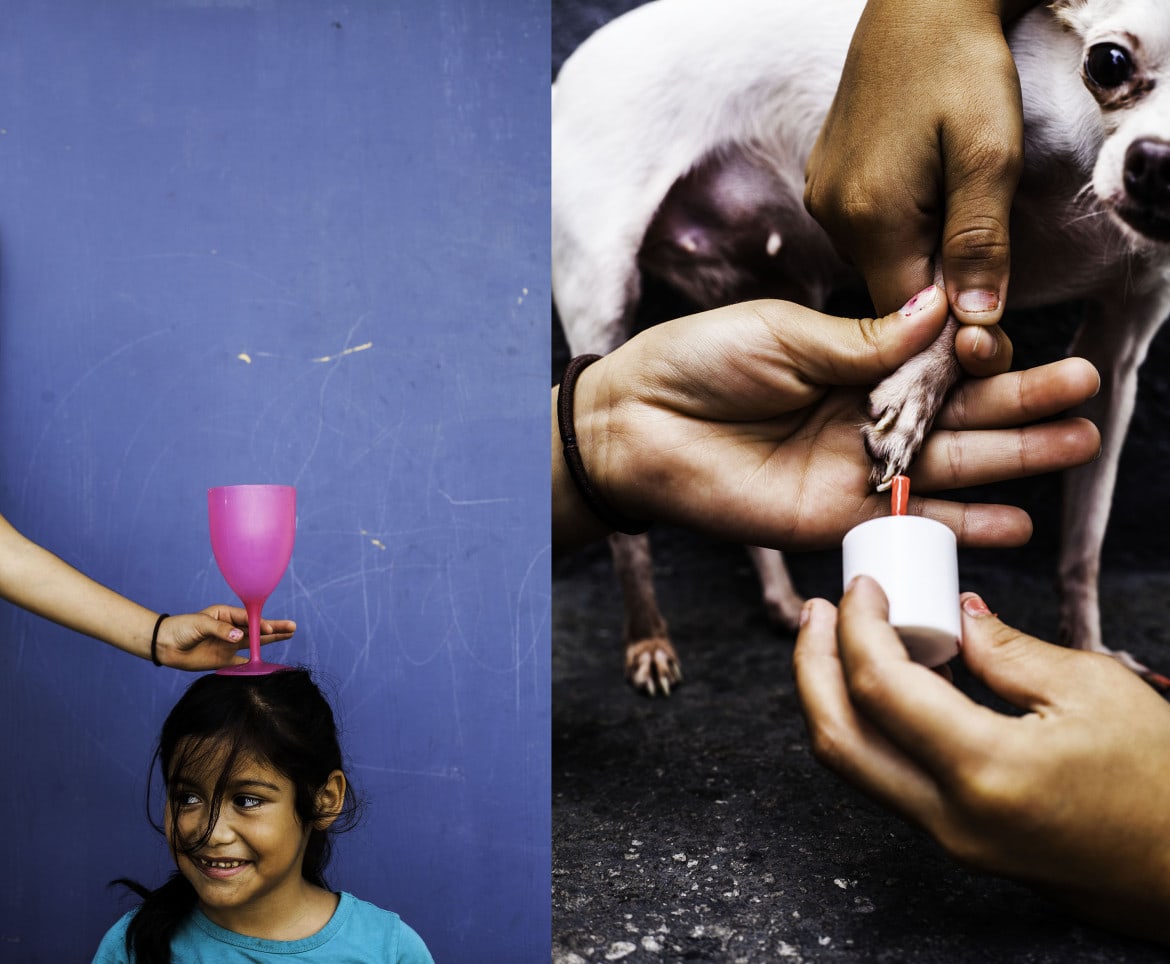 An enterprising and award-winning photojournalist in Orange County and beyond. Leopo, as Voice of OC’s Director of Photography, has captured a wide array of photographs visually documenting the news and soul of Orange County local government and community. Her work has also appeared in Vice, KCET, Ed Source, The California Endowment and OC Weekly.

While every new generation redefines the meaning of “childhood”, one thing remains constant: playing outside in the summer.

And despite all that has been said about how technology has isolated today’s children and sequestered them indoors, a trip to a couple of Santa Ana’s inner-city neighborhoods shows that children still do venture out.

I spent time in two of the lowest-income neighborhoods in Santa Ana — Artesia Pillar and Central City. And while I encountered many sights and sounds that were familiar to my own childhood, I also discovered a certain innocence lost.

The children don’t come out to play until later in the day because of their parents work schedules. And though they still run through the neighborhoods kicking balls, they kick plastic balls because property owners who fear broken windows have banned real soccer balls. Many have also witnessed gang violence and cars that drive dangerously through their neighborhoods.

As a result, they are often limited to the small confines of their apartment complex, or their tiny cement stoops. But just like the flower that pushes through the cracks in the concrete, their play can’t be denied.

Below are my efforts to capture both what has and hasn’t been lost on the streets in summertime. 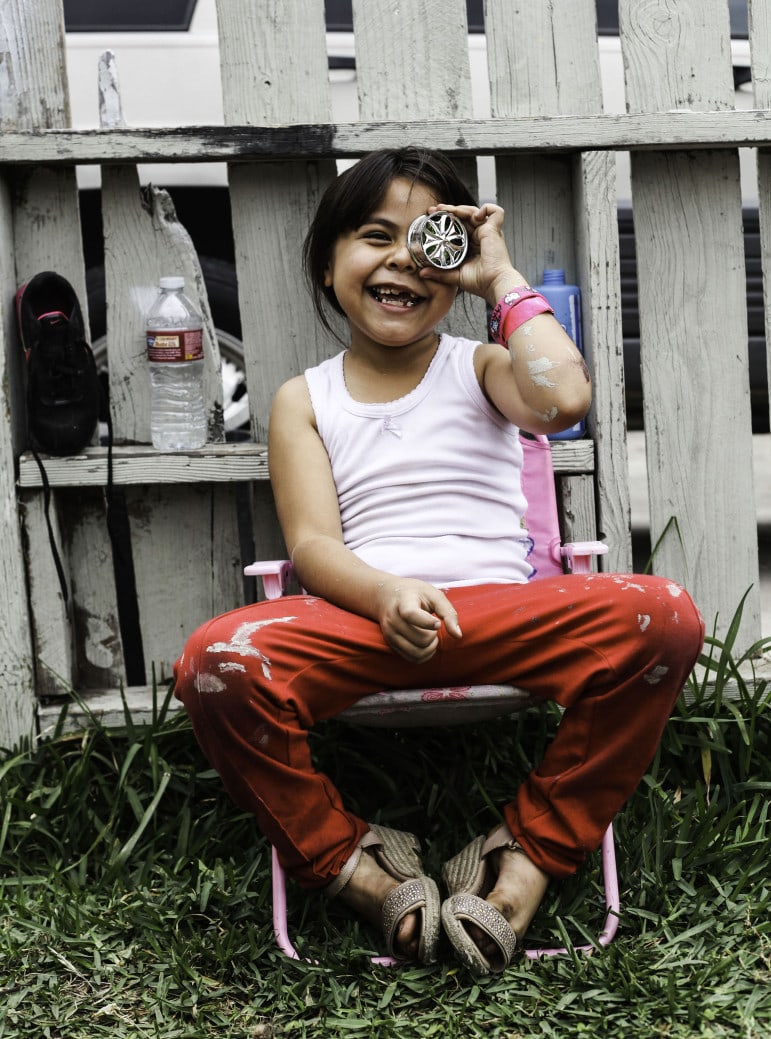 A soul filled with undeniable charisma, Emily only demands a couple of things: attention and her daily allowance of $1 to purchase ice cream from her neighbor.

She sits on her porch, barefoot and happy. She’s only allowed on the front steps of her home while her grandfather watches from afar. She takes her dog everywhere she goes. 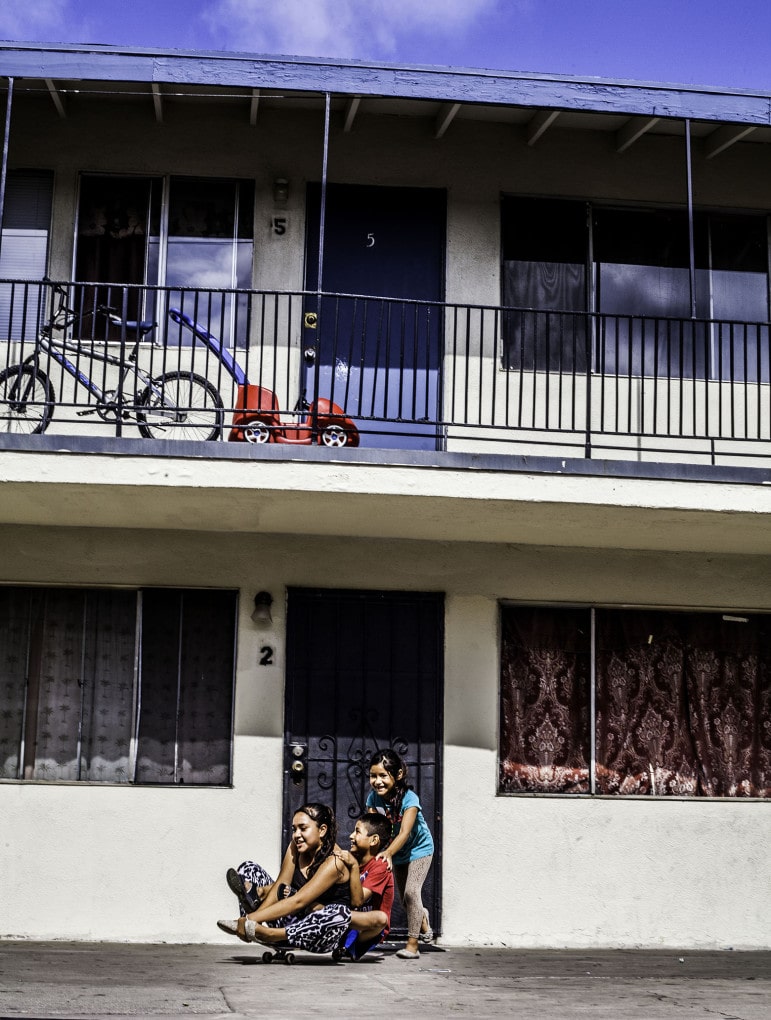 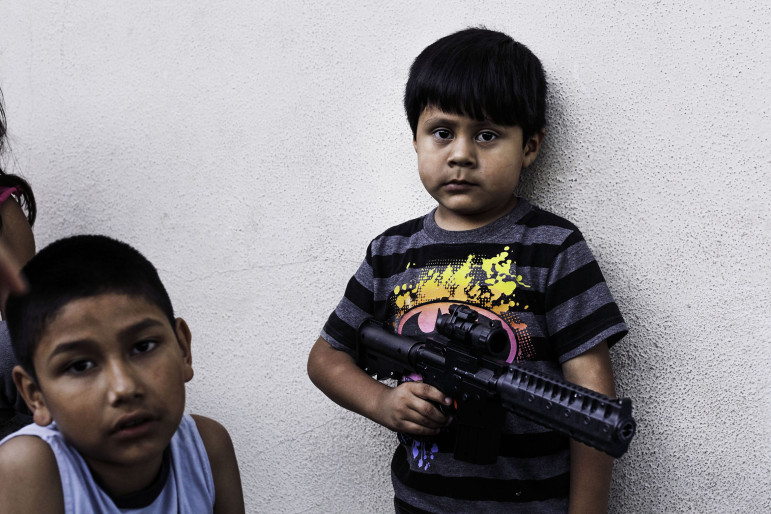 “My name is Christopher, this is my gun.”

He is shy but has no problem sharing his toys. He runs around the neighborhood shooting at imaginary targets. 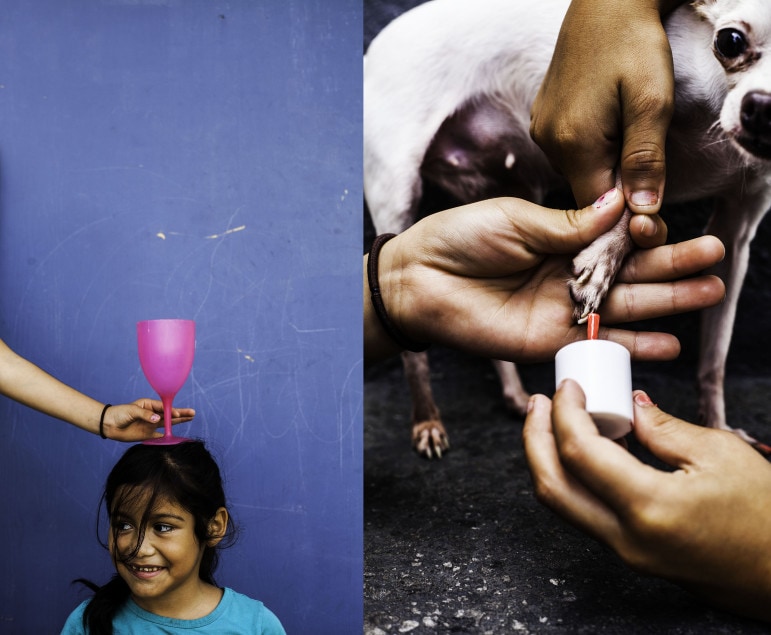 “My dog needs to match (nail color) with me!”

Arlene wishes one day to live in Miami. She enjoys playing outside and playing teacher, and giving her pup daily manicures. 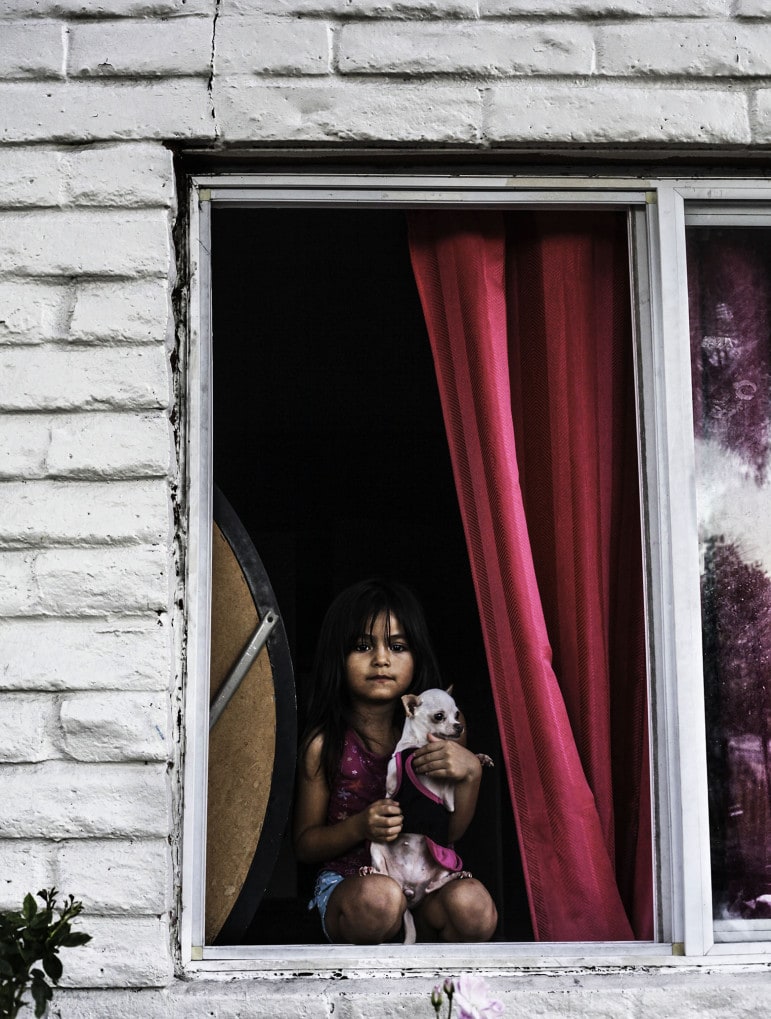 Nata is a quiet presence in the neighborhood — perched in her bedroom window.

Julie Leopo is a Santa Ana-based freelance photographer. She can be reached at [email protected]