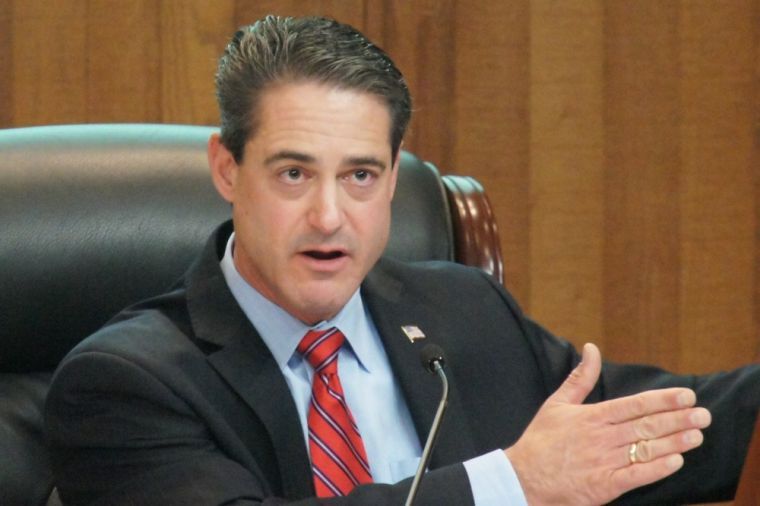 In a previously undisclosed incident, Orange County supervisors’ Chairman Todd Spitzer says he left a restaurant to get a gun from his car when a man acted threateningly towards him, then returned to the eatery to handcuff the man and detain him until sheriff’s deputies arrived.

The confrontation, which was first reported Thursday by CBS Los Angeles, took place at a Wahoo’s Fish Taco restaurant in the Foothill Ranch in early April.

Spitzer called 911 and told the dispatcher that a man had been harassing him at the restaurant and wouldn’t leave him alone, according to a recording of the call published by CBS.

The man had looked at a serrated knife on Spitzer’s table, Spitzer later told the station, which caused him to fear for his safety.  The man didn’t touch the knife, he added.

Spitzer said he then went to his car to get a gun and handcuffs, and went back into the restaurant, where he handcuffed the man and called 911 again.

When deputies arrived, they took the man – identified as Jeovany Castellano – and put him in the back of a patrol car, where he was briefly questioned and then released, according to CBS.

Sheriff’s officials say they investigated and found that Spitzer, who is chairman of the board that controls the sheriff’s budget, broke no laws.

“Honestly, I’m incredibly proud at how I handled the situation,” Spitzer told CBS, describing it as “textbook.”

Some commenters on the CBS story applauded his actions, while others said it was irresponsible – if not criminal – for him to go back into the restaurant and detain the man instead of waiting for law enforcement.

It’s unclear why news of the incident didn’t surface earlier, and why it’s now coming to light.

The CBS report doesn’t say when it took place, only describing it as “recently.”  The sheriff’s department, meanwhile, told Voice of OC Thursday that it happened four months ago, on April 3.