Walking around last week’s Grow Conference at the Discovery Cube in Santa Ana, I was stunned to see that the future of my boyhood home doesn’t apparently include people like me.

It seems like we’ve been having the same debate here in Santa Ana for what seems to be decades on how to spur economic development that attempts to hide the Latino face of the city. 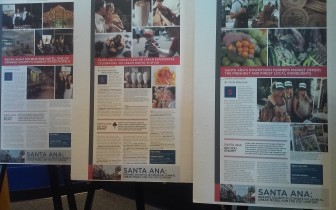 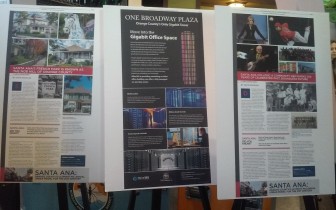 I first encountered it, I still remember the very day, on August 3, 1958 upon arriving home from military service. One of my boyhood friends, an Anglo named Donald Dunn, told me about a rental opportunity around Highland Street – now where the Boys and Girls Club is in that area. He inquired for me and told the owners I was Latino, and then had the tough job of calling me and letting me know that I wasn’t welcome in my own hometown, even after serving my country as a military veteran.

Flash forward 57 years later and that same feeling comes back as I walk around the event at the Discovery Cube.

When I look at the faces of the event, picturing what downtown Santa Ana will soon look like, there are few Latinos, other than meal servers and parking attendants. 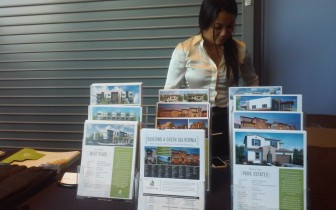 That makes me angry. Even worse, as a Latino and someone with roots here going back to 1912, it makes me sad.

But it doesn’t have to be this way.

Economic development should be more inclusive.

Small business and property owners across Santa Ana should be included in this city’s future in a role other than food server.

That’s a concept that our all-Latino city council and property owners seem to not share. They seem to even fight it.

Yet they don’t have to.

Consider the current debate over what to name our city’s main business thoroughfare.

Given that some Anglos were offended that it might simply be called by it’s historic name, Calle Cuatro, we opted for a more inclusionary approach advocating for signs that would read: Calle Cuatro/Fourth Street.

Even though I have yet to see those signs, it’s a signal that we can all be part of downtown’s future.

Yet watching the photos from this week’s event, it makes me wonder if at some point, even the name Santa Ana will disappear from this city.

I sure hope our city council and civic leaders prove me wrong.

Sam Romero is retired Santa Ana business owner and former Marine who was based at Marine Corps Air Station, El Toro. The Romero family has been in Santa Ana since 1912. His parents married in 1920 and had four children, two boys and two girls. Besides shining shoes and selling newspapers as a boy in the 1940s on Fourth Street in front of what is now the Taqueria Guadalajara. In High School, he worked at Neal’s Sporting Goods on the 200 block of East Fourth Street. Later in life, he, his wife and daughter opened a Catholic gift shop, first on Main Street, and then relocated it to the 300 block of East Fourth St, operating it for more than 30 years. Sam has been active in numerous business associations focusing on downtown Santa Ana since the 1980s.