San Juan Capistrano Councilman John Perry is no stranger to the spotlight.

In December, The Orange County Register named him one of the county’s 100 “most influential” after he and his group, the Capistrano Taxpayers Association, won a lawsuit against the city over a tiered water rate system in which those who used more water paid steeper rates.

It was a classic David vs Goliath story, with a handful of residents taking on City Hall and winning millions in refunds. 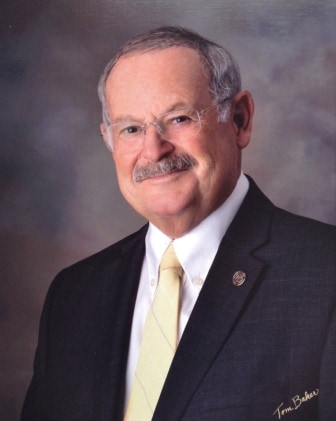 But there’s another side to this story. It involves a choice Perry made to take part in a council vote on his lawsuit that, according to a government ethics expert, might mean he broke state law.

The council was engaged in closed-door discussions regarding the lawsuit last February when Perry was appointed to a seat vacated by Roy Byrnes. But even though Perry had resigned from the taxpayers association that filed the suit, meeting minutes show he opted not to participate in the closed-door discussions, believing it could be seen as a conflict of interest.

He had stayed out of the discussions as late as May 5 of last year. But then he changed his mind and decided to join in. Just two weeks later, at the May 19 special closed session, he and his colleagues unanimously voted to approve a settlement agreement with the Capistrano Taxpayers Association.

As part of the agreement, the group was paid $884,000 in attorney’s fees. The bulk of that, $617,300, would be paid to the law firm AlvaradoSmith, which had hired the lead attorney in the case, Benjamin T. Benumof. Benumof’s firm was awarded the remainder of the attorney’s fees. And Capistrano Taxpayers Association would also be paid $1,500 for “routine costs.”

Complicating things for Perry is the fact that he listed on his public disclosure forms income ranging from $1,000 to $10,000 from AlvaradoSmith during the 2014 calendar year. Depending on when he earned the income exactly, the vote might have violated the state’s Political Reform Act’s rules on conflicts of interest, according to Bob Stern, co-author of the 1974 law.

Larry Kramer, a former councilman who had lost his bid for reelection in 2014, decided to challenge Perry on the issue. At a council meeting last month, Kramer brought up the vote and Perry’s income from AlvaradoSmith, alleging that it could violate the Political Reform Act and potentially be a felony under a conflict of interest law contained within section 1090 of the state government code.

“At the very least this has the appearance of being very inappropriate,” Kramer said.

Perry responded to Kramer’s charges by saying the city attorney had already looked into the issue and found no conflict.

But that didn’t satisfy Councilman Sam Allevato, who was a supporter of the tiered water rates. Allevato suggested the city commission an independent investigation, arguing that the city attorney was a “party” to the allegations.

“We’re being threatened here with a felony from one of our members,” he said.

Mayor Pam Patterson cut Allevato short, saying he was “out of order” because the topic wasn’t on the meeting agenda.

After the meeting, Perry provided Kramer with documents – including a spreadsheet of the billable hours he says was submitted to AlvaradoSmith and a written opinion from the city attorney — that he claims prove there was no conflict of interest. At a weekly community coffee at Hennessey’s Tavern, Perry demanded that Kramer apologize for the allegation.

“This is a bogus deal. This is a Larry Kramer smear job,” Perry told Voice of OC.

However, while Perry did obtain an opinion from City Attorney Jeff Ballinger clearing him of conflict of interest, experts say the analysis is flawed.

Timing of Payments is Key

Ballinger’s argument centers around the source of the payment to Perry and its timing.

Although AlvaradoSmith had cut the check, the original source of the income was Mesa Water District, which was the firm’s client. Perry said he had performed a consulting job and was paid $1,772.60 for a water source analysis that gave Mesa Water District the information it needed to file an amicus brief in support of Perry’s suit.

Under the state’s rules, Ballinger reasoned, the income should be seen as having come from Mesa Water District. And because the district is a public agency, there can’t be a conflict.

Secondly, Ballinger’s letter states that he was paid in April of 2014, which is just over a year before Perry’s vote on the settlement. In order for there to be a conflict, the payment must be made within 12 months of the vote, Ballinger wrote.

Ballinger’s letter is likely wrong on the second point. Perry told Voice of OC that he had submitted the bill to AlvaradoSmith at the end of April, but probably wasn’t paid for some time. “It was maybe two or three months after [the bill] that I got the money,” he said.

And while Perry was able to produce the spreadsheet of recorded hours worked he says was submitted to AlvaradoSmith for payment, he couldn’t produce records that reflect when he was truly paid. In fact, the spreadsheet also contained hours from the end of May, indicating he probably didn’t give it to AlvaradoSmith until later. He wasn’t compensated for the work done in May, he said.

Despite the city attorney’s opinion, Perry said he believes the 12-month window for a conflict should be triggered by when he was promised the payment, not when he was paid. The relevant Fair Political Practices Commission regulation states that the window includes income “received” and “promised… but not yet received.”

During a second phone interview regarding the issue, Perry backed away from earlier statements that he had been paid two or three months after submitting the bill to the firm, saying he couldn’t recall when he was paid.

Regardless of the timing issue, Perry emphasized the argument that the money had originally come from Mesa Water District. Perry said the Mesa Water official wanted to pay AlvaradoSmith for the work because the district already had a contract with AlvaradoSmith, and so paying Perry directly would require more work.

“I’d be more than happy to go to court and argue with [the FPPC,] and I think I’m going to win,” Perry said.

Also, Perry said he wasn’t going to receive any money as a result of the settlement agreement. If he had received money in some way from the agreement, he could be in violation of the more serious, felony conflict of interest law, according to Stern.

Inappropriate if not Illegal

Stern said that even if Perry managed to stay within legal bounds, he should have avoided participating in the discussions and votes given the income from the firm and his close affiliation with the group and the lawsuit. Stern also points out that its clear Perry was aware of the conflict issues because he recused himself from the earlier discussions.

“He was being paid by the law firm, about a year before, it just doesn’t look appropriate, even if it were legal,” Stern said. “He was aware of at least the perception, if not the legal problem.”

Perry said he only decided to join in the discussions because the council was stuck in a 2-2 tie over whether to award refunds to city residents stemming from illegally levied water rates.

Stern says that’s only more evidence that he should have stayed out.

“He was the key vote. That’s even worse,” Stern said. “That’s jut playing both sides. I’m recusing myself, but if my vote is needed, I’m going to vote for it.”

Kramer, meanwhile, told Voice of OC he doesn’t owe Perry any apologies. He said he’s also considering filing a complaint with the FPPC.

Perry says all the talk about conflicts is just a distraction from the triumph of a group of citizens who stood up to government, and points to his place on The Register’s list of the county’s 100 most influential people.

“The real story is the people won against a city that was corrupt,” Perry said. “Whatever happens to me is immaterial. What matters is the people got the refund.

“The only thing I’m guilty of is doing the right thing.”