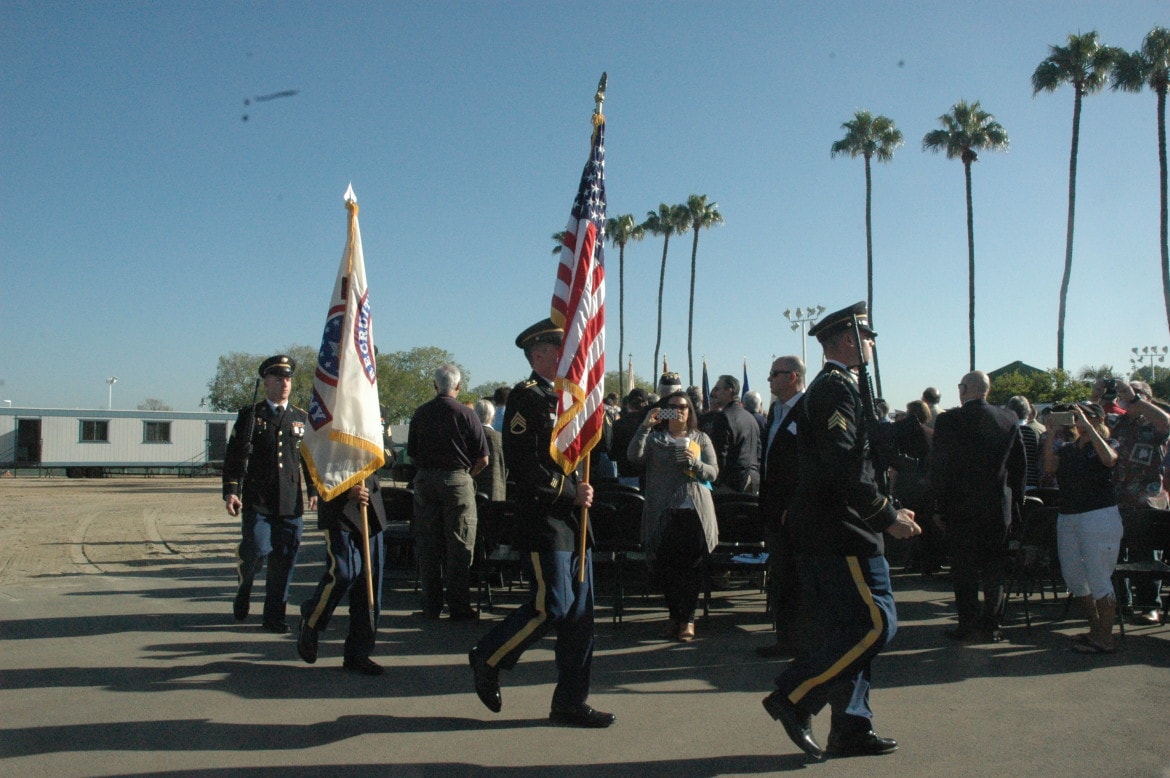 Color Guard at the groundbreaking ceremonies for Heroes' Hall at the OC Fairgrounds.

After decades of pressing public officials across Orange County, local veterans this month celebrated securing a countywide public museum to memorialize the friends they left behind as well as their own efforts in the defense of freedom.

Last week’s groundbreaking ceremony for the Heroes Hall at the Orange County Fair and Event Center in Costa Mesa also was a big win for local historic preservationists – who unwittingly became a major force in the establishment of the museum a few years back largely because of their fight to save a former WWII barracks building on site known as Memorial Gardens that will now anchor the museum site.

“With Heroes Hall, finally veterans will have a “home” for our stories to be told and passed down in one of the most imaginative and interactive ways possible,” wrote Bobby McDonald, who chairs Orange County’s Veterans Advisory Council and serves on the Heroes Hall Foundation, in a recent Op-ed for Voice of OC.

The finished exhibit is expected to feature 4,800 square feet of exhibit, office and archival space on over 12,000 square feet of land, which will include veteran’s memorials, plaques, gardens and an outdoor mini-amphitheater.

All on a property once called “under-utilized” by former Gov. Arnold Schwarzenegger and put on the auction block for privatization.

Gov. Jerry Brown has taken the fairgrounds in a very different direction, offering its governing board a very public makeover that quickly changed its tenor and focus.

Preservationists made a quick ally on the fair board in Nick Berardino, a former U.S. Marine who had then been recently appointed by Brown. 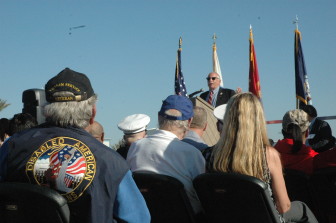 I still remember smiling to myself a few years back when Berardino pushed his fellow board members (then mostly Schwarzenegger appointees) to authorize something just north of $100,000 to study how to best preserve the Memorial Gardens building.

Whenever Berardino – a retired labor leader who led nearly 20,000 workers with the County of Orange for four decades – gets a chance to do something with vets, he locks on like a missile.

Those vets now had an advocate, an aggressive one, sitting behind the dais.

Soon after, Brown put a series of friendly and diverse faces on the fair board.

“It’s a testament to the fact that elections matter,” Berardino said. “The governor selected people who embrace his commitment to veterans.” 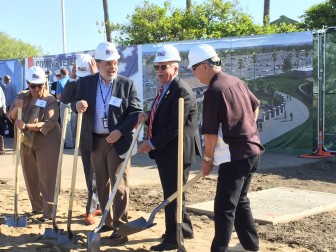 A host of Republican leaders also chipped in for the effort.

At the groundbreaking, Costa Mesa Mayor Steve Mensinger – who once crossed swords publicly with Berardino – delivered $25,000 in support. County Supervisor Michelle Steel – whose voting record could not be more opposite than Berardino’s – chipped in $35,000. Supervisor Shawn Nelson – who butted heads with Berardino for three years in heated labor negotiations – donated $25,000.

This week, Berardino thanked all of them publicly, announcing the total commitment was now nearing $3.8 million. This blew me away as I remembered all those vet leaders who I saw as a county beat reporter pleading to county supervisors for so many years for a museum – at the Great Park or the Tustin Hangars – with no luck.

Many of those vets have since passed on.

But I’m sure a $3.8 million facility has put a smile on their faces.

That was the intent, Berardino told the crowd last week, when he looked up in the sky at his fallen comrades, noting their ultimate sacrifice for freedom and told them, “this is one for you guys.”

The building is just the beginning of an educational complex. 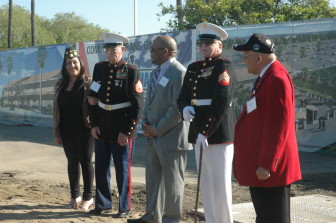 Heroes’ Hall is a just a short walk from Centennial Farms, there to show kids about how local farms feed America. Berardino wants to see every high school kid in Orange County walk through that exhibit as a way of conveying the price of freedom.

Nearby on the property is another learning experience, the recently inaugurated Workers Memorial, recognizing the work of farm workers who bring produce to American homes.

And on the other end of Heroes Hall is the newly refurbished Pacific Amphitheater with new seats and banquet hall entrance.

This November, the whole place will host the opening of Heroes Hall for the third annual Veterans Day event at the fairgrounds during the November holiday weekend.

In the meantime, one lucky construction crew is about to meet a new friend. 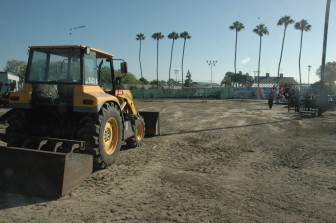 Lone bulldozer sits on the future grounds of Heroes’ Hall at the OC Fairgrounds.

“I’m going to be at that job site every day,” Berardino said.