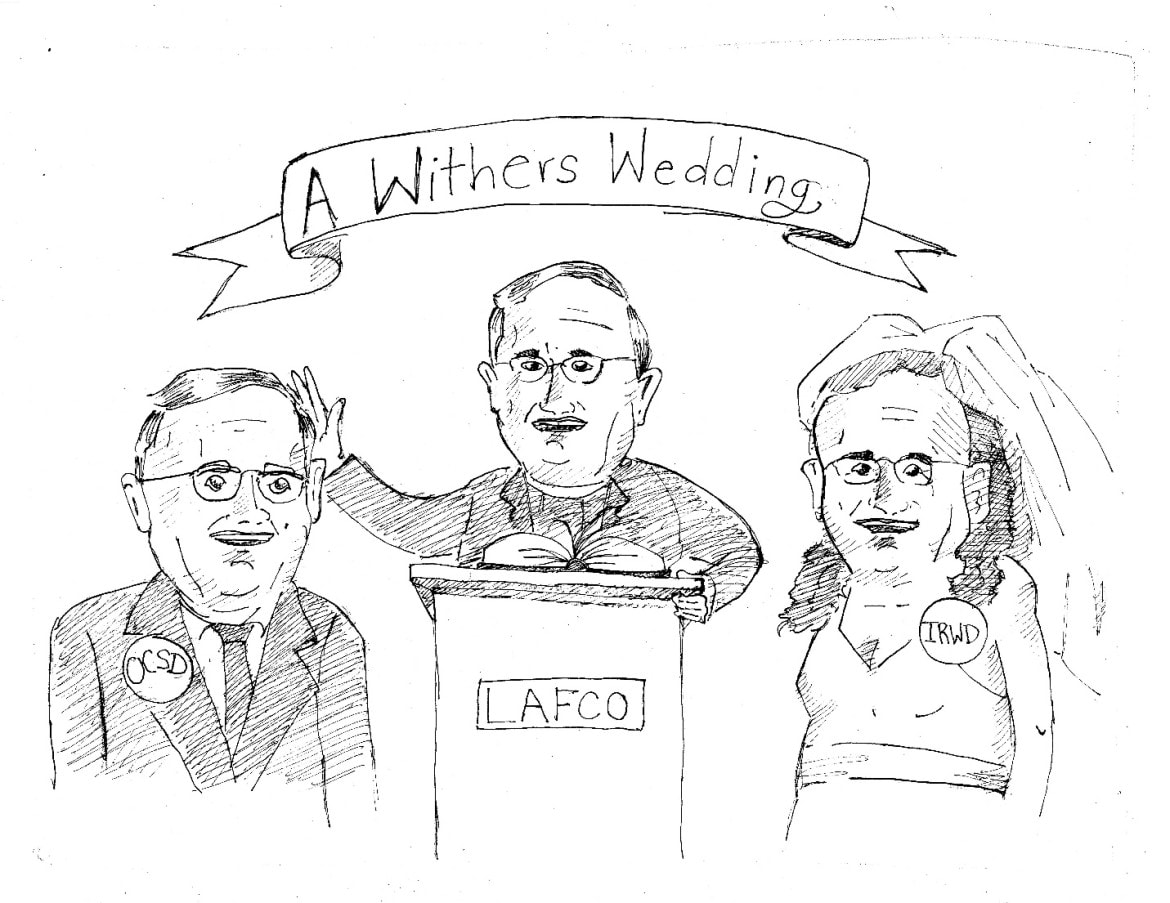 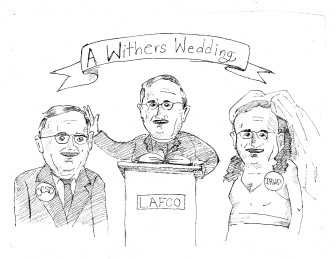 “Arranging a match for yourself? What are you? The bridegroom? The matchmaker? The guests all rolled into one? I suppose you’ll even perform the marriage ceremony yourself. You must be crazy!”    – Tevye / Fiddler on the Roof – 1971

Tevye, Orange County’s LAFCO is doing you one better.  John Withers is trying to be the bride, the groom and the minister all at once and your local government is turning a blind eye to this conflict.

Most people have never heard of LAFCO.  It stands for the “Local Agency Formation Commission” and it’s in charge of approving or denying government consolidations or transfer of government services.

East Orange County Water District has been working collaboratively with the Orange County Sanitation District for several years to transfer the local sewers in North Tustin from OCSD (which focuses on large regional wastewater collection) to EOCWD (the local water district that already serves 95% of Sewer Area 7 in North Tustin).

Things were going swimmingly.  EOCWD received the support and blessing of all of the local cities and community groups including Orange, Tustin, Villa Park and the .  But something funny happened on the way to the LAFCO meeting.

John Withers, one of Orange County’s premiere government lobbyists, also serves on the Irvine Ranch Water District (IRWD) Board of Directors.  He noted that while IRWD provides no water and no sewer service to any customers in Sewer Area 7, the map showed they do have a sphere of influence in 3% of the area.  That was just enough for IRWD to get their nose under the tent.  IRWD was looking to bump EOCWD out of their position as bride as they walked down the aisle.

Coincidently, John Withers also sits on the OCSD Board that currently owns the sewers.  So unlike EOCWD, he also was the groom.

Also “coincidently” John Withers sits on the LAFCO board as well.  He serves as the minister and gets to make the decision on whether IRWD or EOCWD will get to take over the sewers.

Surely the rules of government would prohibit Withers from voting on whether the agency on which he serves will receive the sewers and the $30 million that go with them, right?  That is a clear conflict!

Not so fast!  LAFCO rules are “special.”  There are no conflicts at LAFCO.  Anyone can vote on anything.  Even if it benefits your own district and disadvantages another.

So yes, Withers gets to be the bride, the groom and the minister in this wedding. Any guesses as to how it’s going to turn out?

For a different perspective on the transfer the local sewers in North Tustin, check out the recent Op-ed on the Sewer Area 7 written by North Tustin resident Deborah Knox.