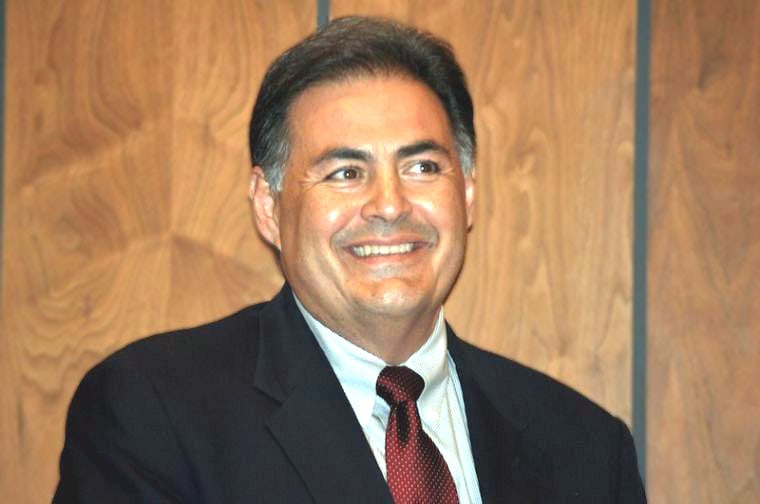 Santa Ana City Manager David Cavazos has been censured by an international organization of public agency leaders for conduct related to his romantic relationship with a subordinate city employee, Cavazos told City Council members in an email last week.

The International City/County Management Association (ICMA) sets ethical guidelines for public agency executives. Despite the censure, Cavazos is a member “in good standing” with the group, and he’ll be attending the annual ICMA conference in September, the city manager wrote in a email dated June 8 and obtained by Voice of OC.

“I apologize for not meeting with each of you and as a group to disclose the personal relationship at the onset,” the email to council members reads.

ICMA on Tuesday also issued a news release on the censure and sent a letter formally notifying Mayor Miguel Pulido. The organization announced that its executive board had sanctioned Cavazos for violating two different tenets of the group’s code of ethics by dating a subordinate.

One of those tenets calls for members to “be dedicated to the highest ideals of honor and integrity in all public and personal relationships” and to earn the “respect and confidence of the elected officials, of other officials and employees, and of the public.” The other tenet prohibits members form leveraging their position for “personal gain or benefit.”

Guidelines published in the news release call for members to disclose personal relationships to council members when they could mean a conflict of interest. And the executive board noted that Cavazos had “an obligation to disclose the relationship in a timely manner and that the relationship continues,” the ICMA’s June 14 letter to Puldo reads.

According to that letter, each ICMA member agrees to adhere to the organization’s code of ethics and that potential violations of the code are investigated in a “peer-review process” by the group’s Committee on Professional Conduct. Punishment could include censure, membership suspension or expulsion.

“It is regrettable that Mr. Cavazos failed to uphold the highest standards of conduct in the local government profession,” reads the letter from ICMA’s ethics and form of government program manager, Jared M Dailey.

Last Summer, Cavazos acknowledged in a memo to Mayor Miguel Pulido that he was carrying on a romantic relationship with a city staffer, but insisted that the relationship violated no city policy or “any federal, state or city rule or stature.” He also asked Pulido to “respect my privacy and the privacy of city employees.”

But while Cavazos hadn’t broken any city laws or rules, a representative of the ICMA hadsaid romantic relationships between city managers and their employees would be fraught with conflicts of interest, viewed as suspicious by other employees and could even open the door to lawsuits.

For example, if the employee is promoted, others could see it as blatant favoritism. But on the flip side, if she’s disciplined, she could claim that it is retaliation for an argument or a break up.

It’s an all but open secret that Pulido and Cavazos have been engaged in a political struggle at City Hall since Cavazos came to Santa Ana from the city of Phoenix in 2013, a hiring that some city officials said was like signing an “all-star” professional athlete.

Cavazos was in some ways brought in to counter the mayor. The council majority in 2012 rebelled against Pulido’s leadership during a period that was dubbed the “Santa Ana Spring.” Among other things, the majority fired previous city manager and longtime Pulido ally Paul Walters, effectively curbing the mayor’s once considerable influence over the city bureaucracy.

Pulido has found little support against Cavazos on the council. Only Councilwoman Michele Martinez joined him as a dissenting vote after the relationship was disclosed to give Cavazos a $17,000 performance bonus, on top of being one of the best compensated city managers in the state.

The only council member to respond to phone calls from a reporter about the censure were council members Vincent Sarmiento and David Benavides. Sarmiento said in an email that “a relationship with a subordinate should be avoided whenever possible because it creates a plausible perception of impropriety.”

“I’m satisfied with the determination by the ICMA, and I’m glad the review is concluded,” Sarmiento wrote.

Sarmiento pointed out that under the city charter and code of ethics, romantic relationships between city employees aren’t prohibited. But he also wrote that city leaders “should consider amending our Charter and Ethics Code to include a mandatory disclosure policy when relationships among City employees become intimate.”

Benavides also suggested changing city policy to be more in line with ICMA’s code of ethics.

“The city at this point I’m hopeful will be able to put this behind us,” Benavides said. “But I think we’ve learned from this… ICMA’s policy is something I think the city should take a look at adopting so this type of situation does not become an issue in the future.”

While ICMA has finished its inquiry, Cavazos isn’t totally out of the woods yet.
There still remains a city-commissioned outside investigation into the relationship and other allegations made against Cavazos by Martinez and Pulido.

Sources close to City Hall say the council will be discussing the results of the investigation behind closed doors at the June 21 council meeting.

This article has been updated since it was first published.