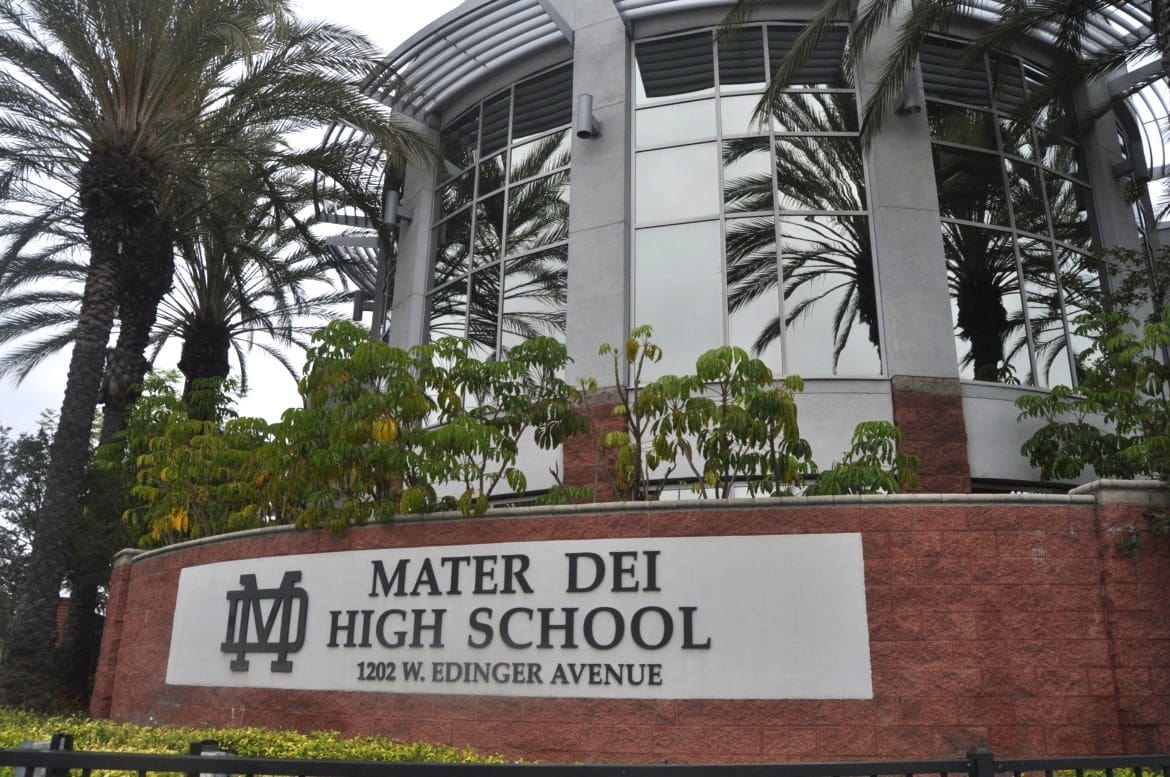 A proposal for the city of Santa Ana to give $2.5 million to a privately run Catholic high school has triggered criticism from residents who say the money should instead go toward underfunded city services.

Mater Dei High School is requesting the funds to help pay for construction related to the school’s plans to build a 990-space parking garage and a new building that would hold 32 classrooms. The money would be used for public works performed by the city, such as moving utilities and electric poles offsite.

The Santa Ana City Council is scheduled to consider the proposal at Tuesday night’s council meeting. But city leaders have already received an earful of opposition as some residents have balked at the request, arguing that Mater Dei could easily fundraise to pay for the work and that officials shouldn’t be dipping into taxpayer coffers on behalf of a private school.

Update: Mater Dei President Patrick Murphy on Monday morning asked for the funding request to be postponed until a future council meeting. A date has not yet been set.

Materials attached to the council meeting agenda include 11 emails and letters in opposition to the proposal, but only three communications in support. Meanwhile, a Facebook post by the New Santa Ana blog on the issue received 48 comments, mainly against the funding. The blog also ran an online poll asking whether the city should “spend millions on the expansion at Mater Dei,” drawing 1,715 no votes and only 171 yes votes.

“I think Mater Dei is a great institution. I just think there are other higher priorities in our city right now that our money could be spent on,” Chris Schmidt, a resident of Wyndsor Village, said in an interview with Voice of OC.

Mater Dei President Patrick Murphy told the council at its March 15 meeting – when the council approved the expansion but postponed its decision on the funding request – that granting the money would be “in the spirit” of the school’s 1995 development agreement with the city and subsequent amendment in 1999.

Murphy also cited the school’s benefits to Santa Ana, including the fact that 20 percent of the over 2,000 students at the school are residents of the city and that the “lion’s share” of $5 million in “need based financial aid” goes to those students.

Also, Murphy said the school doesn’t need to build the parking garage, but is doing so because it wants to alleviate traffic in surrounding neighborhoods and plan for decades into the future. The school could move ahead with constructing a performing arts center without building the parking garage, he said.

“Please understand that Mater Dei High School did not have to complete this project,” Murphy said.

However, plans to build the parking garage are also upsetting some of Mater Dei’s neighbors. The school is building the structure where there are residential homes, and the owners have complained that Mater Dei officials have acted unfairly in negotiations to acquire those properties.

City staff is recommending setting a fixed amount of $2.5 million if the council chooses to grant the school funding for the improvements, according to an agenda report. Staffers are also recommending against provisions they say could increase costs by requiring the city to expedite construction and give Mater Dei too much control over the work.

But to grant the funding, officials would either have to dip into the city’s reserves — which they acknowledge could affect the city’s bond credit rating — or steer money away from other priorities. If council chooses the latter option, “this would be the first time in three years that programs would be reduced or cut,” the staff report notes.

That’s not likely to be received well by residents and city activists who have clamored for services in recent years and a greater role in city leaders’ decisions on the municipal budget, which is also on the agenda for Tuesday night.

Meanwhile, some council members have bristled at Mater Dei’s funding request, describing it as last-minute and hinting that the school was trying to push it through via its relationship with Mayor Miguel Pulido.

Councilman Sal Tinajero told Murphy at the March meeting that the council has “significantly changed the way business is done on the dais” and that it’s important to speak to all council members.

The admonishment was a subtle reference to an older era when Pulido had far more singular control over high level city decisions. Council members have since shifted control of the city bureaucracy from the mayor by replacing the city manager.

Councilman Roman Reyna was more direct in a comment on Facebook – “the mayor is trying to get this through,” he wrote in response to a resident’s question about the funding request.

So far, only Councilwoman Michele Martinez has outright opposed the allocation. In a Voice of OC interview, she said “there are more pressing things than trying to help private entities,” and that, with Orange County having more millionaires per capita than anywhere else in the country, Mater Dei should have no problem raising money.

Murphy told the council in March that if the funding request is rejected, the school will raise the money privately.

“If you say no, it’s a different time, a different era, I will accept that,” Murphy said.