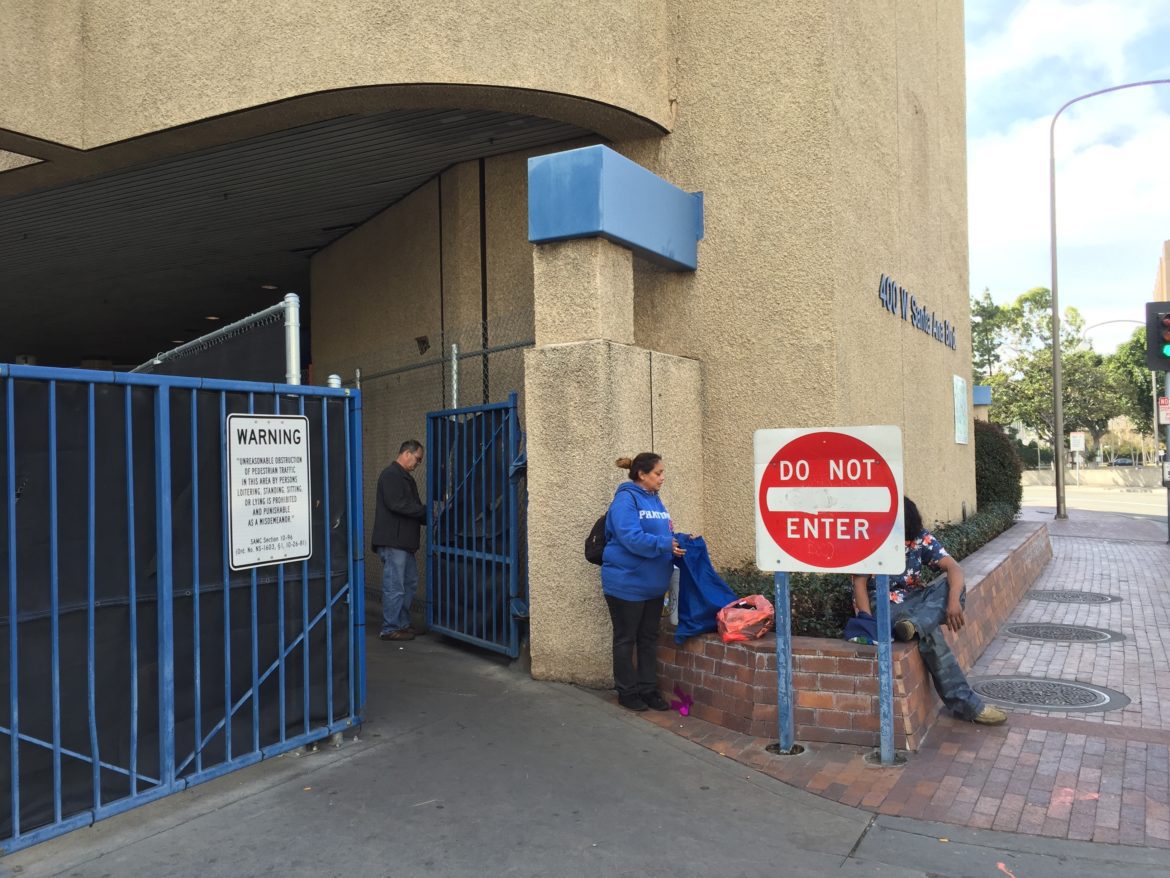 After nearly two years of public prodding, and most probably because of all the wrong reasons, Orange County supervisors this week may actually start doing the right thing on homelessness.

This Tuesday, supervisors are scheduled to create hundreds of new, temporary beds available to those in need at the Civic Center in downtown Santa Ana.

I’ve been publicly raising questions about whether an abandoned bus terminal near the Civic Center could work as a resource center for homeless people.

Now, according to public documents filed late last week, it looks as if the bus terminal has a more uplifting name.

I hope and pray it becomes a place where lives turn around.

According to the supervisors’ supplemental meeting agenda, it looks as if the county will contract with LA’s Midnight Mission and CityNet to open the bus terminal as a resource center of sorts with space for up to 300 beds. And, according to public documents, it will have a healthy budget of $1.4 million in general fund dollars.

According to the publicly posted contract negotiated with the Midnight Mission, it looks as if the money will be used to provide “safety net services, including shelter and connections to service providers.”

The contract also makes some interesting and refreshingly frank admissions on storage and security that I think go a long way toward getting help to the right people.

It notes the goal is to “be low-barrier and engagement rich to provide people experiencing homelessness a pathway to service connections, health care, housing and stability.”

According to the contract, during the day the courtyards will be utilized as a
drop-in center, “serving an estimated 250 to 450 guests seeking a safe place, service connections, hygiene services, showers and restrooms, a meal, and place to rest.”

At night, the center will be used as an overnight shelter, which according to the contract, “may accommodate up to 300 beds.”

The Courtyard Transitional Center is expected to be open 24/7, 365 days a year.

From the agenda documents and contracts I reviewed, it looks like the “The Courtyard,” as the documents rename the area, is straightforward.

“The site can be accessed by walking in. Up to 300 nightly beds will be available on a first-come-first-serve basis. A space plan will be drafted for the site to ensure a degree of privacy by gender, those with a pet, or couples. The goal will be to provide a safe, secure sleeping area to those in need. It is anticipated that the service needs of most of the homeless guests to be high, and have developed staffing plans based on addressing those needs while keeping everyone safe.”

According to the main contract, the Midnight Mission will “expect that guests will be allowed to bring a personal sized bag/box/sack/luggage (approximately the size of a knapsack) into their sleeping area.”

Additionally, the contract stipulates that an on-site storage area will be provided for items such as shopping carts, bicycles and other larger items.

The storage area will provide guests with a bin.

The contract notes the expertise that all three agencies have built up in the area over recent years and calls on public workers and executives to help lead the development of best practices for running the center.

The contract also highlights the seriousness of responsible storage — in order for homeless people to trust the facility and use it.

“CONTRACTOR recognizes that guests value their belongings, and CONTRACTOR will work with every guest to find the balance between creating a safe and sanitary environment while honoring the value of personal possessions.”

There also seems to be a healthy attention to security while being flexible to the situation. Note that the center part of the bus terminal was historically used as a deputy sheriff station.

According to the contract, “security is in place 24 hours a day, seven days a week, to help provide a peaceful environment for those seeking services and respite from the streets.”

In addition to the proposed large item storage and the bed storage, Midnight Mission officials may also make small-box storage available at the security desk, which consists of no-questions-asked “safe-store” boxes for any guests who wish to safely store personal items.

According to public documents, services to be provided include:

On-site service provision and linkages will include, but not be limited to:

County officials also must have been satisfied with their environmental reviews during the escrow before purchasing the facility (although they have never said anything publicly) because in the contract they agree to cover all users on any toxic-related lawsuits.

So it looks as if we have a decent start. One where new players – Midnight Mission and CityNet – are being introduced to local homelessness service delivery and a new multi-use facility  is being quickly deployed to respond to the situation.

Earlier this month, supervisors also announced another contract with Mercy House to operate a homeless shelter in Anaheim.

Yet we still need a public strategy.

Voice of OC is considering convening a regional conference on homelessness. The aim would be to learn why other places — like Salt Lake City Utah, Phoenix, Arizona and San Antonio — seem to have made real strides in ending street life for so many while we haven’t.

Given this year’s election calendar, we could also ask our county and city officials to join us and offer their own plans for combating the crisis.

What do you think?