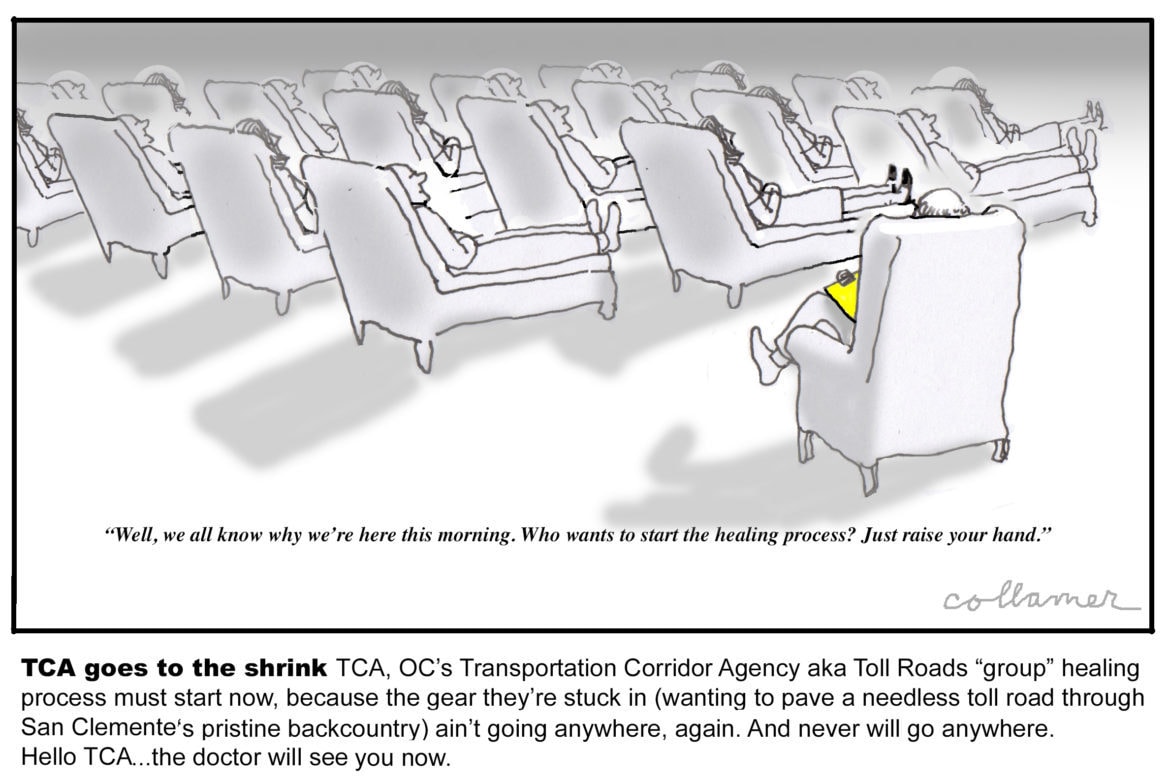 Can an agency collectively benefit from group therapy? Inquiring minds would like to know. Toon by Jerry Collamer.

TCA’s been “denied” their dream toll route
literally, by everyone with an official say in
the matter including tens of thousands of
OC south county and SD north county
residents. 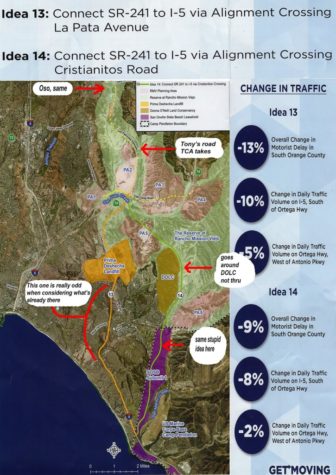 Transportation Corridor Agencies has two proposed routes, one, 13, would colonize the newly-built La Pata, then veer off into destroying hill after hill, cutting through newly built communities. Their other one, 14, is the same alignment rejected again and again in 2008, except that they avoid the Donna O’Neill Land Conservancy (DOLC). The only hope for them is if the Coastal Commission agrees to approve a useless and destructive road that takes over a state park. Map defaced by Jerry Collamer

But there they were, hosting a forum, here
in San Clemente, Weds evening, in the town
who’s city council voted 5-0, No Toll Road
anywhere within our borders. So it hits me
as I stroll past TCA’s 13 info stations, TCA
moderators extolling the virtues of their
brand new 2016 Plan, which is just a
reshuffling of deck chairs on TCA’s Titanic
of a toll route dream-denied scheme,
to make a grown man scream.

I’m not a psychiatrist, but I have a question
regarding TCA’s collective sanity, and or
total lack of, as I introduce this age old truism
from Einstein, or Twain, or who knows:

“Doing the same failed thing, over and over
again, expecting a different result, is a sure
sign of insanity”

This cannot be denied.