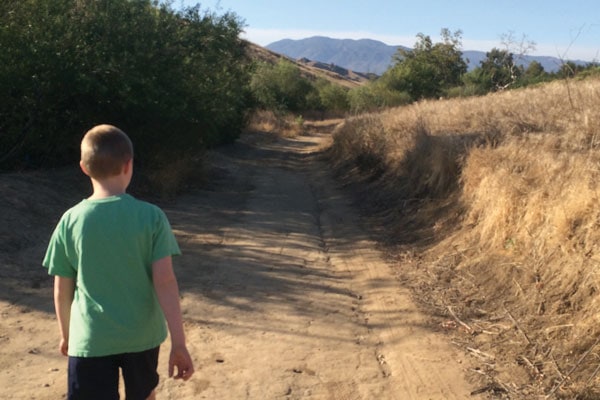 Just like infrastructure such as roads, libraries, powerlines, and water lines play a pivotal role in our civilized society—so do parks.

While Friends of Harbors, Beaches and Parks (FHBP) often focuses its conservation efforts on wilderness areas, the reality is parks in urban areas are just as important to the human spirit and experience. The Boeing Corporation provided a generous grant for FHBP to study urban parks, specifically their locations and accessibility—and develop recommendations to improve the barriers that prevent access and use.

From earlier research in 2012, where FHBP analyzed the Park Scores for each Orange County city. Park Scores indicate how many park acres there are for every thousand residents. From this information, we narrowed down three park poor cities to feature in this study: Stanton, Westminster, and Garden Grove. These cities have well below the recommended standard for park acreage in proportion to the number of residents. We worked closely with each city to get details of their parks and park programs. After touring each park, we noted similarities in amenities offered, like barbeques, picnic, and active sports facilities (such as basketball courts, tennis courts, soccer fields, etc.). Some parks were quite unique, while others were a typical neighborhood park. 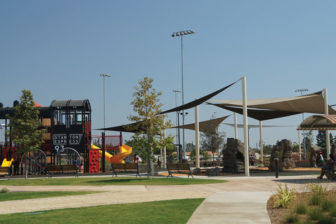 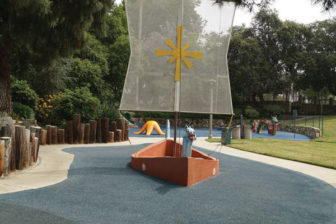 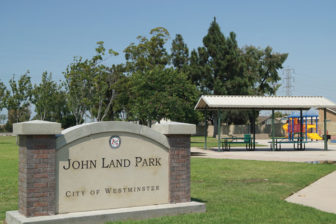 We were pleasantly surprised at the park facilities, community programs, and public-private partnerships the cities had developed in trying to make parks a priority in their communities. After researching local park accessibility and sufficiency issues, FHBP provided meaningful solutions to overcome the challenges with existing parks. While the simple response to increasing

access or reducing barriers is to say, “just add more parks where they are needed”—that isn’t always achievable or it would likely have already happened. When a city is built out, there is literally no more room for parks.

With more than a dozen innovative solutions featured in the Park Study, cities with limited ability to expand existing parklands now have an array of ideas to incorporate as funding becomes available or prioritized. The recommendations are both replicable and scalable to all jurisdictions, not just park-poor, urban, and built out cities. The full study is available on our website.

A few of our recommendations include:

A parklet is a temporary or permanent extension of the sidewalk that allows people to use the street for community space. Parklets present opportunities for art, greenery, bicycle parking, or demonstration areas. Restaurants, coffee shops, bookstores, and other neighborhood gathering places could provide space to create a parklet.

Bring Nature to the City 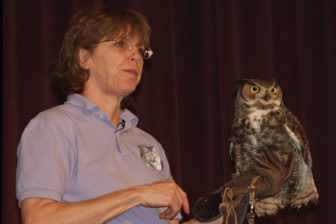 Nature of Wildworks – One study recommendation is to engage residents through presentations about wildlife.

Numerous organizations already exist that can provide residents with a personal experience with wildlife ambassadors. These programs could educate the populace and increase their understanding and appreciation of nature by active, managed exposure to it.

Pop-Up Parks, an evolving concept, gets people outdoors and can breathe life back into an otherwise highly engineered environment. They can be set up as temporary locations for activities such as music education, rhythm and dance, calisthenics, yoga, libraries, bike shops, and more.

Based on the economics of park-poor communities, it is likely many residents will never have been camping. Cities could explore this idea and provide an Overnight Camp Out in one or more of the local parks. Partnering with recreational focused stores means free or highly discounted rental fees for camping equipment (like sleeping bags and tents).

By converting passenger vans into mobile focal points, cities could bring activities to the people. These vans could rotate locations, provide activity options (games, books, sports equipment, etc.), and with varying time frames. If you can’t create new parks by adding parkland, create new parks by bringing the recreational opportunities to the people.

The report contains these and many other recommendations. In fact, some of these ideas had already been incorporated by our featured cities. Stanton had partnered with local businesses and used park bond funding to design and build its new Central Park, Garden Grove held popular Concerts in the Park to engage residents during the summer, and Westminster is building walking paths along Hoover Street in a Rails-to-Trails project. These are all great steps taken toward improving park experiences and opportunities for residents.

Cities should consider incorporating these ideas as funding is available. Conversely grants or partnerships may provide funding as well—be creative! FHBP aims to provide our leaders with unique, innovative, and replicable ways to increase green spaces locally. Residents will benefit from being engaged with their community and the outdoors. Our cities are well positioned to convert these opportunities into realities.

Melanie Schlotterbeck is the Green Vision Coordinator for FHBP. In that position she manages multiple conservation coalitions and updates the Green Vision Map. For the last decade she has worked closely with the Orange County Transportation Authority on its Environmental Mitigation Program.