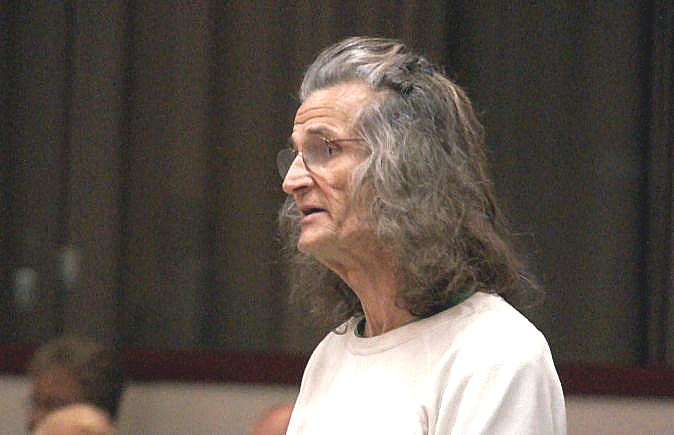 On Election Day earlier this month, while the citizens of Orange County were exercising one of their most cherished freedoms by casting ballots, the county’s elected Board of Supervisors was busy changing their rules to limit how often and how long people can speak at public meetings.

Under the previous rules, members of the public could address the board when individual action items come up for up to three minutes per item, and up to nine minutes total per meeting. There was also a general public comments period near the end of the meeting for topics not on the agenda.

That all changed on Election Day, when the board voted to stop allowing public comments when individual items come up. They instead moved all public comments to the beginning of their meetings, where each person now has a single three-minute speaking period, regardless of the number of agenda items they want to address.

The new restrictions – which were buried on page 110 of the meeting’s supplemental agenda document without a staff report – were put forward by Chairwoman Lisa Bartlett, who argued they would make it easier for the public to comment quickly without having to wait for hours to speak.

“It’s a matter of making more efficient use of everyone’s time, particularly to the public, and being deferential to their important time, and not having to spend an ungodly amount of time here sitting in our chambers before an item comes up on the agenda,” Bartlett said at the time.

The new restrictions were approved 4-1, with Bartlett and supervisors Michelle Steel, Shawn Nelson, and Andrew Do voting for it, and Supervisor Todd Spitzer voting no.

The law states that limits on public comments “are to be ‘reasonable … to ensure that the intent’ of accommodating public comment ‘is carried out,’” Francke wrote in an email. “A flat limit of one three-minute comment per meeting appears arbitrary rather than ‘reasonable.’ ”

Supervisor Todd Spitzer, who was the only supervisor to vote against the measure, said that while he supported moving a comment opportunity to the beginning of meetings, he was worried about the restrictions from speaking during individual items.

“I am concerned that we are limiting a person’s ability to speak to us on all items to the very, very beginning, when we may not get to the item for hours and we’re removing that right to at least speak on an agenda item close to the time we’re actually gonna debate it or deliberate it,” Spitzer said.

He added that people who come to speak on two or three different items would have to condense all of their comments into three minutes.

Bartlett politely pushed back, saying she plans “on taking copious notes with the public comments” so she knows what was said when the items come up later in the meeting.

The restrictions were largely targeted at three local residents who for years have come to the meetings to speak during multiple agenda items about their grievances.

One is Michael Klubnikin, who regularly lambasts supervisors as being part of what he claims is a conspiracy to illegally seize his mother’s properties. In 2012, supervisors responded to his comments by capping commenters to nine minutes of comments per meeting.

“You guys take a blankin’ jackhammer to anything when it deals with public comment, because you do not want to know the truth!” Klubnikin told supervisors on Election Day just before they approved the policy changes.

“You can’t handle the truth,” he added, using a deep voice to repeat Jack Nicholson’s famous line from the film “A Few Good Men.”

The other two commenters who have drawn the ire of supervisors are Ilya Tseglin and his son Robert Tseglin, who frequently claim the county’s Adult Protective Services and Public Defender’s office have been involved in illegally removing Ilya’s autistic son Nate Tseglin from their Irvine home and placing him in a facility where they say he’s been mistreated and put on harmful medication.

Joining Spitzer and others in criticizing the new rules was Darrell Nolta, a longtime Westminster resident who has earned praise from some supervisors in the past for his comments.

He said the board’s public meeting time – Tuesdays at 9:30 a.m. – is already impossible for many people to attend given their work schedules, which underscores the importance of not further restricting the public’s right to speak.

“In terms of the right of the people to come and confront the government through speech, to petition the government, there is no doubt there is this movement by the Board of Supervisors to suppress our right to speak in front of you,” Nolta said.

“Right now, for the most part, we have the same three people who come to talk about actually the same issue every time. It doesn’t matter what the agenda item is or isn’t…it’s just they’re making a mockery.”

At this Tuesday’s supervisors’ meeting, the first full meeting under the new rules, Klubnikin vented his frustration.

“You guys put a sword through public comments!” he said, clearly upset. “Shame on all of you…How dare you take away public freedom to speak!”