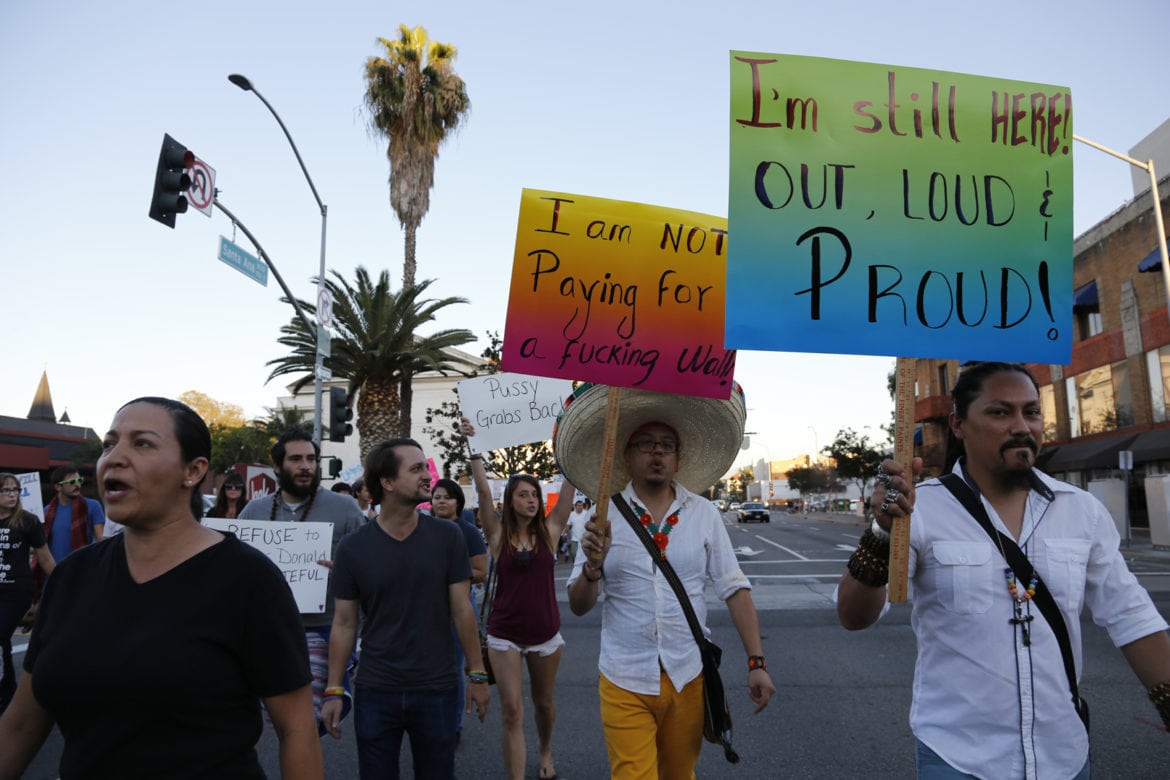 Protesters show off signs airing their complaints against the President-elect Donald Trump as they march in downtown Santa Ana.

“There’s so many people that [Trump] has expressed violent rhetoric towards,” said Loreta Sierra, the 20-year-old Santa Ana College student who organized the protest. “It’s a message of solidarity from all of us who feel scared at this time.”

As they marched, protesters chanted slogans including: “Say it loud, say it clear, immigrants are welcomed here!” At the courthouse, several speakers addressed the crowd. 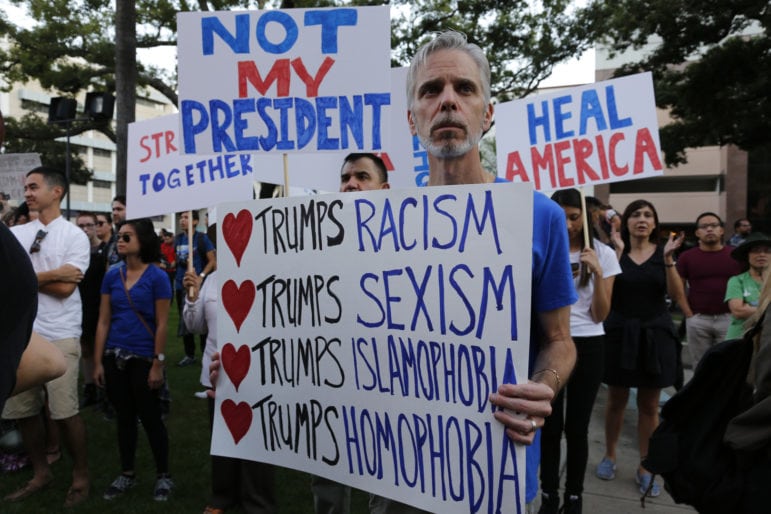 Protesters show off signs airing their complaints against the President-elect Donald Trump as they march in downtown Santa Ana.

They urged the largely Latino crowd to rise up against Trump’s hardline views on immigration and other human rights issues, and to begin working now to break the Republican Party’s grip on the U.S. House and the Senate in the 2018 mid-term elections.

“I refuse to let Trump to continue to divide us,” Dannie Lesena, a Latina transgender person told the group. “My marriage absolutely matters. I’m not okay with Trump and (Mike) Pence trying to do conversion therapy.”

Lesena called for unity and for everyone to get involved with government, starting at the local level. “Help us hold our legislators accountable.”

Sunday’s action against Trump in Santa Ana mirrored those that have taken place across the country since his shocking victory over Democrat Hillary Clinton in last Tuesday’s election.

Rida Hamida, a Muslim woman of Arab and Palestinian descent, told the courthouse crowd she was offended by Trump’s rhetoric toward Muslims.

“I ask you, president-elect, to condemn violence,” Hamida yelled. “I will not silence! I will not be afraid! I will not take off my Hijab!” 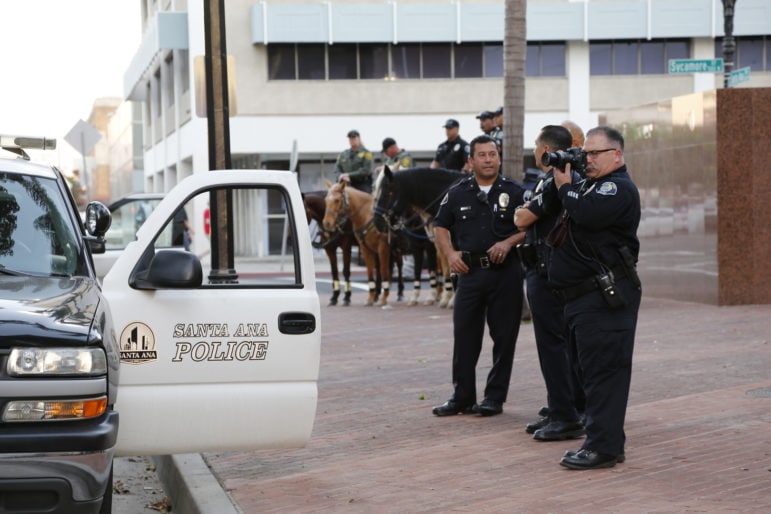 Santa Ana police monitor the rally at the old courthouse — one officer takes photos of the crowd.

Others said they are concerned not about what Trump’s election means for themselves, but for others.

“I’m not looking for more privilege, I got plenty. I want to live in a country where everyone has a fair fucking shake,” said Bax Baxter, a white community activist.

“I was part of the problem. I thought Hillary (Clinton) was just going to blow it away. I think the attitude, ‘we are walking away with this one,’ kept people home,” he said.

Shahir Masri, an environmental sciences graduate of Harvard, said he’s trying to organize a grassroots effort to help the Democrats gain a majority in the House and Senate with his group, “Orange is the New Blue.”

Among the few bright spots for local progressives is that a Democratic nominee for president won Orange County’s vote for the first time since the 1930s.

“I think we have a lot of liberal people in the county, but we don’t have a lot of people voting,” Masri said. He hopes to target the youth vote. Of the 1,535,967 voters in Orange County, about 1.2 million voted in this election, according to Registrar of Voters Neal Kelley. 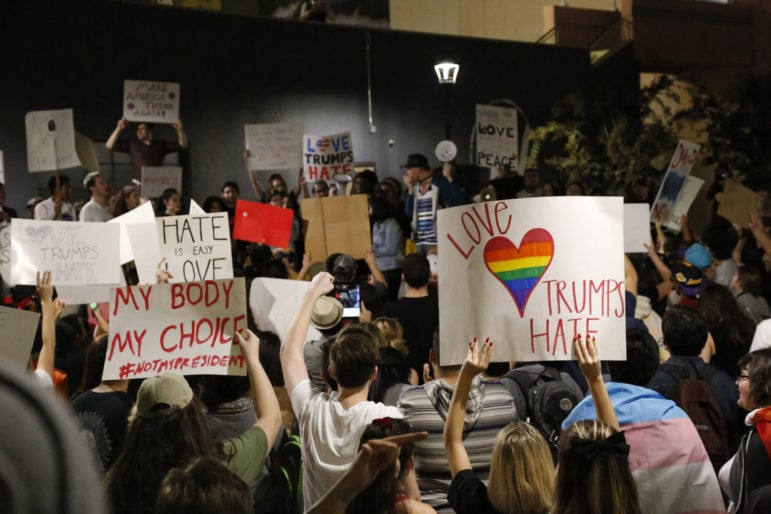 Protesters at Plaza Calle Cuarto for a final rally as night falls.

After the rally, the protesters made their way back down Fourth Street, ending at Plaza Calle Cuatro on Fourth and French streets.

Santa Ana Police Department Commander Ruben Ibarra said there was no arrests or any violence from the protest. “It was very peaceful,” he said.

Spencer Custodio is a Voice of OC contributing writer. Please contact him at  [email protected]