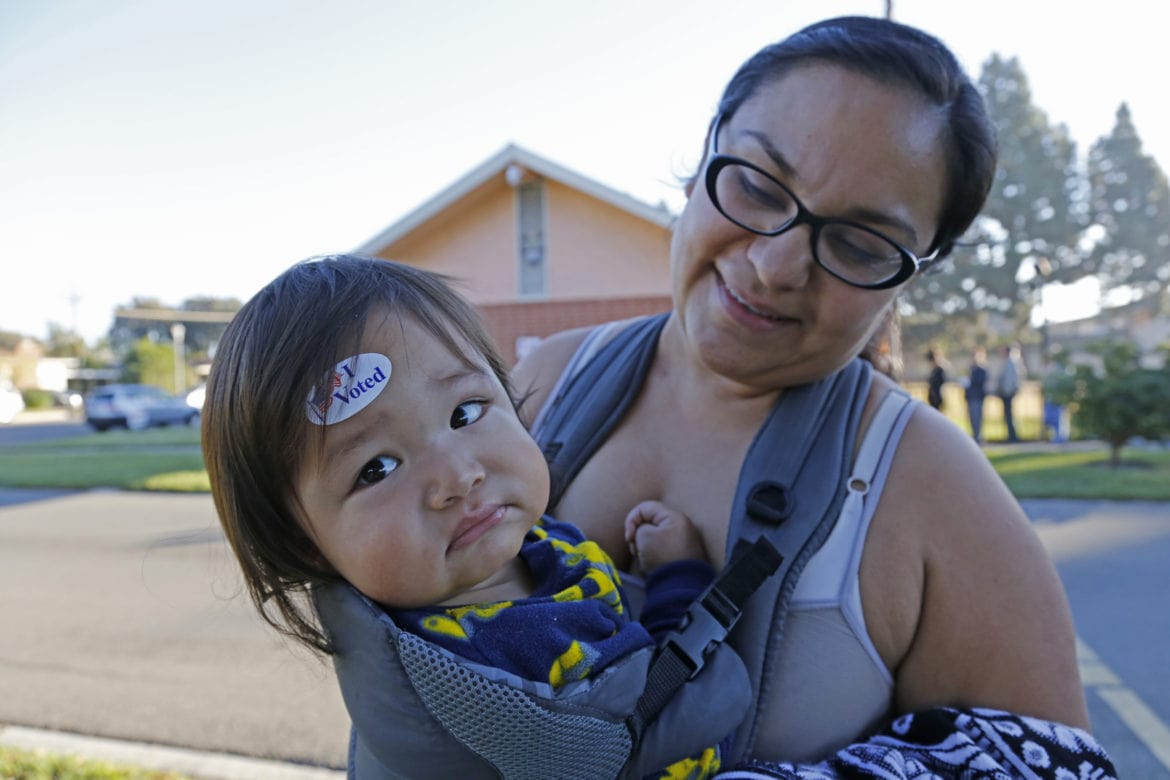 After months and months of rhetoric, speculation and an endless stream of attack mailers, Election Day arrived on a sunny Tuesday in Orange County.

The election, on both the national and local levels, is one of great consequence to county residents. And the early indications are that voters rose to the occasion.

The Registrar of Voters is reporting that more than 500,000 vote-by-mail ballots were turned in. And our photographer hit the streets early this morning and found long lines and enthusiastic voters at one polling place after another.

Here are some scenes from Election Day: 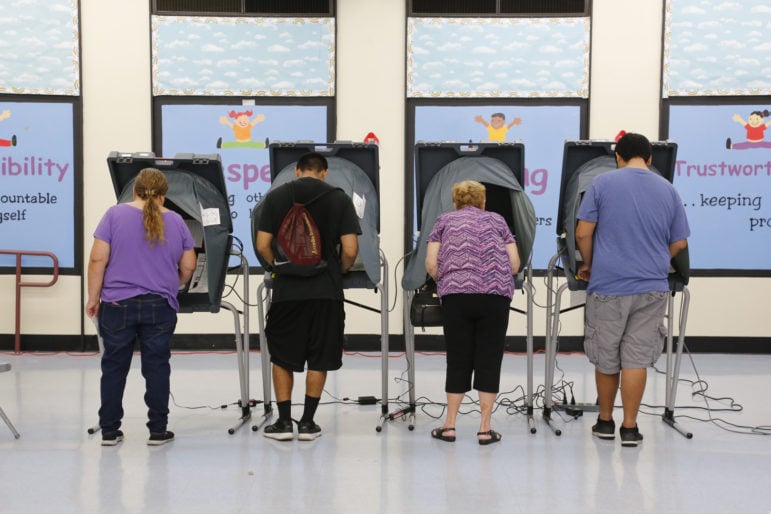 Voters casting their ballots at the Lowell Elementary School on Flower Street in Santa Ana. (Photo by: David P. Senner) 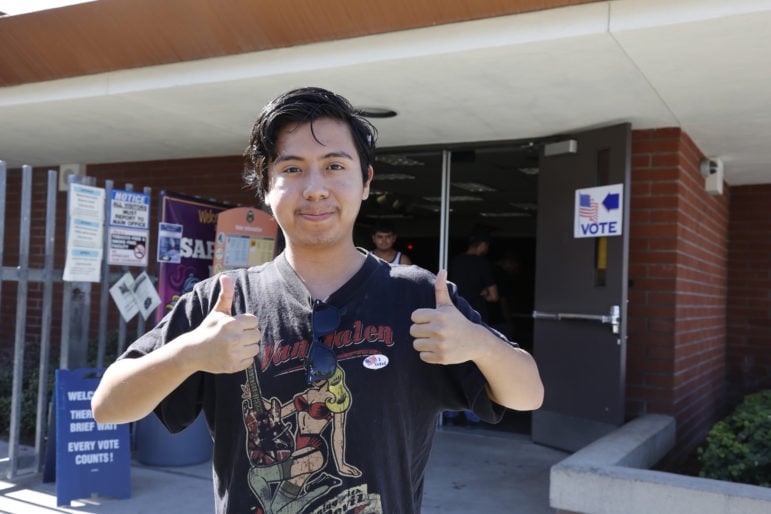 Francisco Mendiola of Santa Ana is all thumbs up after casting his first presidential ballot at Kennedy Elementary School in Santa Ana. (Photo by: David P. Senner) 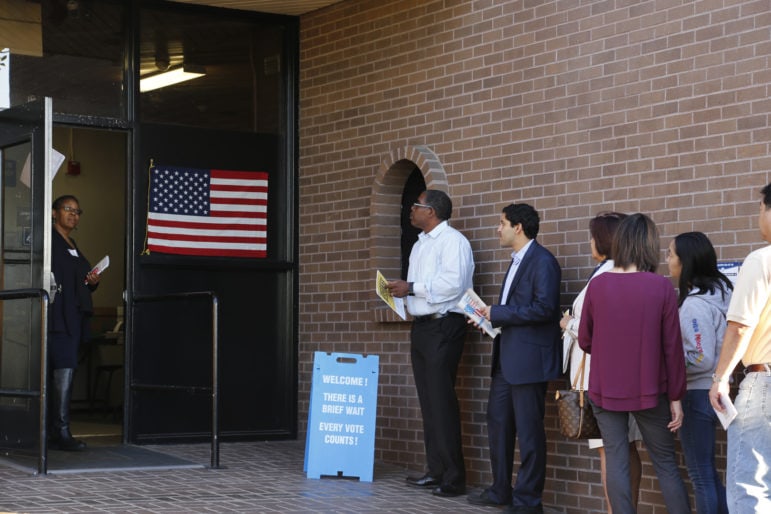 Doors at Sunny Hills High School in Fullerton open up to waiting voters at 7 a.m. (Photo by: David P. Senner) 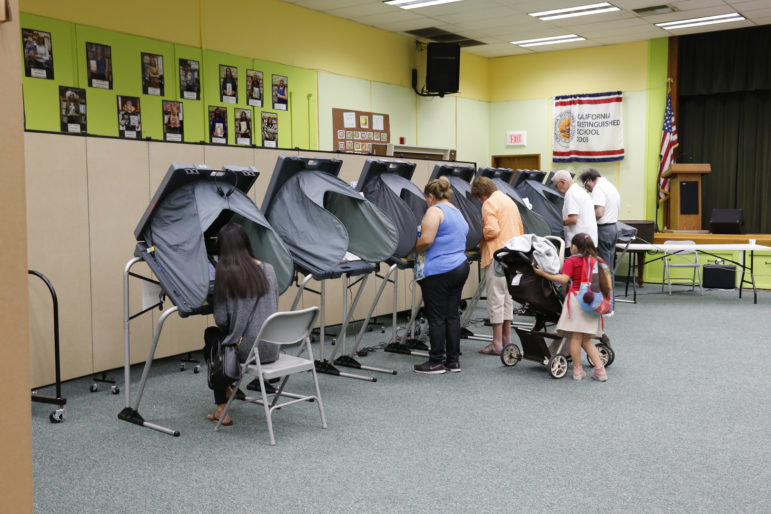 While adults vote at Santiago Elementary School in Santa Ana, older youngsters look after the little ones. (Photo by: David P. Senner) 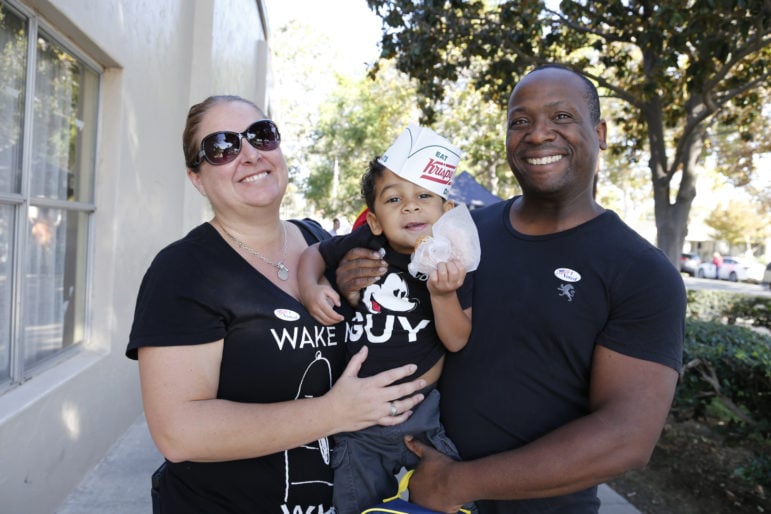 George and Jessica McClure enjoy the afterglow of having voted at Santiago Elementary School in Santa Ana, while their son Arik enjoys his donut. 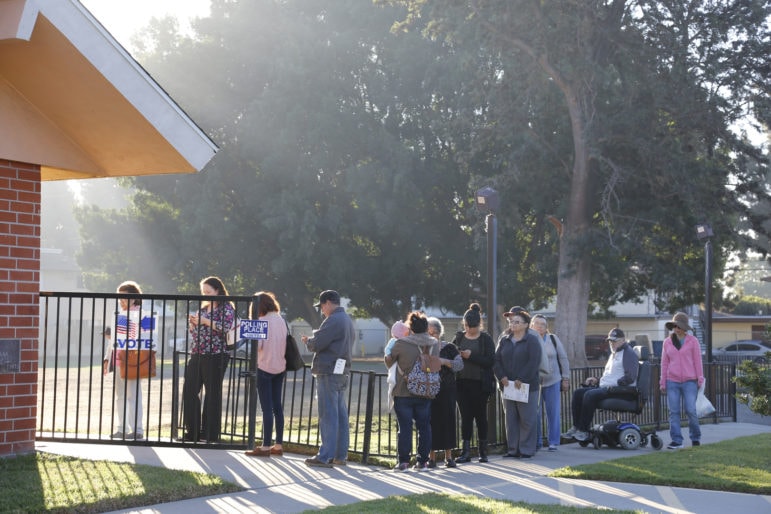 The line is long in the early morning at Grace Lutheran Church in Anaheim. (Photo by: David P. Senner) 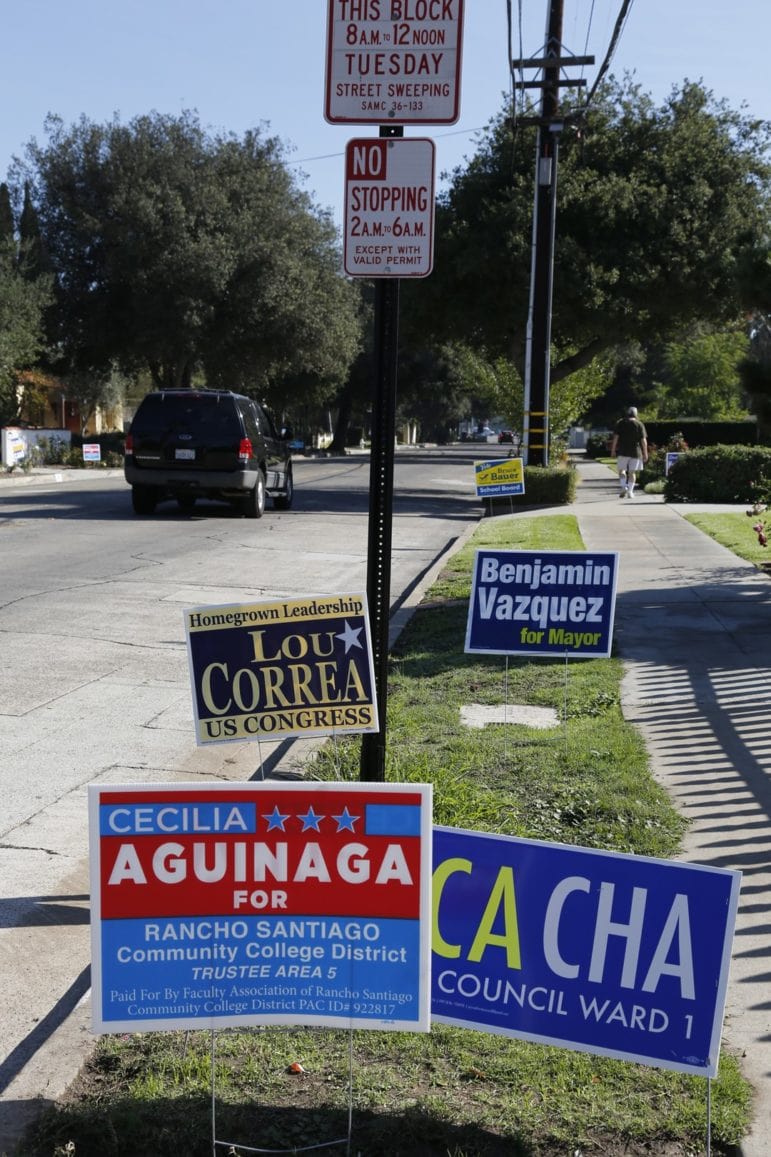 Campaign signs enjoy their final day in the sun along a Santa Ana street. (Photo by: David P. Senner)