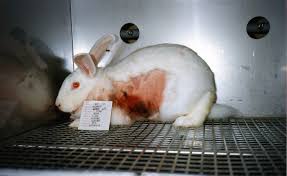 Orange County Supervisors are busy patting themselves on the back for the large number of animals they gave away recently, thus reducing the numbers of animals held captive at the 75 year old shelter, many of whom were likely going to be killed either because they were too young, too old, got sick after being placed there, or barked aggressively after being left in conditions that mirror holocaust surroundings.

Fees were waived and people had to pay only $27 to cover the rabies vaccination. Hundreds of pets were released.

But the dirty little secret behind all this is that programs such as these are frowned on by almost all reputable agencies and rescue groups. Why? Because when you give away these animals for free or very low cost, you are going to attract people whom you don’t want. 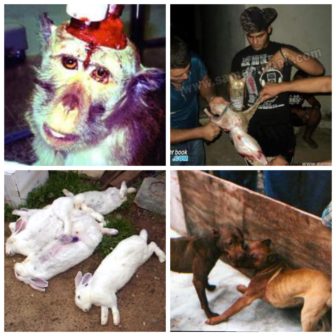 BUNCHERS – use free and no-cost adoptions to round up animals that are used for testing for commercial products. These animals undergo unthinkable tests by manufacturers who eventually kill them after they have been blinded, infected, and/or maimed.

DOG FIGHT PROMOTERS – use these animals as bait in dog fights, or simply to keep the fighting dogs in shape. These animals die unspeakable deaths.

SADISTS – as difficult as it may be to believe, there are people who desire to inflict pain on animals. Statistics indicate that a large proportion of criminals have animal abuse in their background.

CULTISTS – animals are sacrificed in any number of cult rituals, especially satanic cults. Sometimes the animals are killed all at once, but other times they are systematically dismembered and the various parts used in different aspects of the rituals.

FEEDERS – many smaller animals are used to feed larger animals, like pythons, alligators, etc. Often they are fed alive to the large predators.

Usually these types of people troll Craig’s list and newspapers looking for ads that say “Free to Good Home”. But when a shelter holds an event like Orange County has been holding, this is truly Christmas for these miscreants.

Because I was concerned that Orange County Supervisors and shelter staff were unwittingly giving away pets to end up being taken by one of these awful people, I asked my City staff to find out what special precautions were being taken to screen out these people.

Much to my chagrin, I learned that nothing special was being done. Thus, we can reasonably expect that some proportion of the hundreds of animals release by the County ended up in even more cruel and unusual circumstances than they were living in at the County shelter.

The low cost programs are a shameful way to reduce the shelter population. The Board of Supervisors and the County staff should immediately take steps to screen applicants who want to adopt animals, in general, and more specifically when they have these low cost events.

An even better solution would be to make it easier for rescue groups to work with the County. Among rescue groups Orange County is notorious for being the most difficult shelter to work with and the most expensive to negotiate with. Other shelters are more responsive and charge much less than Orange County does. By making it easier for rescue groups to draw from the County, people who want to adopt pets would be put through much more rigorous screening processes. The County has neither the resources nor the desire to screen applicants, but the rescue groups have plenty of volunteers who look upon the pets as individuals and who actively seek positive life-time homes. Indeed, some of these groups are criticized for being “too picky”.

The Supervisors should be less concerned about numbers and think about lives. Simply releasing animals with low and no cost events will result in unspeakable animal abuse. The Supervisors attention would be better spent authorizing free pets to rescue groups so that the numbers can be reduced but we can get the pets into better homes.

The county officials have continued to cloud discussions in secrecy and stop public collaboration and transparency. This practice allowed the current 75 year old shelter to become a dungeon rather than a true shelter for homeless animals.  They need to put their egos and fears aside and do what’s humane and right for the animals as well as the community of Orange County.

Correction: A previous version of this story inaccurately stated that Orange County supervisors were promoting a “12 Days of Petmas” adoption event. While county officials do have a Christmas pet adoption event planned the event mentioned was promoted in Orange County, Florida not California.

Dr. Jim Gardner is on the City Council for Lake Forest. You can check him out on LinkedIn and/or Facebook and you can share your thoughts about the City at Lake Forest Town Square on Facebook. His comments are not meant to reflect official City Policy.

Dr. Gardner was licensed in animal rehabilitation and helped rescue animals during Katrina, the botulism epidemic at the Salton Sea, and during the California oil spills. He started the County’s “Seniors for Seniors” program and for 5 years during the recession helped raise 250 tons of pet food that was distributed to needy people so they could keep their pets at home and not surrender them.