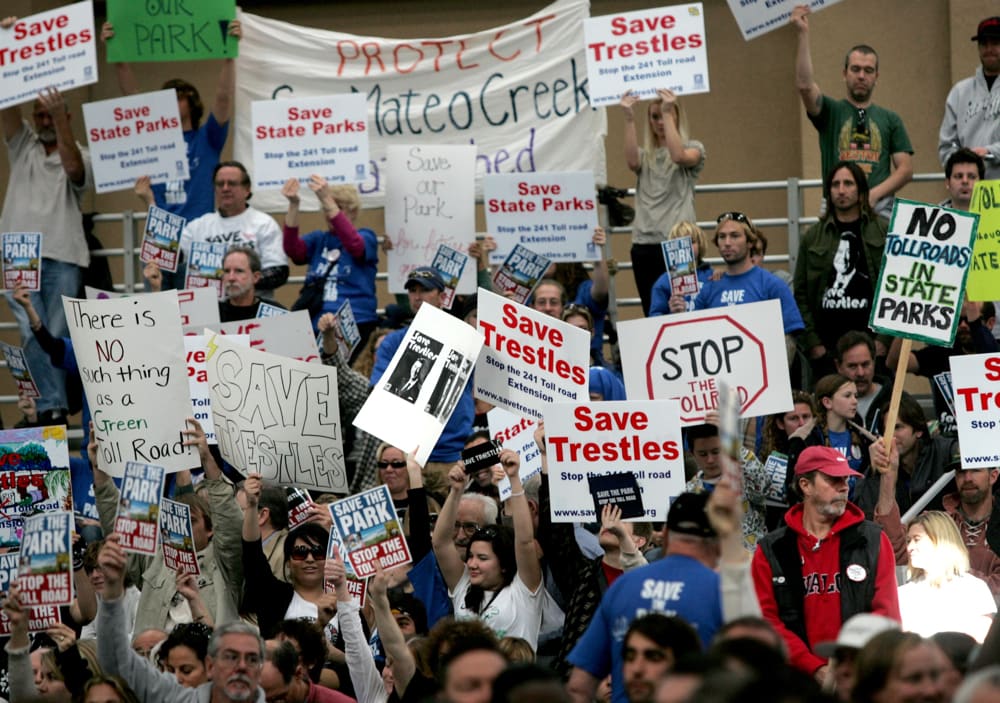 The word “historic” is frequently overused in today’s public discourse. However, few words are more fitting to describe the landmark lawsuit settlement that was reached between the Save San Onofre Coalition and toll road developers, the Transportation Corridor Agencies (TCA), to end one of the most hard fought, long-lasting environmental battles in California history. 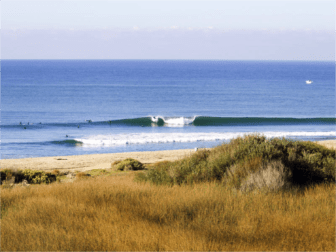 Many Voice of OC readers may recall the long-running dispute between a united environmental community and the TCA, which wanted to build a toll road through San Onofre State Beach, the Richard and Donna O’Neill Conservancy and critical areas of the San Mateo watershed. In addition to impacts on the State Park and the ecologically rich watershed, the proposed road would also significantly impact Native American sacred sites.

As many friends and colleagues will attest, the cries of “Save Trestles” over more than a decade motivated and mobilized thousands to fight and preserve one of California’s most iconic beaches, and the only regular North America location included in the World Surf League Championship Tour. In 2008, nearly 4,000 people attended a Coastal Commission hearing and 3,500 attended a Secretary of Commerce hearing to voice strong opposition to the proposed toll road that threatened environmental and cultural resources. These large, public outpourings gave the Save San Onofre Coalition the momentum and strength we needed to persevere.

In November, the Surfrider Foundation was honored to stand with the Save San Onofre Coalition, comprised of 12 California and national environmental organizations, to announce that 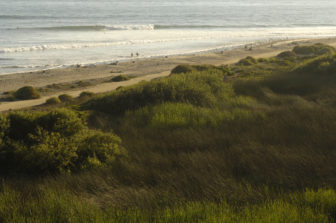 Trestles and San Onofre State Beach are permanently saved from the proposed toll road. After more than a decade, five lawsuits, and countless public hearings, the TCA concluded that they could not build their road as planned, so they respectfully reached out to environmentalists to engage in challenging and productive negotiations to settle the lawsuits. And to their credit, in recent years, the TCA experienced a very healthy change in leadership that produced new thinking and creative approaches to alternatives—without this shift in leadership, the settlement would have not been possible. Not only was success achieved, the lawsuit settlement agreement also highlights that even the most intractable conflicts can be solved.

I’m frequently asked to describe why the settlement agreement is so significant. The most significant and most hard-fought aspect of the settlement carves out “avoidance areas” that requires TCA to refrain from building or funding a road project within an area that includes San Onofre State Beach, the Richard and Donna O’Neill Conservancy and other critical open space, wildlife habitat and cultural resources in the San Mateo Creek watershed. The settlement allows the TCA to move forward with environmental studies on other routes to connect to I-5 and our coalition agreed not to oppose an alternative project that avoids San Onofre State Beach, sensitive habitat, and cultural sites.

The positive outcome of these past 15 years of activism is accompanied by a valuable lesson that I hope we all take with us going forward as we prepare to fight tomorrow’s battles for the protection of the ocean and coasts. Public participation matters! This victory belongs to the public and the thousands of Californians that came to the hearings, wrote letters, and made it clear that a road through our protected lands is the path of greatest resistance. This passion and commitment to our cause was instrumental in helping us achieve victory for the preservation of our coasts. After years of the rallying cry, “Save Trestles,” we can now say “Trestles Saved. Forever.”

Stefanie Sekich-Quinn is a coastal protection manager with the Surfrider Foundation.