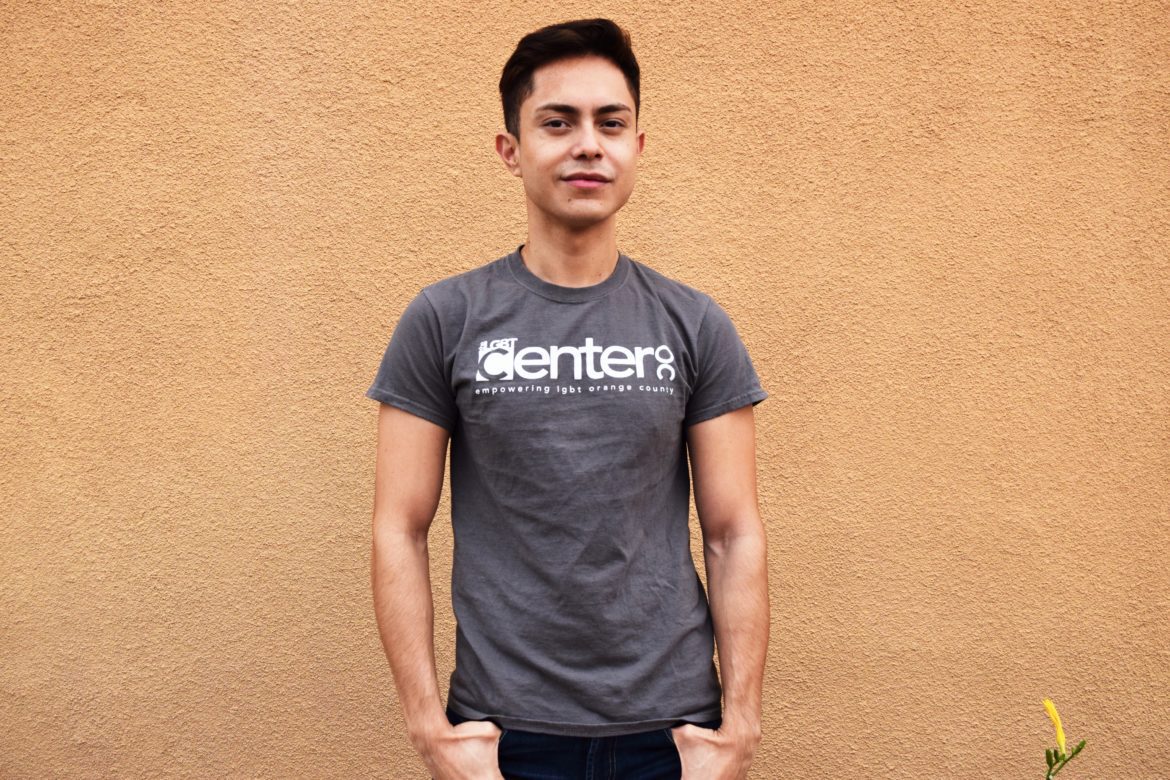 Rarely in American history has the election of a president had a more profound and immediate effect on a specific group of people than the election of Donald J. Trump promises to have on unauthorized immigrants in this country.

In the aftermath of his Election Day victory, Trump signaled that he would back away from some of his more draconian campaign promises, including the immediate deportation of all 11 million unauthorized immigrants in this country and the establishment of a Muslim registry.

However, as the Los Angeles Times reported Thursday, he is still planning to transform the immigration system by, among other things, ending temporary protections put in place for people in the country illegally and widening the range of those targeted for deportation.

And he plans to move quickly – word is he could begin signing executive orders regarding immigration policy in the days, perhaps even hours, after he takes the oath of office Friday. Few places in the country will feel brunt of these policy changes in the same way as Orange County, home to an estimated 250,000 unauthorized immigrants.

Voice of OC contributing writer/photographer Mariah Castaneda has spent the past two months talking to county residents who will almost surely be affected by Trump’s harsh stance on their right to live here.

Here’s what some of them had to say: 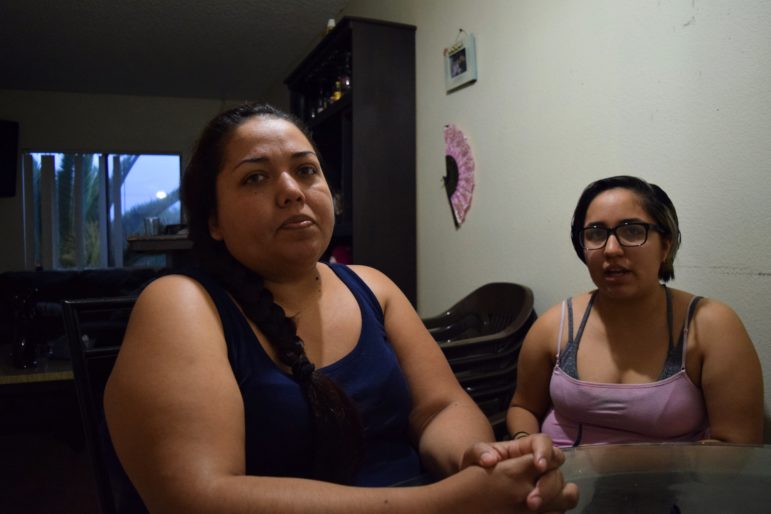 Fabiola Lua, 39, is unauthorized and from Michoacan, Mexico. She is currently disabled due to a fall in a walk-in freezer at her previous job. Lua is not fearful for herself, because she claims to “know her rights.” However, she is worried about Mexican immigrants who speak “dialect Spanish” or indigenous languages.

Lua feels it is easier for non-Spanish speaking immigrants to be harassed, exploited and ultimately deported because they can’t speak any of the prominent languages spoken in the United States. The Trump presidency has led to difficult family discussions in the Lua household about the possibility of her being deported.

The contingency plan at this point is for Lua’s sixteen-year-old daughter, Alba Pitria, to emancipate herself from her mother and fight for guardianship of her two younger brothers. 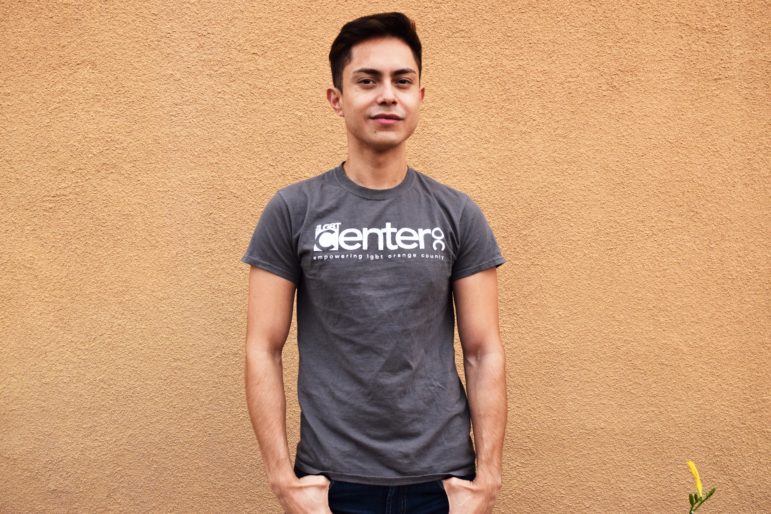 Luis Gomez, 27, came to the United States from Vera Cruz, Mexico when he was 14. Gomez supports his mother, who is also unauthorized. He is able to work through Deferred Action for Childhood Arrivals, or DACA .

Gomez fears that during Trump’s presidency he would lose his ability to work in the United States. If that happens, he worries about not being able to support his mother. Beyond his financial worries, Gomez faces the discrimination that comes with being both unauthorized and LGBT.

“[Unauthorized] LGBT people are a part of two closets, the LGBT closet and undocumented closet, it’s hard enough to come out of one closet, let alone two marginalized communities,” he said.“We become a minority within a minority, which could have profound effects on our social economical and psychological wellbeing.”

While Gomez often worries about whether the information he submitted to the government when he applied for DACA will now be used against him, he tries not to dwell on it. Instead, he focuses on his work at the LGBT Center OC in Santa Ana.

“This isn’t a time to be hiding in the closest, it is our stories that will give a human element to this all,” he said. 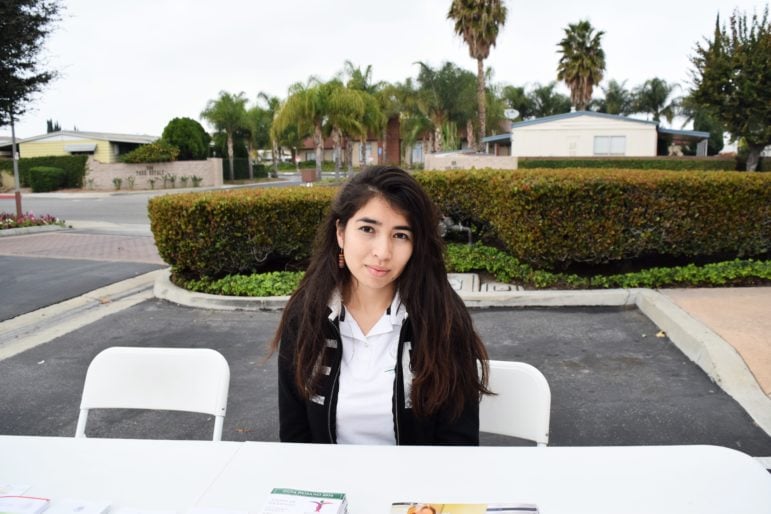 Alejandra Gonzalez, 24, works for the Mexican consulate in Santa Ana providing information about obtaining dual Mexican-American citizenship. She is passionate about empowering those in the Mexican immigrant community and concerned with the narrative of criminal activity by immigrants.

Part of her job is to disseminate information to unauthorized immigrants about what to do when stopped by police. One crucial misunderstanding that Gonzalez worries is prevalent among Mexican immigrants has to do with severity the consequences of driving under the influence.

Drunk driving is not a felony in Mexico, but a DUI conviction very well could be considered a deportable crime by the Trump administration.

“Sometimes they don’t get what a crime means,” she said. “They think that if they drink and drive just once, it cannot be a crime. But if the police stop them, and they have been drinking, it’s a DUI”.

Gonzalez is also trying to push for a more open discussion of domestic violence within the Mexican American community. She is working to make sure that Mexican immigrant women feel empowered and unafraid to speak to police. 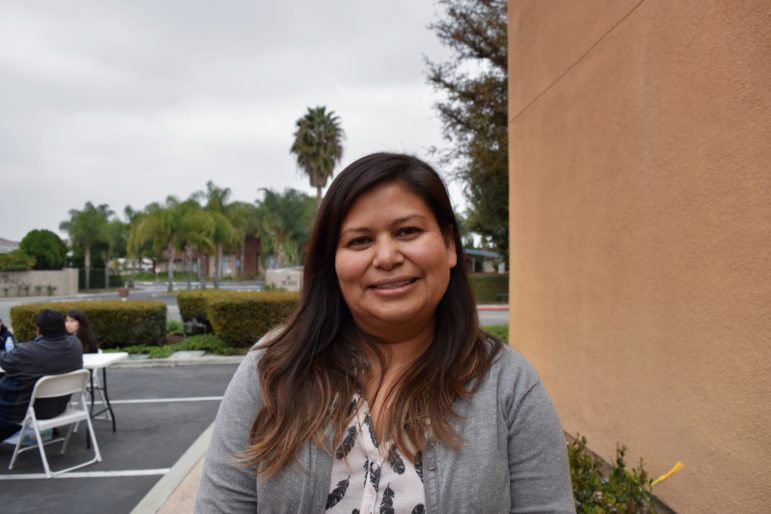 Alma Magana, 41, was stuck in the “immigration process” for 15 years.

It all started when her friend, a paralegal, said she could apply for political asylum, which doesn’t typically apply to Mexican immigrants. Not knowing this, she applied and ended up spending more than $16,000, and not only failed to gain asylum but ended up in deportation proceedings.

“Every time I would go to appear in court, there would be a fee, it was too much money,” Magana remembers. She later found out that her so-called attorney was not allowed to practice law in California and had scammed her and jeopardized her freedom.

To this day, Magana tears up when thinking about how close she came to being deported. She was preparing to leave the country and coming to grips with the prospect of leaving behind her two small daughters. She was also coping with being a victim of domestic violence.

Fortunately, an attorney was able to stop Magana’s deportation. And through another attorney, she was able to obtain a visa to stay in the U.S. because of her domestic violence issues.

In 2011, Magana finally received her legal residency.”I am so grateful to be in this country,” she said. Her daughters, now 23 and 19, are doing well. The youngest is in college and the eldest is now a teacher. Magana, meanwhile, works for KidWorks, a Santa Ana-based nonprofit focused on youth in underserved communities.

Magana says she feels for those stuck in what she calls limbo, referring to the children of undocumented people. Despite the fact that she cannot vote, Magana is determined to change any negative impact a Trump presidency will have on immigrants. 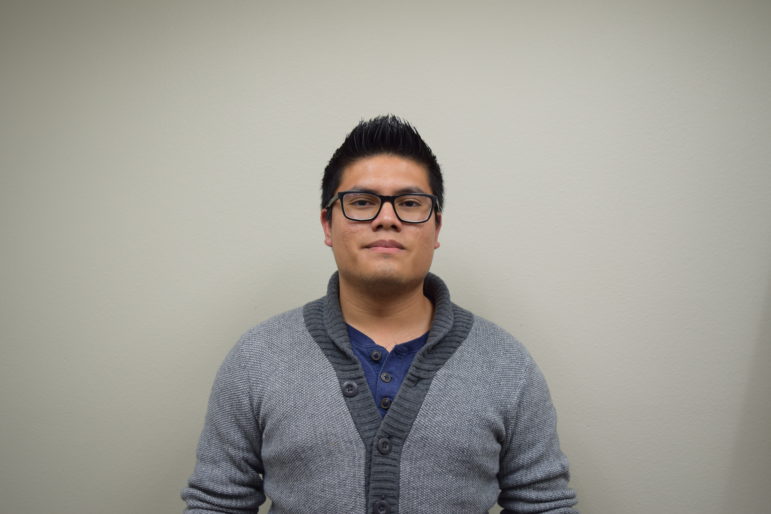 Carlos Parea, 24, said he was not surprised by the election. He believes it is the result of “whitelash or white rage” towards people of color. He says the current the narrative of deportations only targeting criminals is problematic and has already has been normalized.

“Once you dehumanize a person, or a whole subset of people — once you label them as something else, like illegal or criminal you can get away with everything,” Parea said, referring to the dehumanizing of Jews during the Holocaust, and the internment of Japanese Americans.

To Parea, Trump’s rhetoric against Mexican immigrants is nothing new – just more explicit than what he usually hears from politicians. He does not think Trump will have a hard time carrying out mass deportations, due to structures already in put into place during the Obama administration.

He is now working with Resilience OC, a nonprofit that fights deportations and brings to light “the school to prison to deportation pipeline.”

Mariah Castaneda is a student in UC-Irvine’s literary journalism department. She can be reached at mscastan@uci.edu.