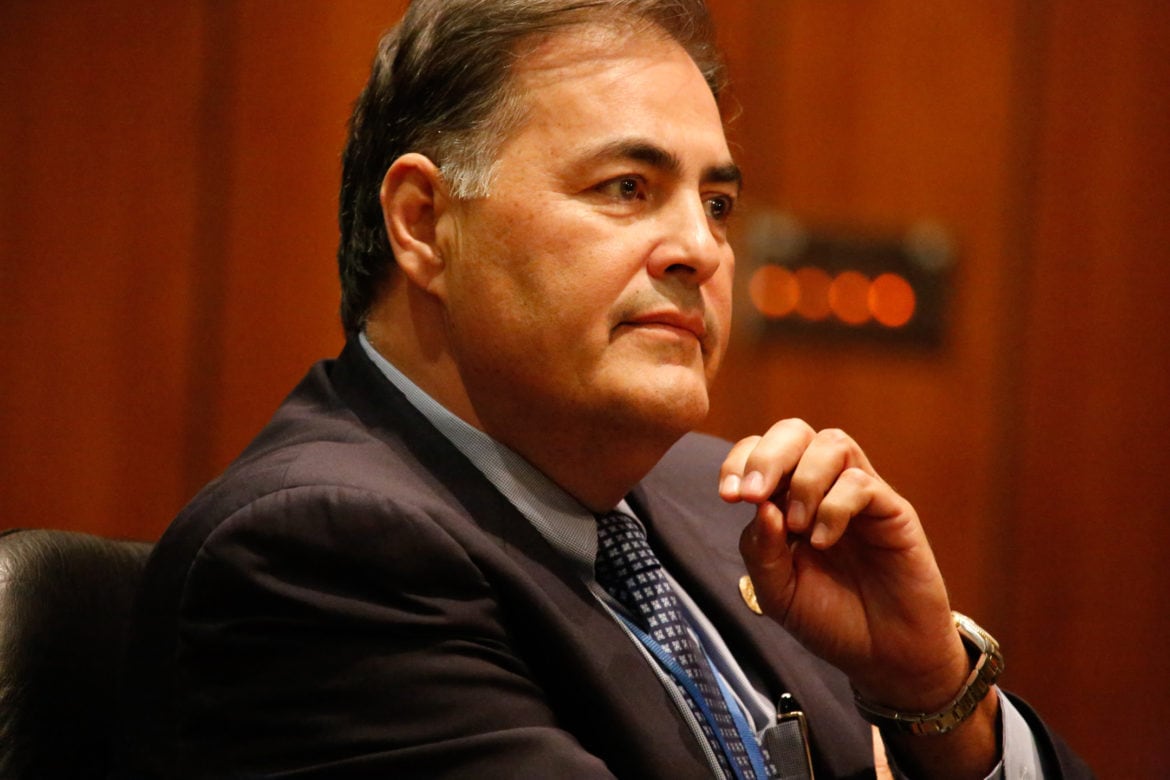 After meeting for over an hour in closed session, the council announced in front of a packed chambers a 4-2 vote to approve a severance deal with Cavazos in which he leaves his job in exchange for $343,224 from the city – equivalent to one year of compensation – plus a cash-out of unused sick and vacation time and $3,500 for his attorneys’ fees.

Under the agreement, which is now legally binding, Cavazos officially ends his city employment when he receives the first part of his severance payment, no later than next Tuesday. (Click here to read the agreement.)

Supporting the deal were Pulido and council members Michele Martinez, Jose Solorio, and Juan Villegas. Opposing it were David Benavides and Sal Tinajero. Councilman Vicente Sarmiento, who previously supported Cavazos but has recently wavered, was absent.

Other than an announcement that the arrangement was “amicable,” there was no public explanation Tuesday, from Pulido or the other council members who voted for the deal, of why Cavazos was being pushed out.

But Benavides and Tinajero, who have been steadfast supporters of Cavazos since he was hired in 2013, were furious. Tinajero called it “a blatant hijacking of the city government.” And residents who spoke at the meeting voiced their strong disapproval.

Cavazos, who has not responded to repeated calls and emails from a Voice of OC reporter in recent days, was not at the meeting.

The four council members who approved Tuesday’s termination deal first put Cavazos on paid leave during a hastily scheduled meeting during the middle of a workday on Dec. 28, when Tinajero, Benavides and Sarmiento were out of town. The stated reason for the leave had to do with a romantic relationship Cavazos has carried on with a city employee, which didn’t violate city policy but has raised ethics and liability concerns.

However, many City Hall observes believe Cavazos’ fate was sealed during the November election in which the police union spent over $250,000 supporting Pulido and helping Villegas and Solorio join the council and replace Cavazos supporters. Villegas defeated incumbent Roman Reyna for the Ward 5 seat and Solorio won a council seat that had been held by Angie Amezcua, who didn’t run for re-election.

The union has been highly critical of Cavazos and Police Chief Carlos Rojas in recent years as Rojas cracked down on police misconduct and dozens of officer positions remained vacant.

Benavides, in an emotional speech towards the end of the meeting, said concerns about Cavazos could have been worked out.

“But ultimately it became just something that you preferred to, to make a point – political point, political payback, bribes, whatever you want to call it,” Benavides said to his colleagues who voted for the ouster. “And I’m extremely disappointed and saddened that the future of our city was tossed aside so that you all can make a point and come out on top.”

“Frankly, through the actions in the last few weeks I…have seen that a few of you care more about your own personal vendettas and issues, than truly the interest of this community.”

He also criticized members of that voting bloc for trying to delay a voting districts measure, by proclaiming their desire to include residents in city processes.

Benavides then left the dais and didn’t return for the rest of the meeting.

Martinez, who spoke next, didn’t respond to Benavides, and instead began by wishing Pulido a happy birthday. But she did say that Cavazos had blown off her calls and emails over the past year.

When she asked for a plan to deal with a spike in shootings in the city, Martinez said, Cavazos “just ignored me because it was Michele Martinez asking,” as did the prior council majority. 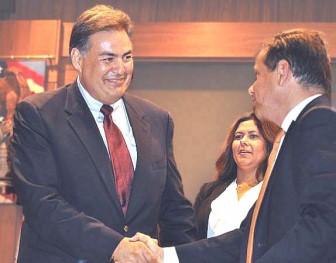 As Martinez indicated, she had personal issues with Cavazos. In 2014 and 2015, he complained to other people that Martinez had expressed romantic interest in him, and then retaliated against him when he rejected her advances. Cavazos never filed a formal complaint, and a city-commissioned investigation later found his claims to be unfounded.

When it was his turn to speak, Solorio didn’t say why Cavazos was ousted, but did at one point say the city manager had been playing a “shell game” with finances, by leaving vacant city positions open and calling the savings a “surplus.”

“We, again, have many many unfilled positions. And that’s not right,” said Solorio, pointing to what he said were 124 vacant general fund positions citywide, of which 95 are in the police department.

“We need to get our finances in order, because they’re not,” he added.

“Our communities have been restored…there’s been equality. And we have seen so much transformation take place, and that’s been because” Cavazos has sat down and worked with community groups, said Sandra Ortega, an organizer with Clergy & Laity United for Economic Justice.

Other commenters were more direct in calling it an effort by the police union to take control of the city and scale back accountability for police officers.

“We feel that this steers the city away from a true democracy,” said Roberto Herrera, an immigration advocate with Resilience OC. “It threatens our democracy to have one specific organization, the police union, have a grip on our city.”

Pulido has so far declined to comment on the police union’s involvement in his election and the city manager’s ouster. The union’s president, Gerry Serrano, has disputed claims that efforts to oust Cavazos are about paying back a political debt to the union.

During the recent election, the union argued that Cavazos and Rojas, the police chief, turned a blind eye to the officer shortage, and its mailers criticized the prior council majority for paying Cavazos $469,000 a year that could instead be spent on adding patrol officers and other services.

Meanwhile, Tinajero has gone so far as to allege that the union made candidates agree to fire the Cavazos and Rojas in exchange for a quarter of a million dollars in campaign support.

“It’s come to fruition. What I said is gonna happen” has happened, said Tinajero, who in November publicly predicted that the police union-backed candidates would move to oust Cavazos.

Solorio disputed Tinajero’s bribery claims for the first time Tuesday, saying that it’s “tradition” for Santa Ana council members to seek union support and that “everybody up here” on the council has is filled out union questionnaires as part of that process.

Tinajero later shot back, essentially calling Solorio’s argument a red herring: “I have yet to see a questionnaire that says, if you fire this person, we will support you. That, I have not seen.”

For the time being, the city will be run by Gerardo Mouet, the city’s longtime parks and recreation director. Mouet has been serving as acting city manager since the day after Cavazos was put on leave, and the council voted 6-0 Tuesday to keep him in that position.

Update: This story has been updated to include additional information about the severance deal that was not disclosed at the council meeting, including the exact severance payment.