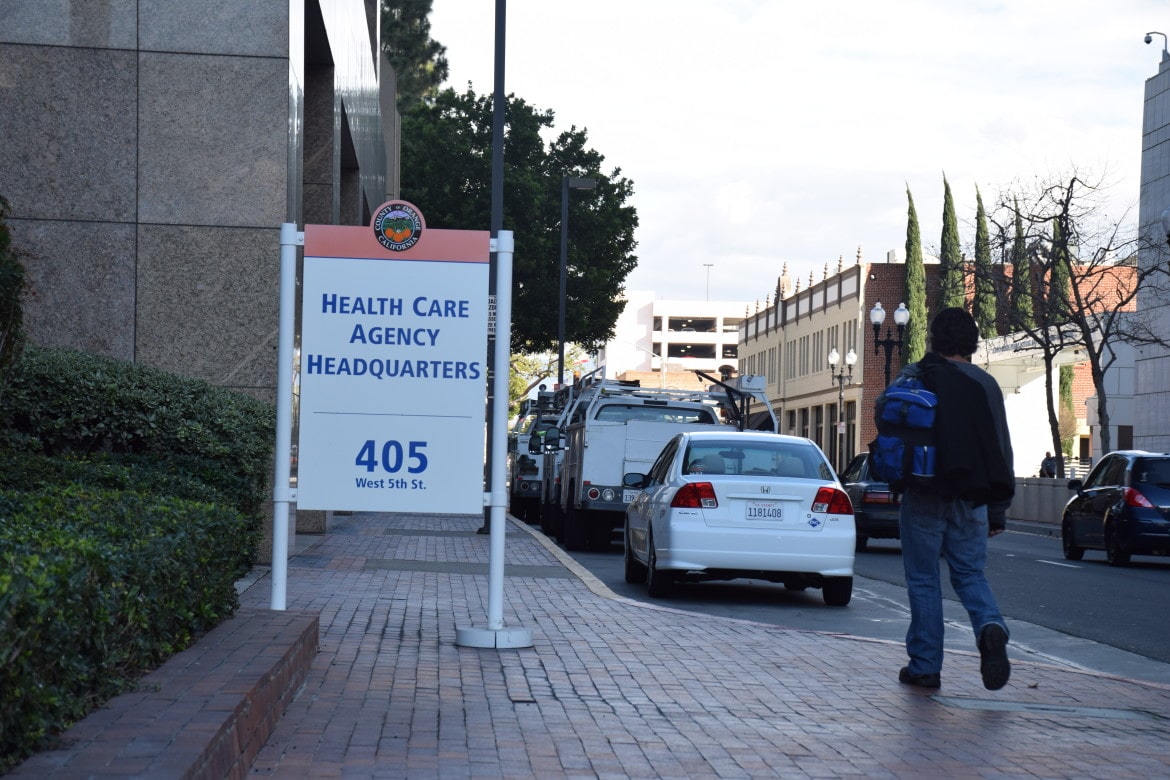 Across California, counties are jockeying for a share of $34.4 million in competitive state grants aimed at providing services for the more than 5,000 nonviolent drug offenders released from state prisons since the 2014 passage of Proposition 47.

But with the grant deadline just days away, interviews show Orange County appears to be considerably behind such efforts — which means it might not win a grant integral to preventing offenders from relapsing into crime.

In mid-November, the state Board of State and Community Corrections (BSCC) in Sacramento released the request for proposals for the 38-month grants, and applying agencies have until next Tuesday (Feb. 21) to file applications.

Earlier this month, officials with the county Health Care Agency (HCA) — which is responsible for making the grant application — said an advisory board is still in the formative stages, and only one forum in late January was held for interested community groups.

Jenny Hudson, an HCA analyst shepherding the application, said: “We are trying to come up with more focuses for services, with a lot of different agencies coming together to prioritize them.” She added they have been actively seeking to notify community groups of the opportunities.

However, some community group leaders say they were unaware of the January forum, or learned of it second hand. And when Voice of OC asked for a flier after it occurred, the agency made the reporter file a Public Records Act request and wait several days for it.

Addie Valasquez — who operates the Lake Forest-based nonprofit Connecting Bridges Together — which helps people with substance abuse issues — attended the January meeting after hearing about it indirectly.

“In order for us to be able to do what Prop. 47 needs, we have to realize we have so much work ahead of us; it doesn’t take a village, it will take a county,” Valasquez said.

Thousands in Need of Help

Overwhelmingly approved by voters in November 2014, Prop. 47 provides a system whereby nonviolent offenders could be released from state prison after reclassifying felony convictions as misdemeanors, which then could be expunged. It also allows those who were released from prison before Prop. 47 to also reclassify non-violent felonies.

The bulk of the eligible inmates — 5,250 statewide, including 175 from Orange County — were released in the first 14 months after the proposition’s passage; but inmates still continue to trickle out.

Under the proposition, certain state prison savings must go to services for treatment and assistance for the formerly incarcerated to re-enter society. The $34.4 million available for this round of grants represents money saved in 2015.

Officials estimate that in the next three years added state savings will generate a total of about $104 million for BSCC’s programs.

Under BSCC requirements, a governmental agency in a county must be the lead applicant; with that leader then contracting for care from community groups.

Ellen Ahn, executive director of Buena Park-based K.C. Services, said her nonprofit organization hears daily of the enormous needs at their five facilities that serve at least 2,000 individuals in the region.

“Over the last decade, providers of drug/alcohol abuse services have been decimated,” said Ahn. “We are struggling to keep our program alive.”

In recent years, advocates have repeatedly sounded alarms regarding the shortage of substance abuse and behavior health programs, particularly for the formerly incarcerated. A county grand jury report last year highlighted the issue — with the lack of such services contributing to the explosion of the homeless population in urban areas around the county and in the Santa Ana riverbed.

This is why advocates say it is so vital that Orange County capture a grant in this first competitive round.

As they were designing the new service system, BSCC officials held taped forums throughout the state to take testimony from community organizations, government agencies and faith leaders.

The resounding response was to direct as much of the money as possible to community organizations providing services to the neediest; not to government organizations already funded through taxes.

In keeping with the request, the BSCC noted a minimum of 50 percent of the dispersed funds must go to “community organizations.”

But at a December bidders conference in San Diego, BSCC officials said that after legal advice they have not defined “community organizations.”

This means a small program — like Valasquez’s that serves about 200 people annually — would meet the definition; as would national nonprofit organizations, or publicly traded corporations who staff prisons.

Privately, some advocates say they fear the large firms with deep pockets for political contributions to county officials may squeeze out the smaller groups.

The Prop. 47 RFP process was designed by a BSCC-appointed steering committee of 18 re-entry authorities from around the state.

None are from Orange County; but several of them were formerly incarcerated — a distinct move to try to ensure services are tailored by those familiar with needs.

That same panel will be reviewing and recommending applicants for grants to be awarded in mid-June.

Progress in Other Places

Officials in jurisdictions throughout Southern California say they are hustling to win one of the grants.

In Gardena, a 60,000-person city in the South Bay of Los Angeles County, Police Chief Edward Medrano is so “passionate” about diverting offenders to anti-recidivism programs he assigned two officers to special duty to establish a program and seek a grant.

When the officers sought ideas at monthly meetings held as part of their community policing approach, family needs to prevent youths from doing drugs and committing crimes were paramount, said Sterling Kim, one of the officers.

“Parents — who often both work — said they need help with the kids,” said Kim, who with his colleague attended the San Diego bidders meeting, the only one in Southern California. “We want to try to treat the illness, not the symptoms.”

Orange County did not have representative there, but officials observed an internet presentation streamed from Sacramento.

Initially, Gardena will focus its program on the city’s two high schools; one public, one Catholic, to try to break the cycle of repeat offenses.

When Hudson heard of Gardena’s drive, she said: “Wow; they are really targeted.”

In Long Beach, law enforcement is also playing a key role in the planning for the grant award, said Kelly Colopy, director of the city’s Department of Health and Human Services.

“Ours is really a coordinated effort of me, the police chief and the city prosecutor,” said Colopy, adding they also engaged a consultant; something Orange County officials have not done.

Here, officials from the county district attorney’s office, sheriff, probation department and others are monitoring the grant planning effort.

But historically observers note that District Attorney Tony Rackauckas and Sheriff Sandra Hutchens have not been enthusiastic supporters of Prop. 47 — with Hutchens even saying previously through a spokesman she believed many inmates liked being in jail.

In Los Angeles, the City Attorney’s Office, the Mayor’s office, and the County Health Agency all have re-entry staff intending to submit applications for the grants, records show.

One of the intriguing aspects for Long Beach — whose agencies are adjacent Orange County — is a possible residency requirement for Prop. 47 services if the city is funded.

If Long Beach were to win an award, it could attract Orange County people — as its health facilities do now — who are in need of service not available here.

Colopy said they are studying the issue, checking state requirements, and will make a decision in the future.

In the County of San Bernardino, the Public Health Department’s grant-planning drive arose from the San Bernardino Reentry Collaborative, a group of government agencies, faith organizations and academics who meet monthly.

San Bernardino plans to commit 70 percent of any funds they may win to community organizations, said Jose Marin, a special projects coordinator.

Hudson said OC hasn’t been decided yet if it will commit more than the state-required minimum of 50 percent.

In San Diego County, the chief executive office — which is leading the drive — formed an advisory committee months ago, with plans for it to continue under any Prop. 47 grant, officials say.

The 11-person advisory panel has held about a half-dozen meetings around the county, with typically about 30 people attending sessions, said Charlene Autolino, an advocate on the panel.

“We don’t want to go to meetings and talk, we want to get involved and change things,” Autolino said.

Correction: A previous version of this story misspelled the name of Sheriff Sandra Hutchens.