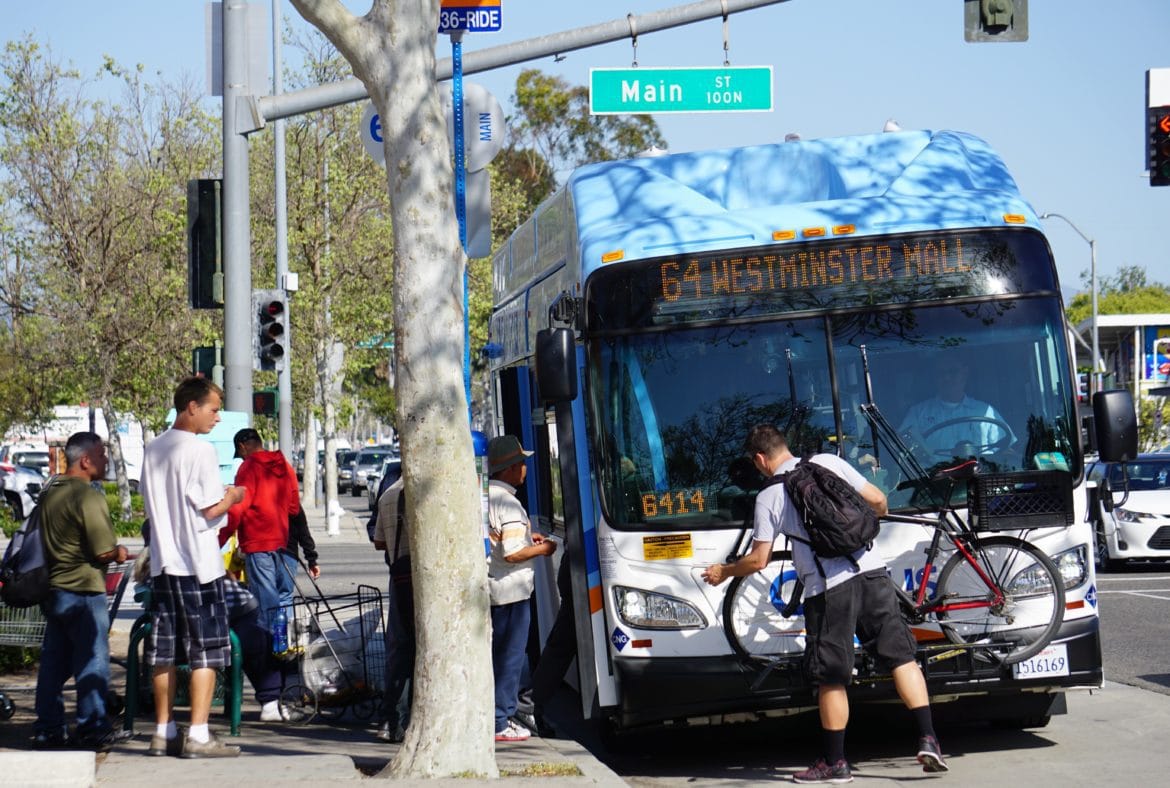 Orange County bus ridership has fallen 37 percent since the 2008 Great Recession and never again will reach pre-recession peaks, according to the CEO of the county Transportation Authority.

“We’re not going to have ridership in excess of 60 million,” CEO Darrell Johnson told the Orange County Transportation Authority (OCTA) board Monday. “There are too many things that have changed.”

As the agency prepares two major, long-term documents envisioning the future of public transportation in Orange County, the question of what to do with the $300 million bus system looms large.

During the meeting the board discussed the findings of a new “State of Transit” report, which identified a number of major issues facing the transportation agency.

OCTA officials say changes in the market – competition from Uber, Lyft and other ridesharing services; a growing number of car registrations and a state law that allowed undocumented immigrants to get driver’s licenses – are working against them.

And although Orange County was once an outlier in its plummeting ridership, now cities nationwide are seeing persistent declines in the number of people riding buses.

“We led the ridership decline and others are following,” Johnson said.

OCTA’s bus system is doing worse than most of its peers in urban cities, according to the State of Transit report, although it generally does better than other suburban cities.

Meanwhile, OCTA received 20.5 in productivity (boardings per hours of service) compared to 55.5 for LA Metro, 40 for San Diego MTS and 25.2 for Santa Clara VTA.

By comparison, Orange County does better than transportation systems that serve smaller suburban regions, like Foothill Transit, North San Diego County Transit District and Pace Suburban Bus Service in Chicago, as seen in the graphic below.

“Our boardings are closer to a suburban system, and we’re running and paying for an urban system throughout the county,” Johnson said. 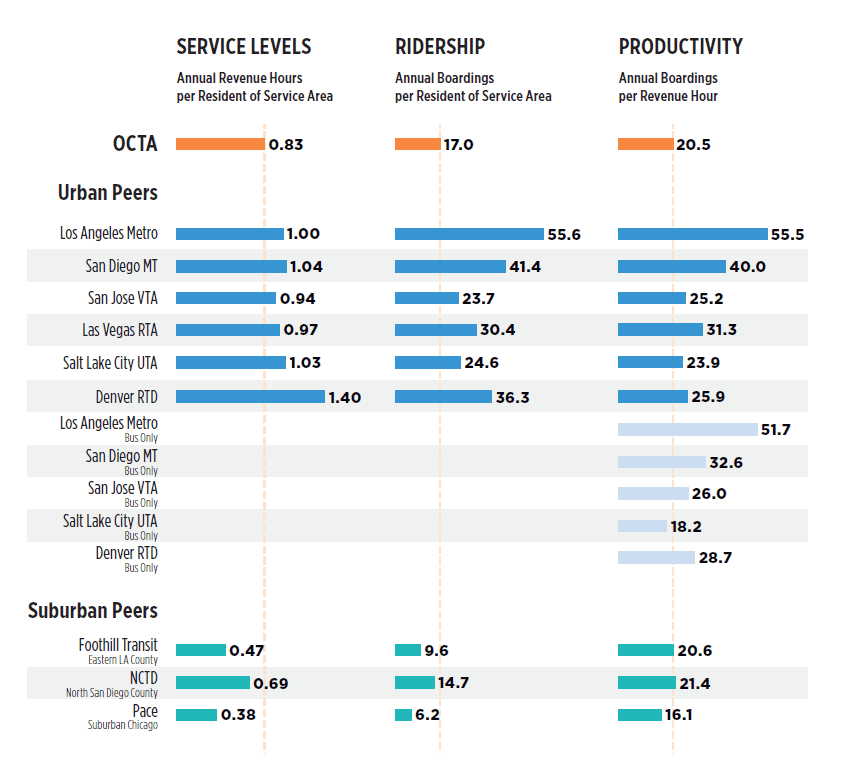 The report also notes the importance of how area streets and neighborhoods affect who rides the bus and the quality of their experience.

Streets built for cars, especially in south OC, are windy and designed to deliver cars to the freeway and have fewer direct paths for buses to take between neighborhoods. Major streets where pedestrians have to walk long distances to crosswalk are also deterrents, according to the report. 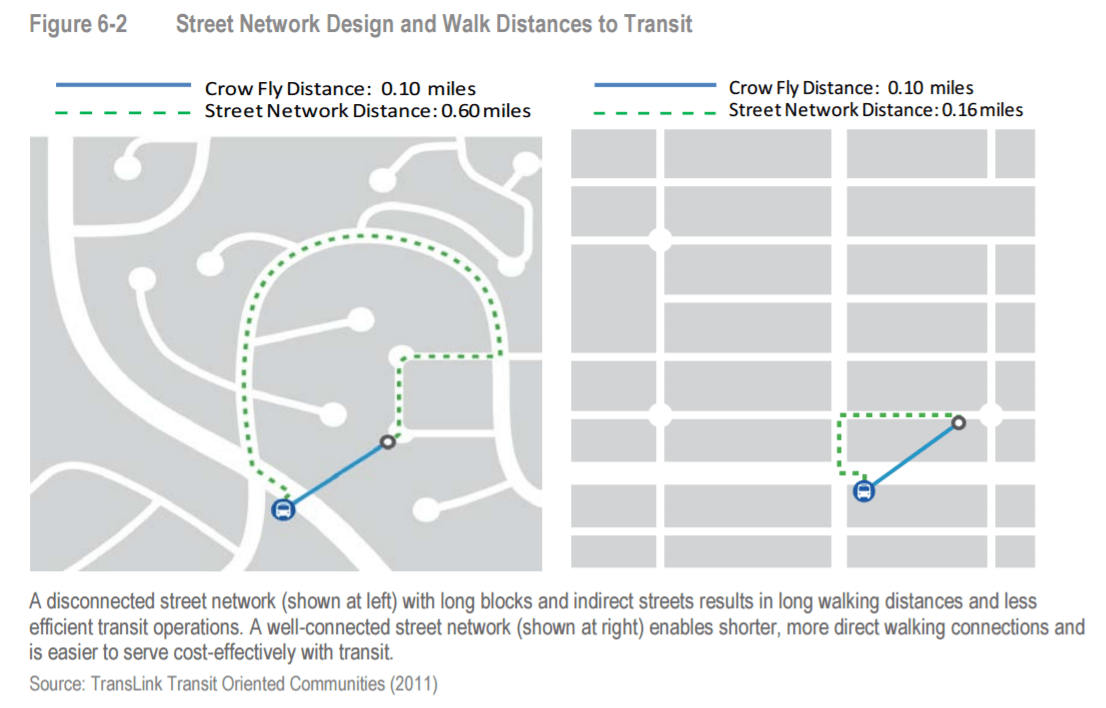 “…Walking to a bus stop in Orange County can be slow, indirect and unpleasant,” states the report. “Uncomfortably close high-speed traffic, poorly designed intersections, and missing sidewalks can make walking disagreeable at best and unsafe at worst.”

Transportation appears to thrive in north and central Orange County in cities like Santa Ana and Anaheim, where the population is denser and the landscape more urban, where more low-income people reside.

Although single-family homes are the largest land use in Orange County – covering 22 percent of the land – a growing number of multifamily and mixed-use properties could generate more transit riders.

But the cost of housing has made it increasingly difficult for low-income people who typically depend on public transportation to live in Orange County.

One would need to make $25.50 an hour to afford a one-bedroom apartment in Orange County, according to a staff presentation, or make $87,000 a year to qualify for a median-priced home.

The board was divided over how to interpret the report’s findings.

OCTA has followed demand by pivoting away from its bus program to serves like van pools for those wooed by ride share services like Uber and Lyft.

Recently, the agency implemented its OC Bus 360 plan, the largest overhaul in bus routes in its history, shifting service away from low-performing bus routes largely in south Orange County toward improving service along heavily frequented corridors in the north and central county.

In San Clemente, a south county city with winding, hilly roads not conducive to bus transportation, the agency is piloting a rideshare program with Lyft.

San Clemente Councilwoman Lori Donchak said the agency’s vision should be “equitable” for all users, including people in south county where bus services have been cut.

“When you look at the maps, it’s hard to see how south county fits into the picture,” said Donchak.

Meanwhile, at least one of the board’s directors has called on OCTA staff to do something “bold.”

Tait has long argued that if OCTA wants to increase bus ridership, the agency should do the opposite of what it has done over the past decade, which is cutting service and raising fares.

The number of buses operating at peak hours went from 541 in 2008 to 428 in 2013, a 21 percent decrease, according to data from the National Transit Database. Over that same period, hours of service were cut by 21 percent.

But staff say since 2013, despite service hours and fares remaining constant, ridership has continued to decline.

Recently the agency piloted a six-month promotion to drop the price of a day pass from $5 to $4, which won’t continue at the end of the six month period in April because overall bus ridership was not increasing.

Staff said rather than attracting new bus riders, the program just was an incentive for customers who were paying another type of fare to switch to a day pass.  They also were concerned about the overall loss of revenue, $1.1 million over six months, from decreasing the price of the day pass.

Tait, who favors continuing the promotion, said $1.1 million is a drop in the bucket for the $300 million bus program and that cash-strapped bus riders “did what any of us would do at that level” and moved over to the day pass to save an extra dollar, a sign that the agency should keep the promotion.