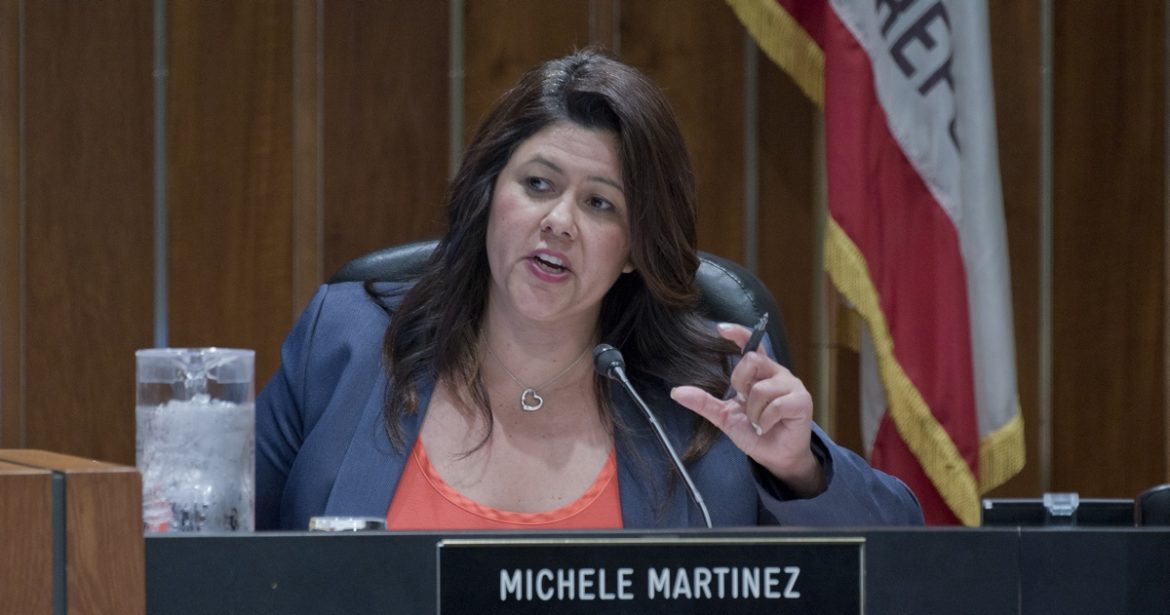 New concerns are being raised about whether Santa Ana is illegally overcharging residents and businesses for trash collection and using the money for other services like police, firefighting, and parks.

The issue came up at the City Council meeting last Tuesday, when questions from a visibly frustrated Councilwoman Michele Martinez eventually prompted staff to say the city has ongoing issues under state law that they’re working to fix.

“We are in violation,” said Martinez, pointing to the city’s ongoing transfer of millions of dollars from the trash collection fund to the general fund. At one point she threatened to take the issue to the state Attorney General.

“What we’re doing to this community is wrong. We can’t continue to do it on the backs of people and charging them over and beyond what they’re supposed to be paying.”

California’s Proposition 218, adopted by voters in 1996, was intended to make sure voter approval is required to raise taxes and most fees related to property. Among its provisions is a ban on cities using fees for water, trash, and sewer service to pay for “general government services” like police and firefighting.

But later in the public discussion, when Mayor Miguel Pulido asked for guidance on whether the city’s approach is illegal and should be changed, Carvalho said Santa Ana “has some Prop 218 issues.”

“We are slowly but surely” working to address all of them, Carvalho said, adding courts have been continuing to further define how the law applies. She said she is “absolutely committed” to addressing the issues.

In an interview Monday, Interim City Manager Cynthia Kurtz said there are legitimate reasons for water and trash fund transfers to the general fund, to reimburse the city for general fund costs these services impose, like the use of city buildings maintained through the general fund.

“I think every city is struggling with the implementation of [Prop] 218,” she said.

In Santa Ana’s case, the city doesn’t appear to have calculations justifying the amount actually transferred: $6.3 million annually from the trash collection fund to the general fund.

The city, Kurtz said, is being proactive in hiring outside experts to review the fees and make recommendations on possible changes to ensure compliance with Prop 218.

“We’re not expecting to find any other significant problems. That doesn’t mean we won’t find something that someone recommends we change,” Kurtz said. In recent months the city has already lowered fees staff deemed were higher than could be justified, she said.

The money transfer issue came up last week as the council prepared to authorize a contract amendment, as well as negotiations for an extension, with trash hauler Waste Management, Inc., while city staff develop a competitive bidding process that has been delayed for years.

Since 1993, Waste Management’s contract has been extended at least 10 years beyond the original date it was to expire. City staff now expect to begin a new competitive bidding process and choose the winning vendor next year.

The city’s amendment to the contract last week makes it more transparent and helps make progress with the Prop 218 issues, Carvalho said.

By amending the contract, “you are not completely solving all of the [Prop] 218 issues,” but are taking a step in the right direction, she told the council.

The amendment consolidated various fees into a single fee of 26.15 percent, which doesn’t change the amount charged to residents and businesses.

Martinez, who has long alleged the city is violating Prop 218, grew upset at her colleagues Tuesday, arguing the city was illegally transferring from the trash collection fund to the general fund.

After Martinez brought up the issue and criticized her colleagues, most of the other council members expressed interest in fixing it, though there was no firm timeframe for resolving the matter.

Councilman Jose Solorio said the city has been trying to have enterprise money stay within enterprise funds and not go to the general fund, which he said makes “better legal sense.” He asked staff to continue with that effort.

Councilman David Benavides said the city is working hard to fix the issues that remain, and Councilman Juan Villegas said he’s confident the Prop 218 issues will be corrected “very soon.”

Councilman Vicente Sarmiento said the council is “very sensitive” to Martinez’s comments, which he said is one of the reasons they want to approve the contract amendment so the city can “get into compliance.”

But Martinez asked staff to back up its assertion the trash contract extension, which is supposed to come to the council for approval within the next three months, puts the city into compliance with the law.

Benavides said the amended contract would start the process of addressing the Prop 218 issues when it comes to trash revenues.

But Martinez said she’s lost trust in the staff and council, after trying for 10 years to address transfers of water bill revenues to the general fund, with the council finally deciding last year to reduce those transfers.

“I have no confidence in our staff, nor do I have” any confidence in the City Council because of how long it took to address the water issues, she said.

Martinez said she’s been raising concerns about the trash money transfers for the last five years.

“This here is just starting a process, it doesn’t mean” the city is going to finish, she said, prompting some audience members to snap their fingers in support of her comments.

“I’ve had enough,” Martinez said, threatening to go to the state Attorney General’s Office if the city doesn’t fix it.

The typical legal remedy for Proposition 218 issues is a civil lawsuit from the public, as was the case in San Juan Capistrano. In that case, courts ruled that water rates must be based on the city’s actual cost to provide the service, which set a statewide precedent.

In response to Martinez, Benavides said “I do take issue with some of this suggestion that there are illegalities that take place or that we cannot trust our staff.”

Part of the goal with the trash contract amendment is to make sure there is transparency about the money, he said. Are there still other things the city needs to fix? “Yes,” he said, adding the city will continue to do that.

Concerns about Santa Ana’s compliance with Proposition 218 go back two decades, to the law’s early days.

As that budget was heading to the council for approval, residents raised concerns about the city’s plan to use sanitation fee revenue to pay for graffiti removal, weed abatement, trees, and hazardous-material cleanup. Santa Ana’s city attorney at the time, Joseph Fletcher, defended the practice.

Reducing the trash transfers would create an even bigger hole in the budget. The reduction in water fund transfers is expected to hit the general fund to the tune of $2.4 million per year.