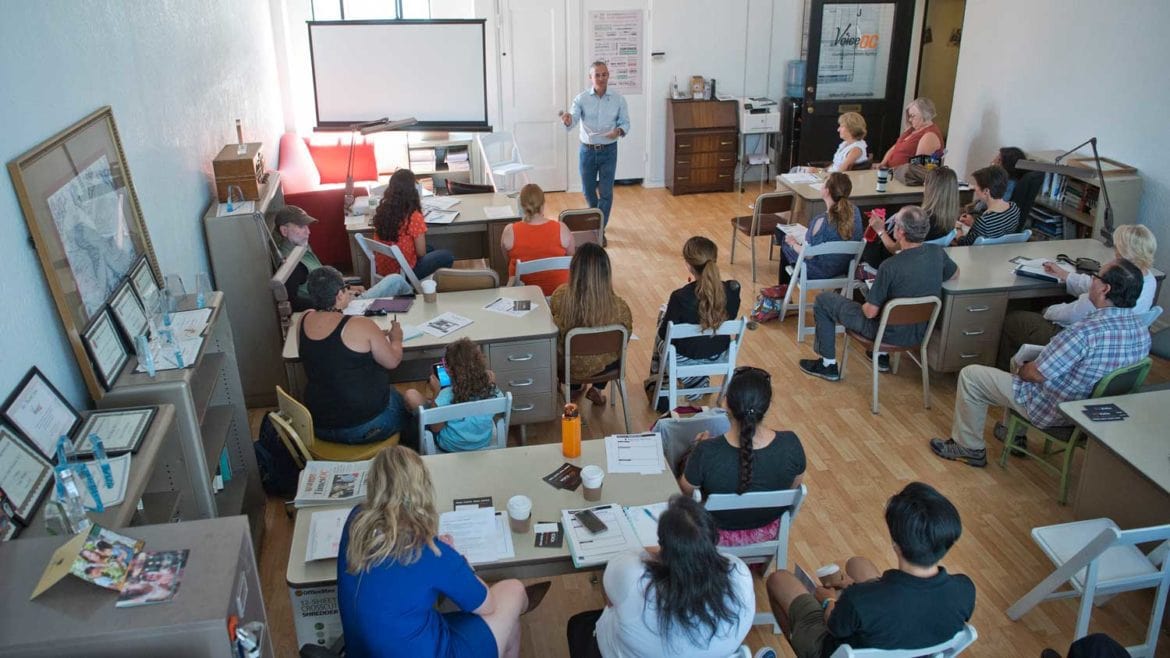 Voice of OC Publisher Norberto Santana Jr. leads a class about civic engagement and opinion writing in the Voice of OC office in Downtown Santa Ana during a Media Summit on Wednesday, July 12, 2017.

“It’s when you stay silent and in the corner that you are in harm’s way,” Santana said. “Writing allows you to take your idea and put it to the city.”

The session focused on the potential impact in writing along with best practices, such as brevity.

“It’s not the beautiful aspects of your writing that move an op/ed. It’s the power of your spirit,” Santana said. “They don’t have to be perfect, they just need to be real.”