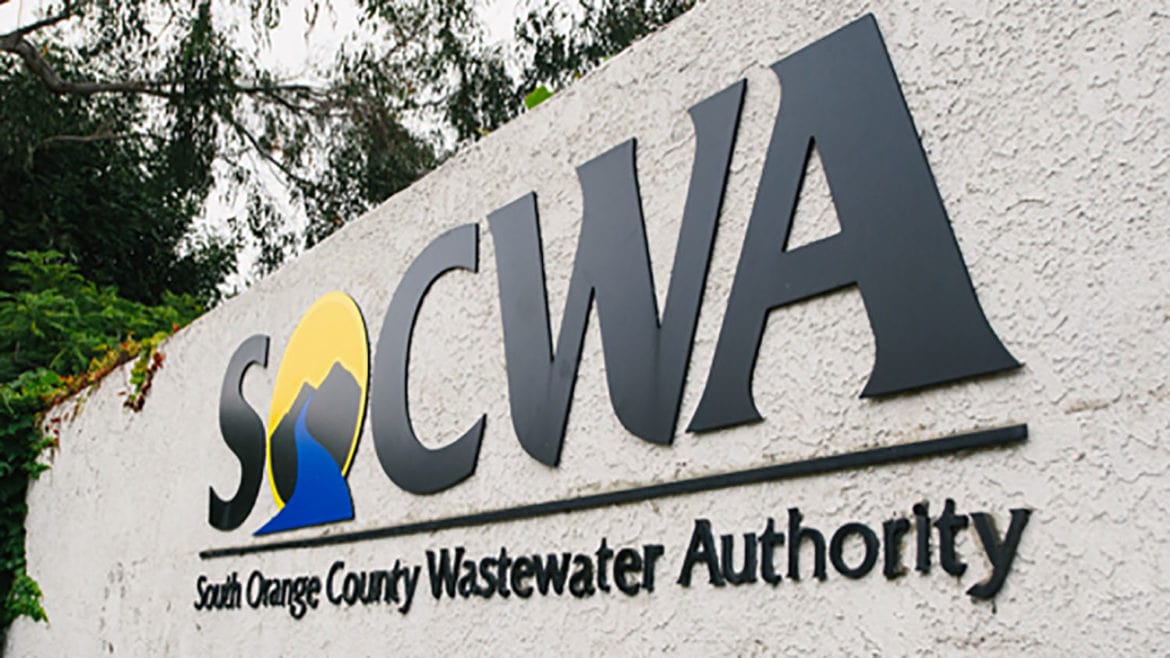 The 10-agency South Orange County Wastewater Authority (SOCWA) is undergoing a state audit after financial discrepancies were found over the last three fiscal years, it clashed with a member agency that provides nearly half its budget and it faces an ongoing lawsuit.

“There’s two sides to this story and somewhere in the middle is the truth. Hopefully that’s what the audit will do,” Aliso Viejo Mayor Dave Harrington told the Joint Legislative Audit Committee June 28.

Among the 10 agencies that make up the Wastewater Authority is the Moulton Niguel Water District, which stopped paying the infrastructure improvement costs for the coastal treatment plant in Laguna Beach because it doesn’t use the facility.

SOCWA, along with Laguna Beach and other member agencies, filed a lawsuit against Moulton Niguel in May for its refusal to pay.

“Why are we here? One disgruntled agency is facing litigation by SOCWA member agencies for unpaid bills. Moulton Niguel is past due over $750,000 money needed to maintain our water treatment facility. The litigation became necessary when Moulton Niguel stopped paying their bills,” Laguna Beach Mayor Toni Iseman told the Audit Committee. She also is the SOCWA vice chair.

Moulton Niguel Assistant General Manager Matt Collings said it’s not maintenance bills the district isn’t paying, it’s the capital improvements, which the agency voted against because it doesn’t use the facility.

“We do continue to pay 100 percent of all the operating and maintenance costs (for the treatment plant),” Collings said in a phone interview Sunday. “We have not paid the capital improvements … because we didn’t approve the budget.”

Wastewater Authority audit reports from the past three fiscal years show problems with internal controls in the agency. The reports found the agency needs to tighten its controls over payroll, inventory, contract compliance and department communication. Moreover, adjustments were made while the outside firms were conducting the audit, like moving capital assets’ progress from construction to service.

The Wastewater Authority serves about half a million homes and businesses in the region and treats about 1.6 billion gallons of wastewater every year, according to its website.

“We have learned that over the past couple of years there have been financial inconsistencies,” Sen. Pat Bates (R-Laguna Niguel) said, according to video of the hearing. Bates, along with Assemblyman Bill Brough (R-Dana Point) made the audit request.

“SOCWA has repeatedly denied financial records request,” Bates told the committee. “It’s extremely important that the Public Records Act is preserved … This audit request has garnered support from interest groups from across the spectrum,” including mayors and city council members, she added.

“I think it’s imperative for us to be taxpayer watchdogs … that is why on behalf of Orange  County residents and taxpayers, I urge you to approve this audit,” Woolery said, who noted that SOCWA had let management items carry over year-to-year. “It’s because of these costs, I think a state audit would help fix some of these issues with (SOCWA).”

Colling said “the financial irregularities lends question to should we be paying invoices. We’ve made significant investments in SOCWA and we just think it’s important to ensure the ratepayers money … can be accounted for in a proper way.”

But the wastewater authority doesn’t think the state Auditor’s Office needs to be involved.

“I believe it is not an efficient or reasonable use of the state Auditor’s Office resources to do an audit while we are in litigation over issues,” SOCWA General Manager Betty Burnett said during the hearing. “I think we can readily show, with the records that we have, that an audit isn’t really something that is going to be helpful in terms of being more transparent to the community.”

One senator said the move is a good use of the State Auditor and SOCWA’s financial reporting left some to wonder what the authority was doing with the money.

“For me, it seems like the very best use of a state’s auditor to provide an independent, third-person opinion that can reduce tension around areas, especially with so many agencies involved, beyond the lawsuit,” said Senator Jean Fuller (R-Bakersfield).

Fuller said before 2015, the public and member agencies weren’t able to tell the value of the property they were paying for. “So you can see where the tension began to evolve.”

“There’s frustration here, not only from the county auditor, but from other local officials. You have lawmakers upset,” Mendoza said. “The frustration has been building up for a very long time now.”

Mendoza asked if SOCWA was adhering to the Public Records Act.

“Does this look unwilling?” Burnett countered, touching a stack of financial documents. “We asked them for their patience,” Burnett said, adding they have a small staff and needed time to gather records.

However, Collings said the Wastewater Authority still hasn’t handed over all the records.

“We had asked about 10, 11 months ago for a listing of capital expenses to date for (the plant),” Collings said. “We still haven’t received that information. So there’s still financial information we asked for that we haven’t received.”

According to the State Auditor’s website, the audit is expected to be completed in February. The auditor will be looking at SOCWA’s last three fiscal years for adherence to general accounting principles.

The auditor will also review the last five fiscal years for any financial discrepancies involving cash on hand, assets and liabilities. The State Auditor also will review the authority’s procedures and governance structure.