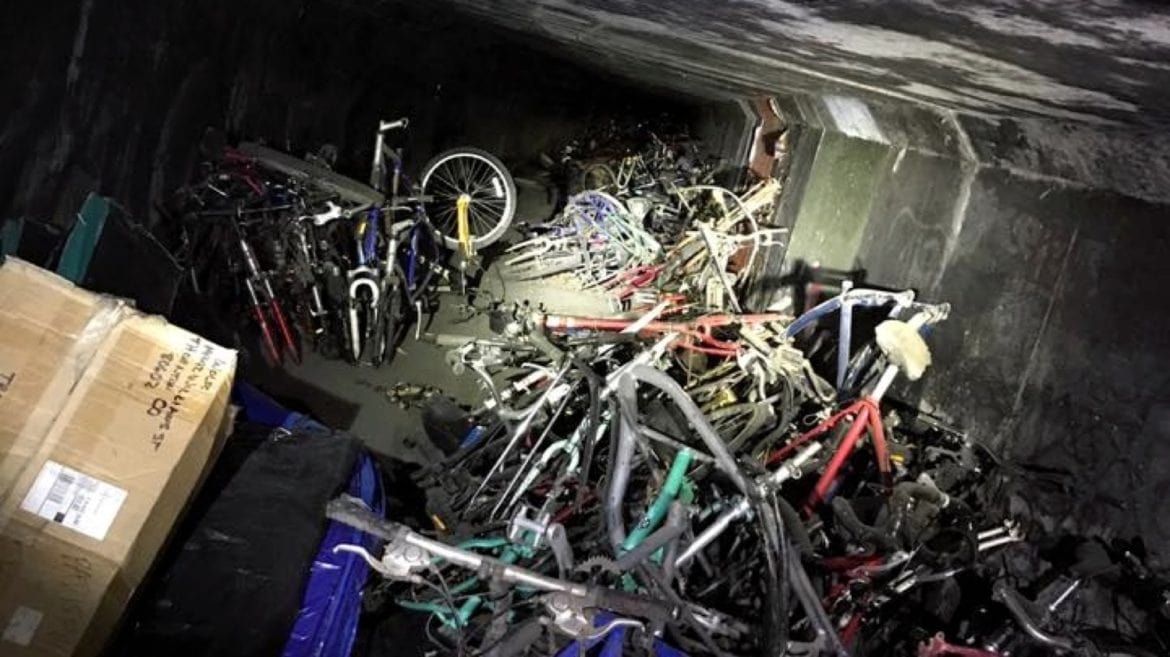 The Sheriff's Department says it found over 1,000 bikes and bike parts in a tunnel along the Santa Ana River.

Photos shared widely on social media of a tunnel packed with bicycles and bike parts, which the Orange County Sheriff’s Department publicized to emphasize a criminal element within a former Fountain Valley homeless camp, were 2.1 miles from the camp and investigators don’t know if homeless people are responsible for the stashed bikes, the Sheriff’s Department said Friday.

The images, which the department said show more than 1,000 bike parts and bikes, went viral on social media Thursday evening and Friday, after the Sheriff’s Department published a Facebook post with photos featuring the bikes, a gun and “an underground man-made bunker,” and tied all of them directly to the former Fountain Valley homeless camp along the Santa Ana River.

“Orange County Sheriff’s deputies and OC Public Works have made some interesting finds while they work to transition individuals from the Fountain Valley encampment,” the Sheriff’s Department wrote in its Facebook description of the photos.

“It just backs up the data that we’ve collected, which says there is a significant criminal element in the homeless encampments,” Lt. Jeff Puckett of the Sheriff’s Department told the Orange County Register. He added: “Common sense would dictate that if you have 1,000 bikes in a tunnel…some of them were stolen.”

A Sheriff’s Department video of the bikes being pulled out of the tunnel has been viewed over 130,000 times on Facebook.

In response to Voice of OC’s questions Friday, a sheriff’s spokesman acknowledged the bikes were found in Santa Ana, in a tunnel more than 2 miles up the dry riverbed from the former Fountain Valley homeless camp. 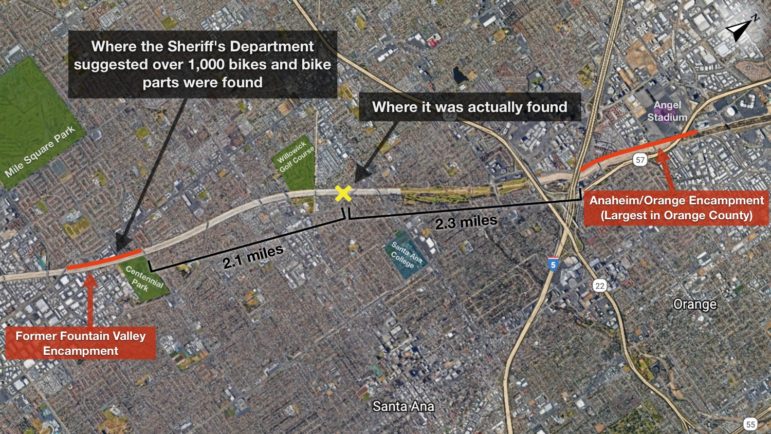 The tunnel is just south of where Fairview Street crosses over the riverbed.

He said investigators haven’t ruled out that the bikes were stashed by a gang or another person or group unrelated to homeless people. “They haven’t ruled anything out,” Grangoff said.

The area where the bikes were found also is close to known gang territories. It is 0.3 miles from the Santa Nita gang injunction zone, which was defined by the District Attorney’s Office and runs along part of the riverbed. 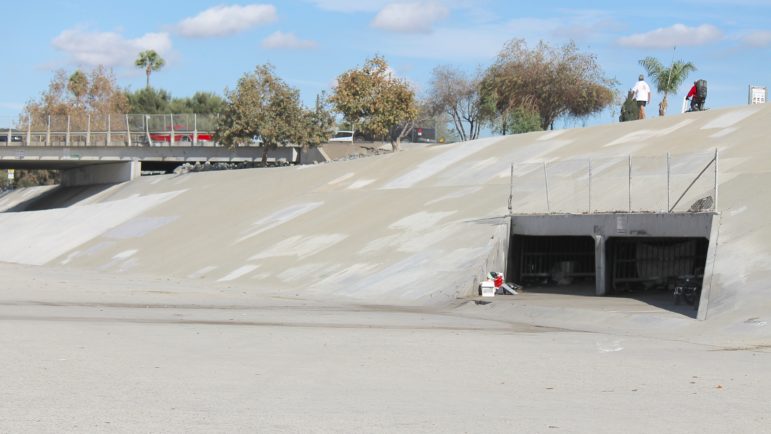 The tunnel just south of Fairview St. where the Sheriff’s Department says over 1,000 bikes and bike parts were found. (Photo by Spencer Custodio/Voice of OC).

As for the gun – which sheriff’s officials said had three empty bullet casings from being fired – Grangoff said he couldn’t identify where it was found due to an ongoing investigation, but that it was on the riverbed, “within a mile of the [former Fountain Valley] encampment.”

“It’s really irresponsible to attribute potential crime to people experiencing homelessness, or people living in homeless encampments, without any evidence to support that,” said Eve Garrow, a homelessness policy advocate with the American Civil Liberties Union of Southern California.

“It really feeds into these narratives around homeless encampments as public safety threats, and feeds into a narrative that justifies the removal of encampments and the persecution of people who are just too poor to afford a place to live,” she added. “It feeds into this very dangerous narrative that then gets used by public officials to use a law enforcement approach to respond to homelessness, instead of responding to people’s needs.” 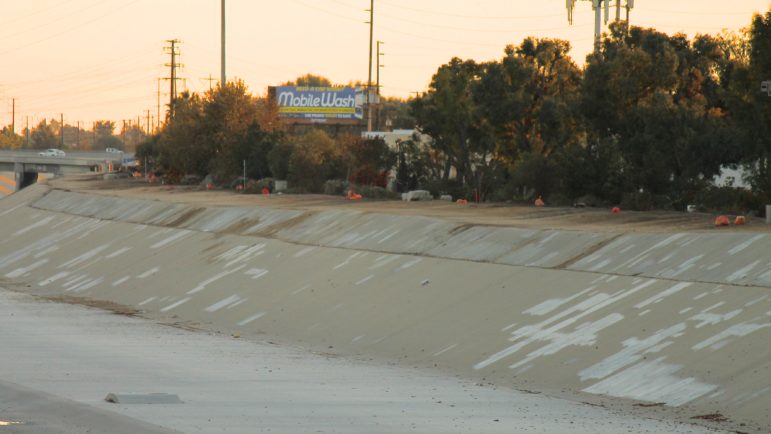 The site of the former Fountain Valley encampment on Friday, Nov. 17, 2017. Sheriff’s deputies cleared out the encampment earlier in the month. (Photo by Spencer Custodio/Voice of OC).

“They allow [people] to continue to feel that they’re justified in not having [affordable housing for] any homeless person – no matter what their situation is, no matter why,” Smith said.

“Jumping to the conclusion” that it was homeless people who created the cache of bikes “is particularly concerning, ‘cause it leads you to believe that it feeds a continuing process of demonizing and criminalizing [homeless] people.”

Grangoff said the Sheriff’s Department connected the alleged bike thefts to homelessness because there were “remnants in that area of someone living where the bicycles [were] found.” He also noted that while the Fountain Valley camp was 2 miles away, there were small “pop-up tents” between the camp and the tunnel with the bikes.

“We stand by” the information the Sheriff’s Department provided to the public, including the Facebook post, Grangoff said.

“The important point for the public to know is it reinforces the idea that [the riverbed] is not a safe place to be,” Grangoff said of the discoveries. “So whether it was 100 feet, or half a mile, all of it was on the riverbed.”