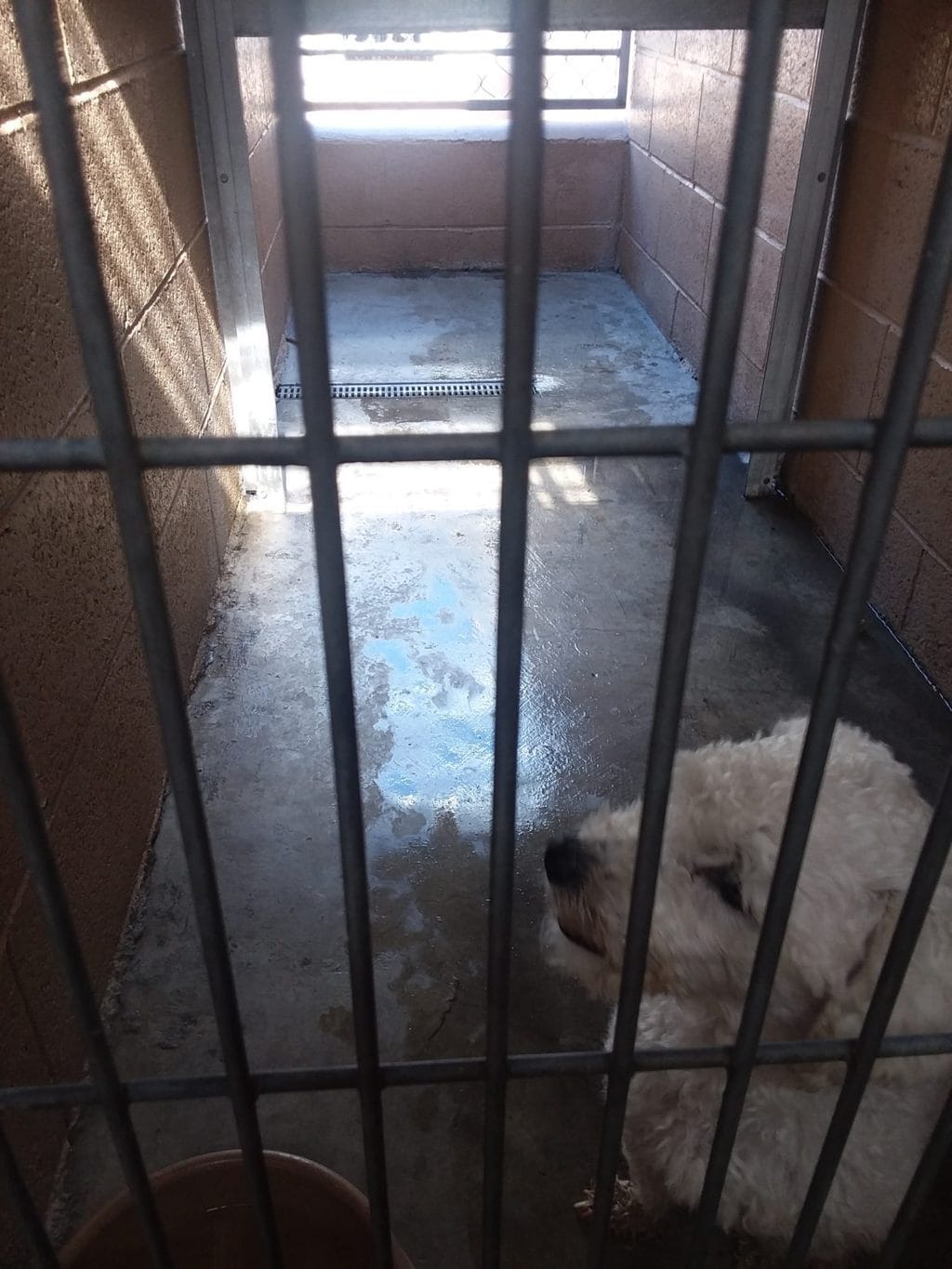 Dog in wet kennel at OCHS

“Insanity is repeating the same mistakes and expecting different results,” a quote frequently attributed to Einstein.

In this case I am referring to the city of Costa Mesa continuing to contract with the nonprofit Humane Society of O.C. for animal sheltering services (no connection to the national Humane Society of the U.S.) and its owner, Veterinarian Dr. Botros. Animal control is performed by Costa Mesa police department.

Numerous complaints from constituents since the 90s and now against Botros and the facility located in Huntington Beach.

Even before the city of Garden Grove used faulty judgement and awarded their animal sheltering contract to Botros, the nonprofit humane society facility and operations came under fire.  The public complained about services, treatment of animals and rude staff. Volunteers feared “termination” if they spoke out. Now, with the addition of Garden Grove’s contract in January 2017, the shelter is overflowing.

Bare in mind, the current postage stamp size shelter is now required by contracts from two cities to serve a population greater than the Mission Viejo Animal Shelter which is situated on 3.66 parklike acres.  (Note to Costa Mesa staff, speaking of parks, according to the National Parks Service, animal care centers can qualify as park and recreation use given its public education component and emphasis on adoption of animals)

In attempt to remedy the overcrowding at the Huntington Beach facility, Dr. Botros purchased a building at 642 Baker in Costa Mesa and plans to retrofit it.  This was followed with a review for a Conditional Use Permit by Costa Mesa Planning Commission.   During the review, many constituents, including neighboring business owners, spoke  in opposition of the issuance of the CUP and referred to Botros as “Dr Death.”  An animal advocate was subsequently “kicked out” and another threatened. (I personally think the plans submitted look like a dungeon.) Their opposition was ignored and outweighed by a police officer’s testimony and Botros received unanimous approval from the Planning Commissioners.

Needless to day, appeals were filed and a public hearing is expected to take place before January.

When I visited this new building Saturday, retrofitting of the building was continuing so it seems Botros is confident he will continue to contract with the city! No grass in sight and a busy highway bordering the building.

But wait, this Tuesday’s Costa Mesa city council meeting agenda indicates the “formation of a new animal services committee” is up for consideration.   In and of itself, this seems like a good idea.  However the agenda item reads: “It is proposed that the Animal Services Committee fall under the purview of the Police Department and be comprised of five (5) members. Further, it is recommended that at least two (2) of those members be professionals from the animal care community, such as a veterinarian or kennel operator. All members must be Costa Mesa residents. Members will be appointed at a time and place pursuant to Council policy.”

What is missing from this proposed committee is a member of the public! Someone who does not fear possible “retaliation”, and has the best interests of the animals in mind and heart.

Many people are surprised to learn that there is actually very little oversight of sheltering organizations. There is no federal law that governs sheltering facilities nor state regulatory body. I have respect for the police officers, but they do not have credentials to determine if an animal shelter is properly designed or operated nor in this case are they impartial. In fact, during my recent visit to the shelter and lengthy discussion with a police officer led me to believe just the opposite and in favor of Dr. Botros, even while citing several visible problems at the shelter that day.

It also appears to me the city is expecting an exceedingly great amount from these  officers. Typically animal control officers are charged only with enforcing animal laws, protecting animals from abuses and protecting the human public from risks posed by animals. According to council member Genis, for too many years, there has not been a majority consensus of the city council members  willing to spend the necessary funds to determine if the shelter is operating according to the law and providing the necessary services and appropriate shelter environment for the animals. This could be easily accomplished by contracting with a consultant to assess the current operations, raw data, policies and procedures and provide recommendations to enable the city to move forward as appropriate. Don’t you think Costa Mesa constituents deserve a 21st century animal shelter with progressive programs by now?

Veterinary practice is a noble profession, I love my pet’s veterinarian. But just as medical professionals who treat humans sometimes come into question, it would not surprise me if veterinarians did also and although operating a nonprofit along with a for-profit animal hospital as Dr. Botros does, is legal, would the Internal Revenue Service be able to ensure that the tax-exempt status he enjoys is not being abused.

I phoned city manager Tom Hatch to ask if perhaps the city’s purchasing practices need to be reviewed. I wondered what criteria was used to evaluate Botros’s capability to serve the city. Mr. Hatch did not return my call.

Municipal shelters are ultimately accountable to elected officials and the citizenry. If you want to see positive change, speak out at the city council meeting on November 7. Council member John Stevens at (714)337-1874 or email john.stevens@costamesaca.gov  has also asked that you contact him and express your concerns. Will the city council members listen and take appropriate action or will we be questioning their “sanity?”