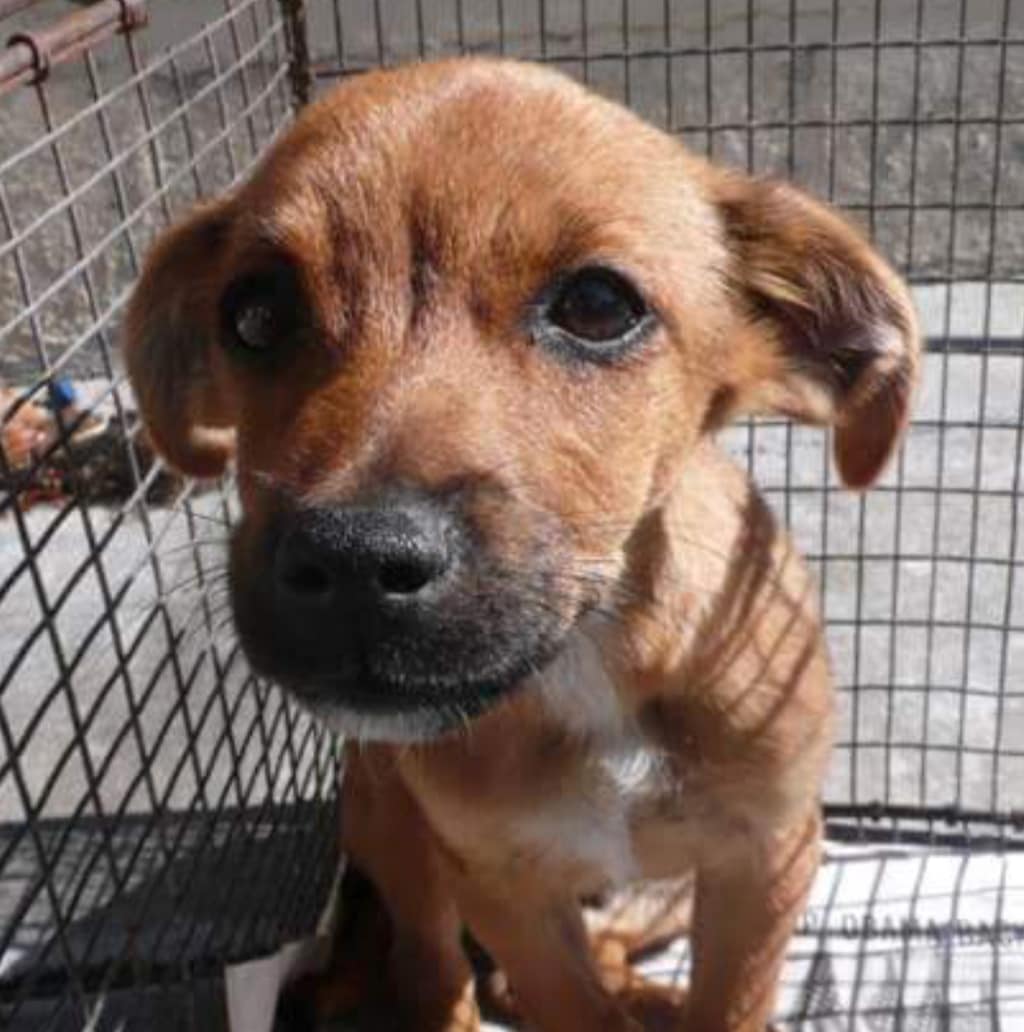 Colt, 10-12 week old puppy with parvovirus. Brought into Orange County Animal Care on 11/3/2015, and killed the same day, after the Logan settlement agreement was in effect.

This editorial is written as a 3 part series. Part 1 outlines the background leading up to the lawsuit and can be viewed here. Part 2 describes the terms of the settlement agreement.

As a county shelter serving over 2 million people, Orange County Animal Care provides low cost euthanasia services for financially challenged members of the community, where those with higher incomes would likely elect to take their companion animal to their local veterinarian for such end-of-life care.

This is undoubtedly a necessary service, and in the case of an irremediably suffering animal, few would argue the legitimacy or kindness of true “humane” euthanasia. However, clear criteria for what constitutes “irremediably suffering” elude definition, and in the context of animals with treatable diseases who are surrendered for immediate euthanasia simply because the owner could no longer afford their veterinary care, discretionary judgement comes into play. For instance, in 2015 two dogs were surrendered by their owner at OCAC for immediate euthanasia, one an 8 year old Rottweiler named Bruizer with an osteosarcoma, the other a 7 year old Rottweiler named Shelby with diabetes (Records for Shelby and Bruizer). Osteosarcoma is a highly aggressive cancer that has an extremely poor prognosis, so it is difficult to argue any wrongdoing in the Bruizer’s case; but diabetes in a 7 year old dog is usually treatable, raising the question as to why Shelby might not have been afforded another chance at life, and certainly, in accordance with the Hayden Law, he should’ve merited being offered to any of the partnered rescues.

On August 26th 2015, pursuant to the court’s recommendation, Sharon Logan and her attorneys entered into a settlement agreement with OCAC, the purpose of which was specifically to address the shelter’s persistent violations of Hayden’s Law (Logan settlement agreement).

As part of the agreement, OCAC was made to revise Policy and Procedure 400.13 to more clearly delineate the documentation requirements for animals being surrendered by their owner for euthanasia, and specifically impose more stringent criteria in cases of purported animal aggression. More specifically, in addition to the owner’s statement under oath, the newly revised Policy and Procedure 400.13 now requires that OCAC must confirm that statement with one of the following five additional forms of independent corroboration to deem the animal to be dangerous or vicious: (1) a rabies bite report; (2) documentation of a previous determination of dangerous behavior, either from OCAC or another shelter; (3) documentation from OCAC field staff attesting to the fact that they personally observed the animal’s aggressive behavior; (4) one of six different types of acceptable evidence that the animal caused aggressive injury or death to another animal, indicating the aggression was unprovoked; (5) a statement that the animal behaved aggressively toward another human or animal on two separate occasions within the past 36 months in conjunction with one of four recognized separate independent forms of evidence (Post settlement agreement revised policy and procedure 400.13).

In order to ensure OCAC’s compliance with its newly revised policy and procedure, the settlement agreement included a two-year monitoring program to run from October 2015 through October 2017, requiring OCAC to submit monthly euthanasia reports to Sharon Logan and her legal team, cataloging the following in excel spreadsheet form: animal ID, age of animal, date and time of surrender, city of origin/jurisdiction, reason for surrender, date and time of euthanasia, and initials of person performing euthanasia. Also as part of the settlement agreement, Sharon Logan and her legal team were allowed to request unredacted reports for five euthanized animals a month, for a total of sixty animals per year, enabling a more in-depth search for possible violations of the Hayden Law.

In order to most effectively identify the five monthly animals whose records would be requested, Sharon Logan’s lawyers assembled a volunteer team comprised of Sharon Logan herself, a medical doctor (myself), a retired attorney, a paralegal, and another animal rescuer. Additionally, a paid consultant veterinarian with extensive statistical analysis experience, Dr. Sarah LaMere, was contracted to evaluate the data and identify any trends which might be of utility to the case. Ironically, within the first month of receiving the reports from OCAC, their transgressions emerged immediately: the first monthly report, which initially listed 555 animals as having been killed during the month of October, had to be modified to 725 animals being killed during that period, after the Logan monitoring team discovered that until then, entire litters of kittens or puppies were being counted as a single number designated by the letter L (litter), instead of counting each as a single animal (Letter acknowlegdement). Needless to say, not only does this lead to a markedly skewed shelter live-release rate in the shelter’s favor, but it underscores the lack of commitment to life-saving when one’s mere existence is reduced to the family unit from whence one came. It also highlights the reluctance of the shelter to admit, even illegally hide, that they were not only killing hundreds of pets a month, but a shocking number of kittens and puppies.

Puppy picture: A1424285 Colt, 10-12 week old puppy with parvovirus.  Brought into Orange County Animal Care on 11/3/2015, and killed the same day, after the Logan settlement agreement was in effect.  Although parvovirus infection can be deadly, it is survivable with supportive treatment, and nowadays many shelters have isolation units where infected puppies are treated. OCAC kills parvovirus puppies the same day they are brought in, claiming they are unable to care for them.

Saskia Boisot, MD is a physician who practices human pathology in Orange County.  Because of her profound love of animals, she founded the group No Kill Shelter Alliance and also co-founded its sister group Save More Kill Less, with a view to reforming Southern California’s high kill animal shelters, starting with Orange County Animal Care, because it exemplified everything that is wrong with the system.  Through her advocacy, she has forged alliances with some of the leading organizations in this space, and most notably has spent time at both Austin Animal Care and Austin Pets Alive, widely recognized as the gold standard in the field of animal sheltering.