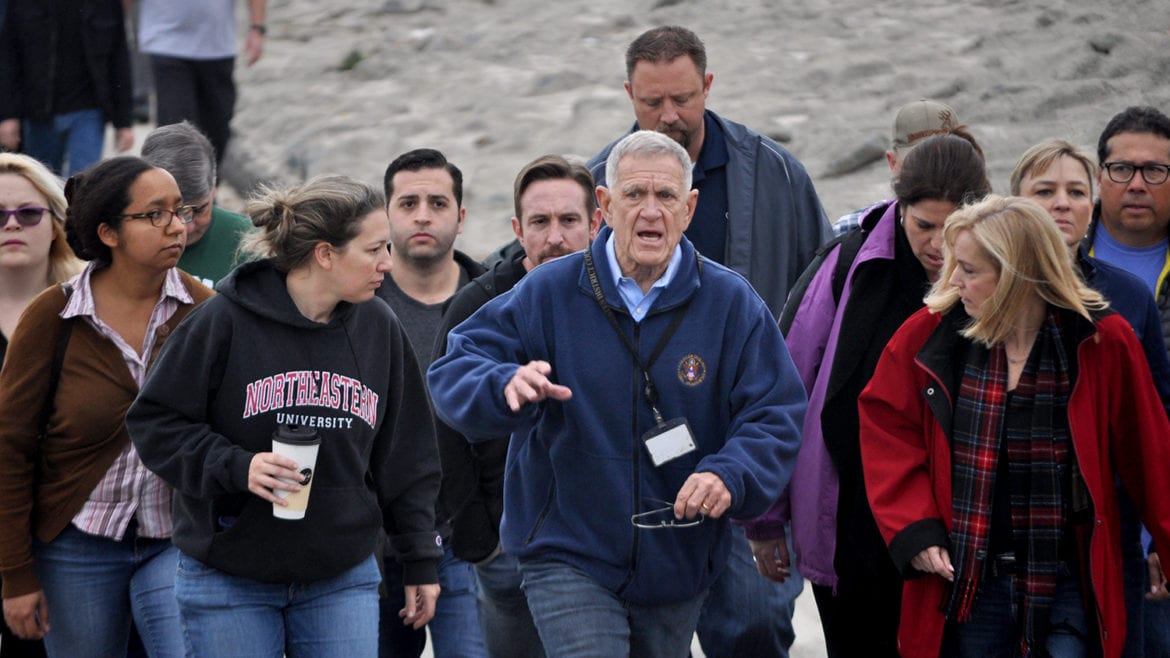 Federal Judge David O. Carter, center in blue sweater, is flanked by lead attorneys for the county and homeless people as he makes his way through the Santa Ana River homeless encampment during a Feb. 14, 2018 tour.

Our reporter Nick Gerda raised his hand halfway from the audience.

Judge Carter said to Gerda, “Thank you for being here.”

Carter then turned to homeless advocates and said “(Voice of OC) will solve it…the notoriety will let good people step up (and) solve it.”

The moment captured the essence of what makes Voice of OC an essential part of civic engagement in Orange County.

Covering a story such as the homeless communities living in the riverbed and the surrounding community cannot be done by dropping in once a month or once a week. Indeed, our newsroom has penned nearly a dozen stories on the crisis in recent weeks.

We stay on top of important quality of life issues affecting you and your family. And we hold officials accountable.

That’s why Carter has found our coverage useful over this past week.

It’s allowed him to quickly assess the situation and hold officials accountable.

Persistent, always-there coverage is what enables the public to really understand what is being debated and decided on by elected officials.

Listen to Judge Carter about the importance of that kind of coverage and help us keep expanding Voice of OC’s efforts.

It’s your best guarantee to protect your family and your quality of life.