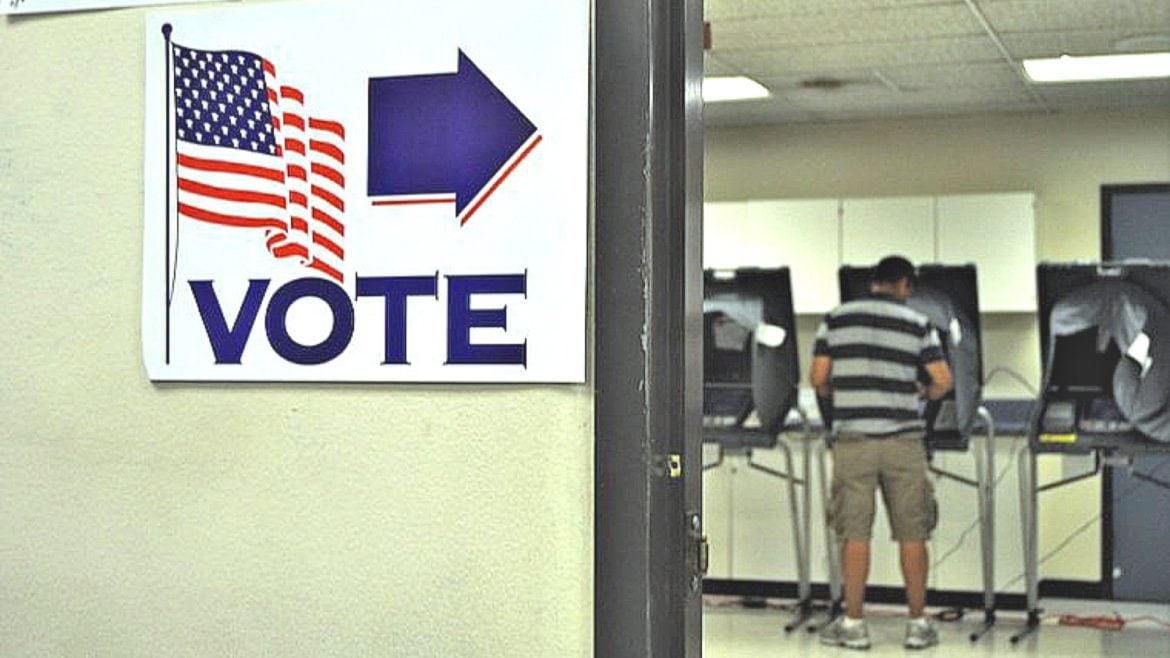 Santa Ana voters are on track to decide in June whether to transform their city’s election system to district-based City Council elections, after council members narrowly voted this week to place a measure on the June primary ballot.

That is, if council members overcome a move by Mayor Miguel Pulido to block the measure before the 5 p.m. Friday deadline to turn in the paperwork.

After an emotional and contentious debate Tuesday, council members voted 4-3 to put the districting issue to voters in June. The measure would apply to the six council seats, while the mayor would continue to be elected at-large by the whole city.

Voting in favor of placing the measure on the ballot, and the $202,000 cost to do it, were councilmen Sal Tinajero, David Benavides, Vicente Sarmiento, and Jose Solorio. Voting against it were Pulido and council members Michele Martinez and Juan Villegas.

Since then, Pulido apparently has refused to sign the documents to put the measure before voters.

City Council members plan to convene at 12:45 p.m. Friday to vote on asking a Superior Court judge to order the mayor to sign the documents, through a type of legal action called a writ of mandate. The council also plans to vote on authorizing a council member other than Pulido to sign the paperwork.

The special meeting is just hours before the 5 p.m. deadline for the city to submit the election paperwork to the county Registrar of Voters.

Supporters of district elections in Santa Ana argued it would reduce the influence of groups that can give lots of campaign money, like the city police officers’ association, by offering grassroots candidates a less expensive way to campaign, including walking door-to-door in one of six districts, as opposed to having to spend money on mailers to reach all of the city’s 98,000 voters.

And they said it would increase the voting power of Vietnamese residents on the city’s west side, whose influence currently is diluted in a city that’s majority Latino.

Opponents have argued district elections would take away the ability of voters to hold the entire council accountable, and risk lessening Latino representation on the currently all-Latino council. And they said the districting process was being rushed by its proponents, who didn’t seek public input on the type of district system to pursue.

“There’s 19 different ways to do different district elections…And we haven’t talked about any of ‘em. We haven’t had any public hearings,” said Villegas. Supporters of the districting effort responded that they had discussed the idea publicly at council meetings in late 2016 and January 2017.

District elections also could have some benefit to large campaign spenders, including the police union, who would be able to send out twice as many mailers to the voting public with the same amount of money, because only half of the city would be voting in any given election. (Three of the six council seats are up at each election.)

It was a dramatic scene Tuesday night, with council members passionately arguing about the proposal, a reflection of the high stakes that district elections – and the redrawing of district boundaries – could mean for political futures.

After the vote, Pulido and Villegas claimed the council’s vote was illegal, prompting boos from district election supporters in the audience, and an explanation from the city attorney of why she believed it was legal.

In an apparent sign of the high stakes, Santa Ana’s police union president, Gerry Serrano – who hasn’t come to most council meetings recently – attended Tuesday’s meeting to watch the district elections item and left soon after the vote. Seated next to him was a police union colleague, former Sgt. Ernie Conde, who held up a camera to apparently photograph or videotape council members as they spoke on the districting issue.

The police union is the city’s largest campaign spender, and started this election year with about three quarters of all Santa Ana campaign money that was in the bank.

One of the next battlegrounds is expected to be the district boundaries, which can have a huge influence on who can run in elections. Currently, the council members are elected by all voters but live in one of six districts, called “wards.”

The pro-district elections council members plan to redraw the ward boundaries, and on Tuesday authorized $30,000 to hire a demographer to prepare new boundary maps and conduct unspecified “outreach services.”

Most other Orange County cities that have moved to district elections have drawn district lines through an open, publicly-involved process that involves multiple community meetings to gather input.

Anaheim, for example, set up a commission of former judges to gather input on district lines at several community meetings and recommended a map supported by a wide swath of the community.

But in Santa Ana’s case, council members declined on Tuesday to commit to an independent and open process, instead keeping the option to use a closed-door process to develop their preferred boundaries.

Martinez asked her colleagues to agree to create an independent redistricting commission to develop district maps for consideration by the council. She also asked other council members to make the mayor and council members full-time jobs with salaried staff. And she sought campaign finance reform to reduce the influence of big-money donors.

Her efforts didn’t gain any traction, with the pro-districting council members describing Martinez’ proposals as a “poison pill,” and saying she should vote for the district elections measure without her other proposals if she supports district elections.

Council members didn’t describe what the public outreach, if any, will be regarding the new maps. The only legally-required outreach is a single public hearing to invite input at “a convenient day, hour and place.”

To have a new district map in effect for the Nov. 6 election, council members have to approve it by July 9.

If a new map isn’t approved by five council members by then, the existing district lines will stay in place for the November election. If that’s the case, the Asian community on the city’s west side – one of the main declared reasons for the districting effort – would continue to be divided among three districts, thus splitting and diluting their voting power.

Leading up to Tuesday night’s vote, opponents of the district elections effort also claimed it was a ruse to reset the term limits for existing council members – particularly Tinajero – who, along with Benavides, must leave office this December after serving the maximum 12 consecutive years on the council (three four-year terms).

Asked about that at Tuesday’s meeting, City Attorney Sonia Carvalho told council members the district ballot measure would not change anything about term limits. If the council wanted to change term limits, they’d need to place a separate measure on the ballot to ask voters to do it, she said. There was no sign of a term limits measure as of early Friday, the day of the deadline.

Even so, there may be a separate attempt in the works by pro-districting council members to reset the term limits clock, through some type of legal action, according to sources close to the city.