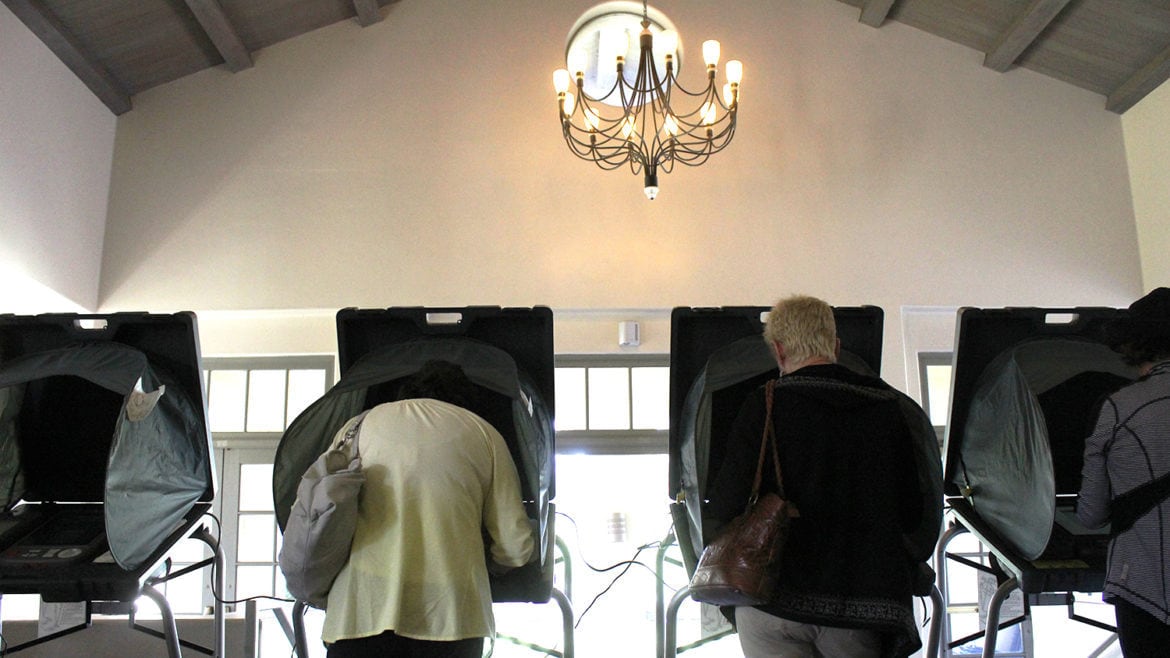 Voters at the Marbella Golf and Country Club in San Juan Capistrano June 5, 2018.

Roughly one-third of the votes cast in Orange County’s primary election still have to be counted after Election Day, totaling an estimated 188,000 paper ballots, according to the county’s top election official.

“This will take weeks,” said Orange County Registrar of Voters Neal Kelley, in an emailed response to Voice of OC around 3:30 a.m. Wednesday.

The election saw “record numbers for a midterm primary,” he added.

The estimated number of yet-to-be-counted ballots after election night – 188,488 – would push the county’s voter turnout to 37.6 percent.

The large share of uncounted ballots could end up affecting the outcomes of races that were close as of the end of election night, when two-thirds of the total estimated number of ballots were reported.

The last election night update from Kelley’s office reported the results of 369,267 ballots.

Kelley estimated there were 188,488 ballots still remaining to count after the last election night update. That brings the total estimated ballots in the election to 557,755, of which one-third have yet to be counted and reported.

Kelley said the 188,488 number was “our current estimate” of yet-to-be-counted ballots. “It could adjust because it’s not precise machine counting – it’s physical estimates.”

“There’s no way to tell where they come from until they’re actually processed,” he added. “That’s something that’s impossible to estimate at this time.”

Under state law, ballots mailed on or before Election Day are counted and included in the final result after they’re received by the Registrar, which could be days after the election.

The next results update is scheduled for 5 p.m. Wednesday. Kelley said he expects “very small numbers” of ballots to be counted and reported in that update, with “more volume starting Thursday.”

“Tomorrow is spent organizing the massive amount dropped off.  I’d say less than 15,000 – 20,000 [ballots] will be processed tomorrow,” Kelley wrote.

“This will take weeks,” he said. The volume of ballots dropped off this Election Day, he added, is similar to that of a presidential election.

“This may take us 20 days.  I will have a better handle on all of this later tomorrow.”