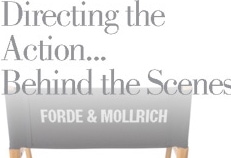 Arnold Forde, one of California’s most influential, longstanding and controversial political consultants, died Saturday after two years of illness. He was 82.

The publicity-shy Forde, known as Arnie, was a pioneer in the use of direct mail to target voters and worked on political campaigns for both Republicans and Democrats  up and down the state, although he frequently was accused of high-profile ethical violations.

“Many people loved him, some people didn’t like him, but I didn’t know anybody that didn’t respect him,” said Stu Mollrich, Forde’s former business partner who confirmed his death Sunday.

According to Mollrich, Forde was seriously ill for the last two years with a neurological disorder. He was recently hospitalized for pneumonia.

Forde, of Laguna Beach, is survived by his wife, Marie, and two sons, Kirk and Kent.

Forde and his wife also were avid collectors of contemporary art. Their collection includes the works of artists like John Baldessari, Cindy Sherman, Chris Burden and Jenny Holzer.

Forde began working as a political consultant in the 1960s during a time when there were just a handful of people doing full-time political work statewide, and regularly worked with clients from both the Democratic and Republican parties.

“Arnold never cared which political party someone was in—if he liked them, he would work with them,”  said Mollrich.

Clients of Forde and his various partners included Democrat Gov. Jerry Brown in his first term and Republicans Sen. Pete Wilson and Gov. Arnold Schwarzenegger. Forde and his partners helped run the 1986 campaign that caused Rose Bird to lose her re-election, the only California Supreme Court chief justice to be turned aside by voters.

Republican District Attorney Tony Rackauckas is another politician who used Forde and his ties to former Irvine Mayor Larry Agran to help with his 2002 election, according to the OC Weekly.

Perhaps most famously, Forde and his former partner William Butcher were instrumental in the 1978 voter approval of Proposition 13, the ballot initiative that limits property taxes.

In 2014, former Irvine Great Park CEO Michael Ellzey said in depositions that behind-the-scenes, it was Forde and another Irvine city consultant, not city staff, who really were in control of the park. And if Forde and the other consultant didn’t like proposed cuts, city staff “would be told to shove it, basically.”

Forde’s then-firm, Newport Beach-based Forde & Mollrich, received more than $7 million to promote the park, according to city auditors. They also ran the 2002 campaign in which voters rejected the former El Toro Marine base as a commercial airport. Instead, the onetime military base was supposed to become the Great Park and rival New York’s Central Park. More than $200 million was spent on it.

“Arnold and Stu formulated the strategy that helped us defeat that very destructive airport proposal,” said Agran in a phone interview Sunday. “[Forde] was fun to work with, and described by many…as not a genius, but certainly having the insights of a genius when it came to planning and political strategy.”

Forde first gained political attention in the 1960s when he and Butcher formed Butcher-Forde Consulting. At the height of their political and financial success, they called themselves the “Darth Vaders of Direct Mail.”

They were known for exceptionally effective direct mail fundraising and campaign strategies on behalf of political candidates, nonprofit groups and governments. Mailers freed local candidates from appearing in person  at many events in order to reach voters and were far less expensive than TV ads.

“[Forde] brought modern technology into politics. He was one of the earliest practitioners of targeted communication, direct mail, and databases targeting voters, beginning in the early 1970s,” said Mollrich. “Things that are commonplace in politics now, but when he started in the field what was commonplace was newspaper ads and billboards.”

While candidates generally used mail in their legislative races, Butcher and Forde refined the technique to target specific neighborhood issues and other narrow topics that could help their candidates.

“I think it’s fair to say we advanced the art and probably applied more science to it as well than had previously been utilized,” Butcher said in a 2014 interview.

Many Orange County Democratic campaigns at the time received funding from Santa Ana Dr. Louis J. Cella, a registered Republican who ultimately was convicted of embezzling millions of dollars from hospitals and Medicare.

When Cella went to prison, funds for local Democratic candidates dried up and Forde and Butcher began handling more Republicans.

By then, Butcher-Forde Consulting was known statewide for its highly successful use of direct mail in suburban campaigns.

But they also were repeatedly accused of crossing ethical lines.

For example, in 1980, then-Republican Assemblyman Ross Johnson of La Habra, who would go on to head the state’s Fair Political Practices Commission or FPPC, had to apologize to voters in his district after a Butcher-Forde campaign mailer on his behalf was designed to look like official correspondence from each city.

A year earlier, the FPPC sued Butcher-Forde and state Sen. John G. Schmitz (R-Newport Beach) for trying to hide the fact that Butcher-Forde was paid to run Schmitz’ 1978 campaign.

In addition, Butcher-Forde was accused of taking about $30,000 in “kickbacks” from campaign suppliers without the knowledge of Schmitz or other candidates.

When one of those suppliers later admitted to secretly funneling $10,000 to Butcher-Forde, it said it did so to hide the fact the money came from a Democratic candidate for lieutenant governor.

Butcher-Forde was working for that Democrat at the same time it was handling the Republican gubernatorial campaign of former Fullerton Assemblyman John Briggs.

But it was the association with Howard Jarvis that brought Forde and Butcher their highest acclaim, and loudest criticism.

Smallwood said Forde, Butcher and the Howard Jarvis Taxpayers Assn. deceived the public during a fundraising campaign in order to pay $1.5 million to Butcher and Forde.

“A frustrated Smallwood wrote that, although he found the conduct of Butcher and Forde ‘reprehensible’ and believed they had ‘facilitated’ campaign reporting violations by the Jarvis group, they could not be held liable under the Political Reform Act,” the Times reported.

The political consultants had sent out fundraising appeals saying the Jarvis group was in debt when it actually wasn’t. Instead, the consultants and leaders of the Jarvis group developed an unwritten agreement to pay Forde and Butcher more money and raised it with the appeal to supporters, according to the news story.

Mollrich, Forde’s most recent partner, played a key role in writing the fund-raising letters, according to the Times, and also was severely criticized by Smallwood for engaging in “reprehensible” conduct.

Another source of Forde’s funds, according to the Times, was Doris Day’s Animal League. The actress’ activist group on behalf of pets contracted with Butcher-Forde in 1987 for a nationwide fundraising drive. Financial records showed her nonprofit wound up owing Forde and Butcher $1.7 million more than they brought in in donations, the Times reported.

And then there was the money raised from the death of Howard Jarvis.

As part of his ruling, judge Smallwood found the Jarvis group violated FPPC rules by not reporting more than $624,000 spent and $738,000 raised during a direct-mail campaign launched six days after Jarvis’ 1986 death.

It was Butcher and Forde who launched that campaign, with the support of Jarvis’ widow, Estelle. Fundraising mailers to 350,000 Jarvis supporters included a photograph of Jarvis, with a note from his widow saying she enclosed it “as a remembrance.” The photo is inscribed on the back: “In Memoriam Howard Jarvis 1903-1986.”