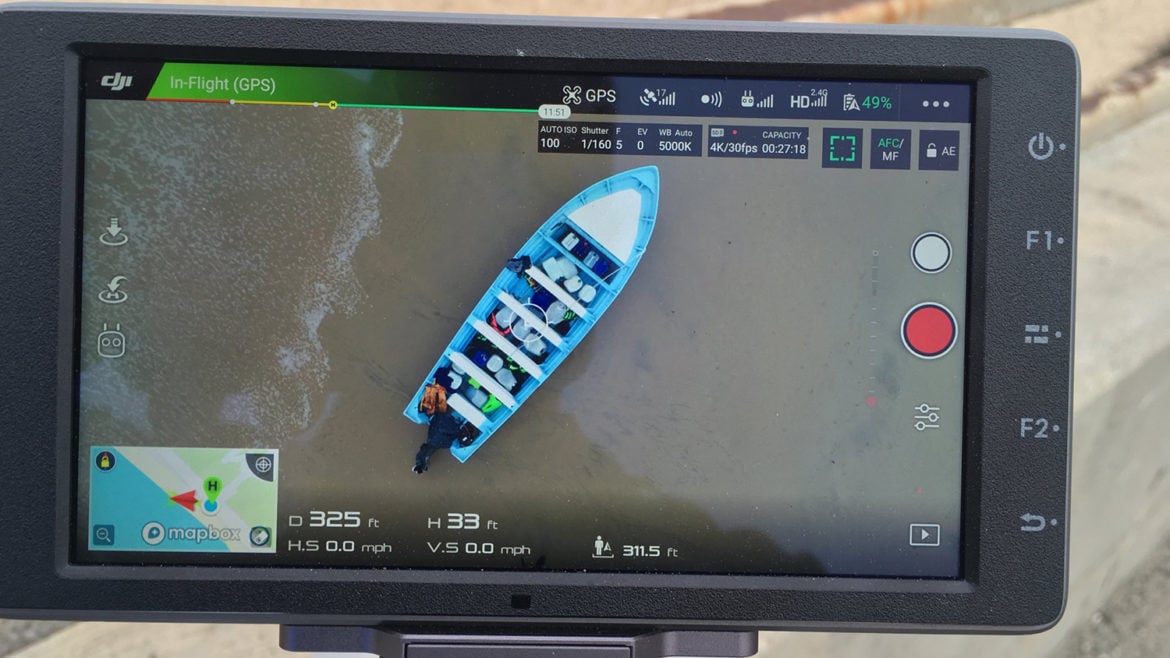 Orange County is likely to see more human smuggling in small fishing boats or rafts along the coast, like two cases in June, due to “zero-tolerance” federal enforcement of immigration rules on the California-Mexico border, said U.S. Border Patrol spokesman William Rogers.

“As we have been concentrating more on enforcement at the border, it definitely pushes the smuggling organizations to try riskier things,” Rogers said in a telephone interview. “They’re definitely becoming more desperate and are going to more dangerous lengths and it’s definitely concerning.”

Since October 2017, the Border Patrol has counted 20 attempts by human smugglers to land pangas—fishing boats—along the California coast from Imperial Beach in San Diego County to Half Moon Bay in San Mateo County, according to Rogers. He called it a “substantial” increase from the 11 that occurred between October 2016 and September 2017.

The most recent Orange County cases occurred June 11 and June 19 in Crystal Cove, on the Newport Beach-Laguna Beach border. Four Mexican nationals from one of the boats were arrested and the area around Crystal Cove was searched for five other suspected passengers. During the search, the nearby El Morro Elementary School in Laguna Beach was put on lockdown. It’s unknown how many passengers were on the other boat and none were located.

Officers with the assistance of our drone are still searching for the individuals who ran after arriving in this panga boat. pic.twitter.com/TUjKvCbst4

Laguna Beach Mayor Kelly Boyd said in a telephone interview he was “not particularly concerned” because such incidents “don’t happen on a regular basis,” and that it’s been happening all along the coast.

However, Newport Beach City Councilmember Jeff Herdman said in an email he was “concerned about people trying to enter our country, and in this case, our City, illegally.”

“I have confidence that our Coast Guard, Orange County Sheriff ‘s Dept., and border patrol personnel are maintaining a watchful eye, and taking aggressive action on and toward this form of illegal entry,” he said.

According to numbers provided by the Border Patrol, 241 people were arrested trying to land on the California coast in the 2016 fiscal year, though not every case involved pangas or human smuggling.

In the 2017 fiscal year, the Border Patrol apprehended 347 people, a 43 percent increase over the previous year.

So far this fiscal year, 191 people have been apprehended.

“These people tend to sail to similar places at similar times. (Orange County) is an area that we concentrate on a lot and are proactive in,” Rogers said.

Pangas are small to medium-sized open boats with outboard motors, popular with fishers in several areas of the world, including Central America. They usually hold as many as ten people. However, far out on the open ocean they are not as seaworthy as sailboats, especially in tumultuous weather conditions.

Although just two panga incidents have occurred in Orange County this year, Crystal Cove has been the site of several boat landings in the past eight years.

Similar human smuggling incidents have happened in San Diego County over the years, which most recently saw ten 10 people arrested after their panga washed ashore in La Jolla on May 23, according to City News Service.

Rogers said smugglers’ preference for landing in Orange and San Diego counties could have to do with the perception of docile weather conditions.

“Just because it might be nice and sunny up in Dana Point or San Clemente doesn’t mean that it is just as nice in the open ocean. The conditions can change quickly and they can change wildly,” Rogers said. “To go out in the ocean in an open boat is terribly dangerous.”

Vincent Pirro, another Border Patrol spokesperson, said in an email the men arrested in connection with the June 19 incident have since been sent to a nearby Border Patrol facility for processing.

El Morro Elementary School is safe, but currently on lockdown. Arriving students will be escorted to classrooms. We will provide an update as soon as more info is available. Thank you @LagunaBeachPD for your assistance. https://t.co/bT6sQq6mq1

No persons have been located in connection with the June 11 panga, which was empty when authorities arrived.

The pangas arrived around the height of a controversial zero-tolerance southern border strategy, announced by U.S. Attorney General Jeff Sessions in May, that involved the separation of families trying to cross into the U.S. from Mexico.

Rogers said that while the marine and air branch of Border Patrol tries to ensure the safety of anyone attempting to land on the coast, he “cannot overstate” how much safer it is to enter at the southern border.

“If you want to come into the United States, come in through the front door,” Rogers said. “Don’t try to jump over the fence. Don’t go out on the ocean.”

But Jeff Khurgel, an immigration expert and attorney in Irvine, said “When people present themselves at a port without any valid documentation or ID, they aren’t allowed in. They can claim asylum, but that means you’re processed and left in limbo, and people are probably hearing the horror stories that are coming out.”

“There are a lot of reasons these people won’t simply come knocking on the front door,” he said.

He likened the situation to the current European immigration crisis, where migrants and asylum seekers, largely from Africa, have made perilous and, in many cases, fatal voyages en masse by sea.

“Though it’s not on that level here, there are certainly some analogies to be made,” Khurgel said. “As conditions in Central America become more desperate, migrant families are seeking alternative, more dangerous ways of bypassing the border by sneaking around it.”
Brandon Pho is a Voice of OC intern. He can be reached at [email protected]