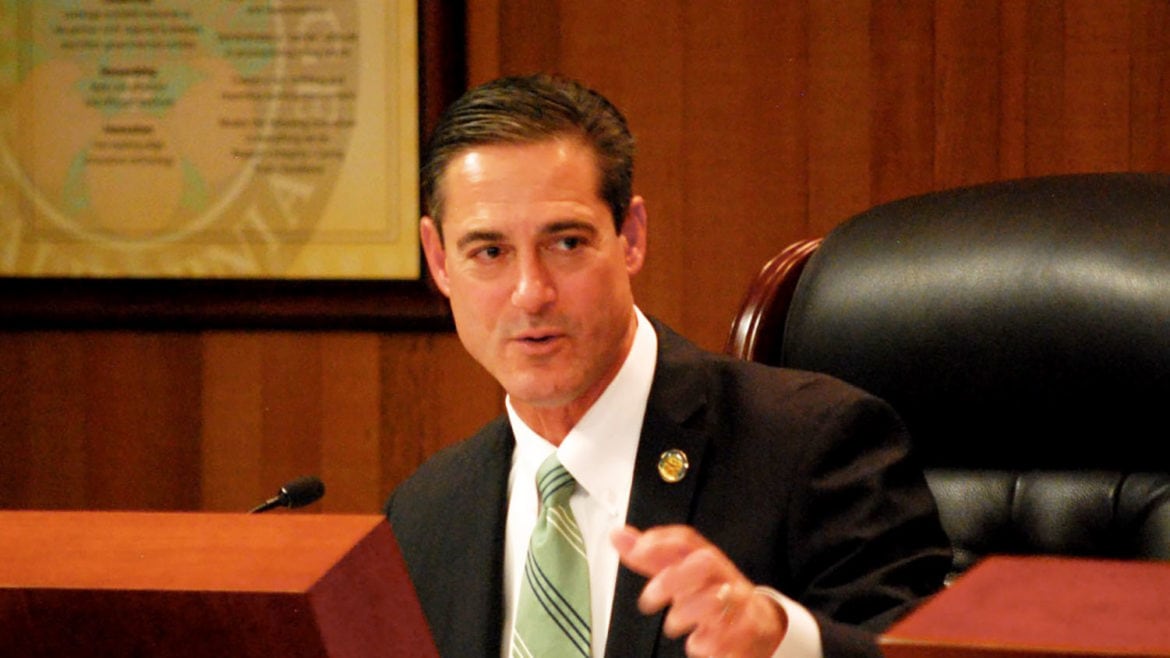 Orange County officials released the names of six candidates and 18 donors involved in returned campaign donations that may have exceeded legal limits, after previously declining to make them public.

The six candidates who returned campaign money were:

The county’s campaign money law limits candidates to receiving $2,000 per donor each election cycle and requires disclosure of each donor’s occupation and employer. Intentional violations are a misdemeanor.

County officials released the names last Thursday, July 26, in response to a Voice of OC Public Records Act request that followed an article the prior day about county officials declining to disclose cases in which candidates corrected actions that may have violated the law, without the county sending them an official letter finding a violation.

County supervisors – who are subject to county campaign finance enforcement, as are their election opponents – structured the law so when violators are caught by enforcement officials, they can return the illegal money and the matter can go away quietly.

Supervisor Todd Spitzer, who was closely involved in setting up the county enforcement approach, has said the enforcement is supposed to be “confidential,” with candidates correcting problems identified by the county’s chief enforcement official, Denah Hoard.

And at the county’s July 23 Campaign Finance and Ethics Commission meeting, Hoard and a county attorney declined to disclose to commissioners the substance of cases that did not result in resolution letters. The county attorney, Jacqueline Guzman, said the commissioners might be able to get information about the type of violations that have been sustained, but not the facts of the violations or who violated the law.

Two candidates’ names were disclosed by the county in the hours after the July 23 meeting. Both were Spitzer’s election opponents this year in his run for district attorney: Rackauckas, who will face Spitzer in November, and DA candidate Brett Murdock, who lost in the June primary.

But the other cases, involving money returned without an official letter finding a violation, were not disclosed.

In last week’s article, Voice of OC reported Terry Francke, an expert in California public records law, said he was not aware of any exemptions that would allow the county to keep campaign money complaints and findings secret

The next day, Hoard disclosed the names of candidates and donors involved in cases where campaign money was voluntarily refunded.

In these cases involving “informal communications,” Hoard wrote, “there was never a determination of excessive contributions.”

The full list of voluntarily-returned contributions, as provided by Hoard, are:

Voice of OC asked Monday morning if there are additional cases of people who voluntarily corrected campaign finance-related issues after she communicated with them, and for names and other information.

Hoard said yes, but that she wouldn’t be able to disclose that information by Monday afternoon.

County officials have not answered a Voice of OC question from last week asking for their legal justification for keeping information about complaints and findings secret.

“Just for perspective, if you or I get caught shoplifting, it’s not gonna be kept a secret. Or if somebody even suspects that we shoplifted something, we are subject to arrest, and that’s not going to be kept a secret,” Francke, the public records expert, said last week.

“So whether there’s a special level of protection for people with political reputations is another question.”

At their meeting last week, the commissioners who are supposed to monitor campaign finance enforcement questioned why they weren’t provided information about the substance of complaints and how they were resolved.

When voters approved the June 2016 ballot measure, they directed supervisors to create a Campaign Finance and Ethics Commission to monitor enforcement and hear appeals of enforcement decisions.

Commissioner George Saadeh asked Hoard about “the right to have a little bit more information, you know, about each of the complaints, so that at least we understand where they’re coming from.”

“One of my suggestions is perhaps we can get a brief summary of each one so that we can have a little – a little bit more information regarding each one of ‘em. And that way it doesn’t feel as though all we do we just sit here and say, ‘Okay, this looks good,’ ” said Saadeh, a former Santa Ana police executive.

Guzman, the county attorney, said it would be improper to let the commissioners know the substance of the closed complaints because their role is to decide on appeals of enforcement action.

“Allowing the commissioners to review the background or more specific facts relating to the violations that have been alleged raises serious questions of due process,” Guzman said in response to Saadeh’s request.

“It’s our understanding and our opinion that in order to maintain the integrity of the process – of the enforcement process – the commission has to remain an impartial decision-maker.”

Other campaign finance offices in California handle disclosure differently from the way Orange County supervisors set up the local system.

And the Los Angeles City Ethics Commission – which enforces campaign finance laws in LA – says it posts all of its enforcement orders since 1993, which can be accessed through its website.

In Orange County, the supervisors structured the county campaign finance enforcement so they are the direct bosses of the chief enforcement official, and can fire and replace her at any time without needing to provide a reason. It’s unclear to what extent supervisors receive information that is not readily available to the public.

Hoard started as the top enforcement official in April 2017, and the ethics commission held its first meeting in October 2017.