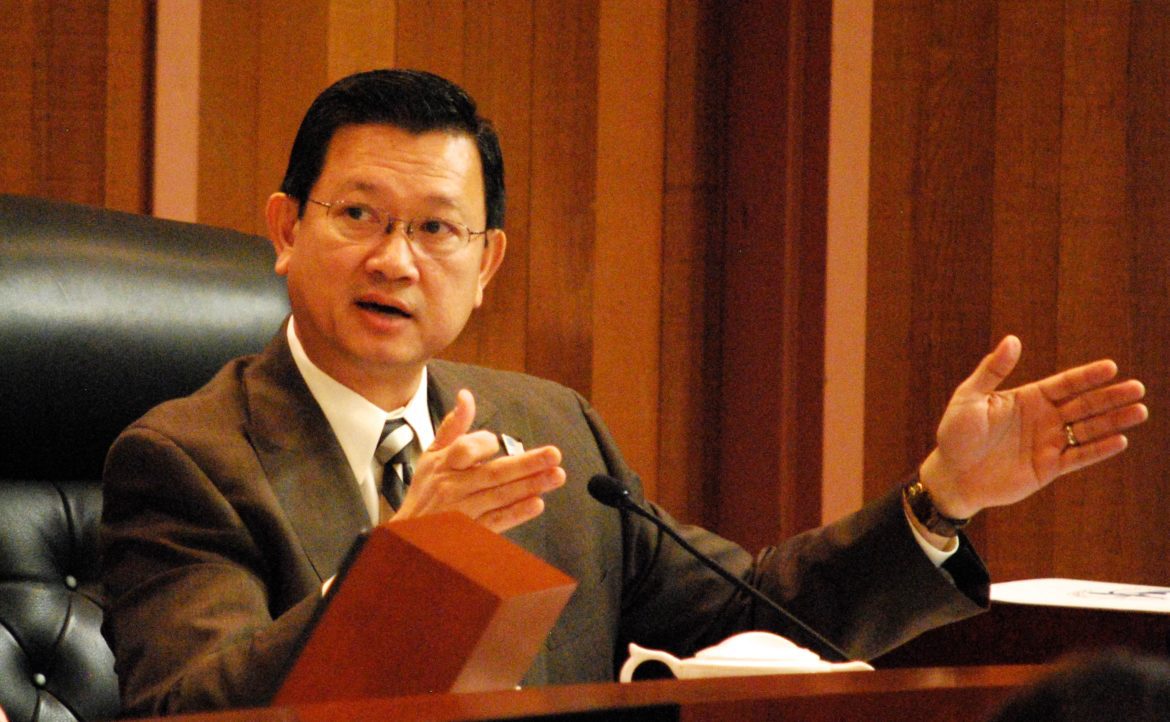 County Supervisor Andrew Do at a supervisors meeting.

In a July 16 letter, the FPPC wrote it will investigate a sworn complaint from local watchdog Shirley Grindle alleging Do violated a state conflict-of-interest law known as the Levine Act.

The donations themselves, totaling $3,900 from lobbyists Jim McConnell and Christopher Townsend in 2016 and 2017, were not alleged to be illegal. The lobbyists are not accused of any wrongdoing in the complaint.

Rather, it was Do’s alleged involvement in decisions about whether to grant government contracts to the lobbyists at CalOptima, the county’s health care organization for low-income and elderly people, that are under scrutiny from state investigators.

Do, who is serving as the supervisors’ board chairman this year, didn’t return a phone message seeking comment.

Under California law, it’s usually not illegal for elected officials to award government contracts to people and companies that donate to their campaigns.

But there are restrictions on local elected officials using their appointed positions at other government agencies, such as CalOptima, to raise campaign funds.

Under the Levine Act, it is illegal for local elected officials to approve or influence decisions about contracts and permits at non-elected boards for anyone who gave a campaign contribution of more than $250 in the 12 months before the vote or three months afterward.

Grindle’s complaint alleges Do violated the Levine Act when he involved himself in decisions on whether to grant or extend CalOptima contracts to McConnell and Townsend within a year of receiving $1,900 and $2,000 from them, respectively.

Both contributions were the maximum allowed under the county’s campaign finance laws at the time.

[Click here to read Grindle’s complaint to the FPPC. The file is large and may take a minute or two to download.]

Do’s predecessor as 1st District supervisor, Janet Nguyen, was the subject of a Levine Act investigation in 2013 and 2014, also regarding actions as a CalOptima board member.

Nguyen was later cleared of any criminal wrongdoing by District Attorney Tony Rackauckas’ office, with the DA’s office pointing to the Levine Act’s exemption for “competitively bid, labor or personal employment contracts.”

Do served as Nguyen’s chief of staff for part of her time as county supervisor and assisted in her landslide victory in her 2014 run for state Senate. However, the two had a falling out after Do was elected supervisor in 2015.

The Levine Act was passed by the state Legislature in 1982, after a Los Angeles Times investigation into an LA city councilman who used his secondary appointment to the California Coastal Commission to raise campaign funds.