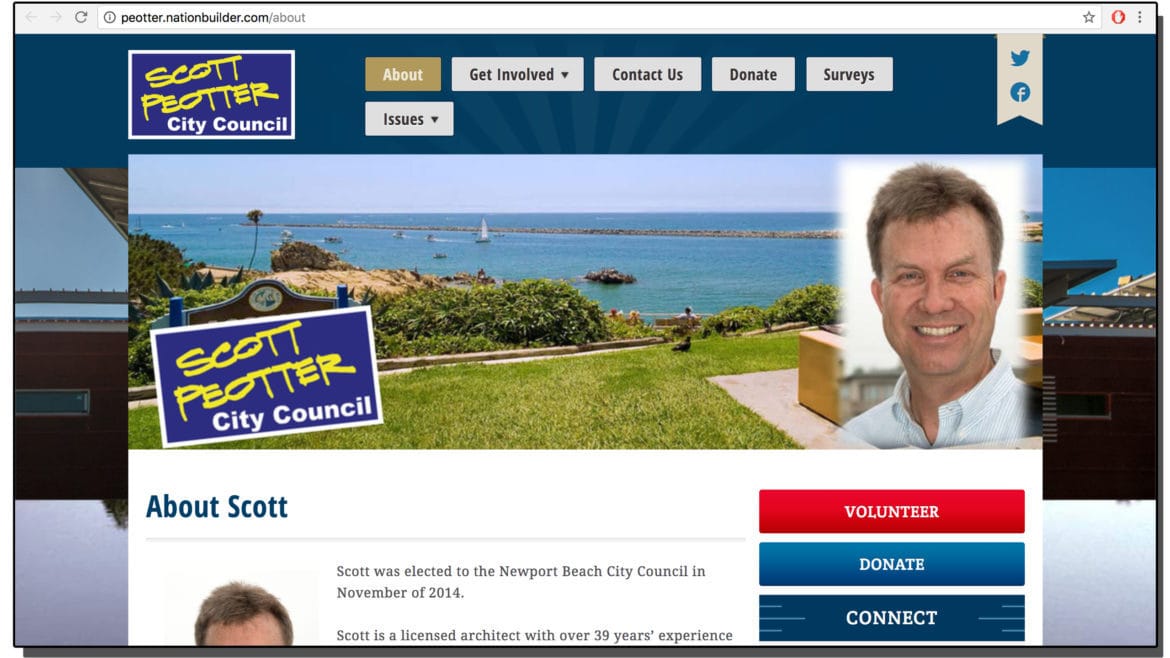 A screenshot of Newport Beach City Councilman Scott Peotter's campaign website. It was linked to Peotter’s photograph on the Transportation Corridor Agency’s web site until Aug. 14, 2018.

Stern continued, “So basically, as soon as you (Voice of OC) contact them or write the story and they don’t take it down, then it’s a problem.”

Immediately after Voice of OC called the TCA with questions, the hyperlink to Peotter’s campaign website, which was on his photograph on the TCA board member biography page, was changed to his biography on the Newport Beach City Council webpage. 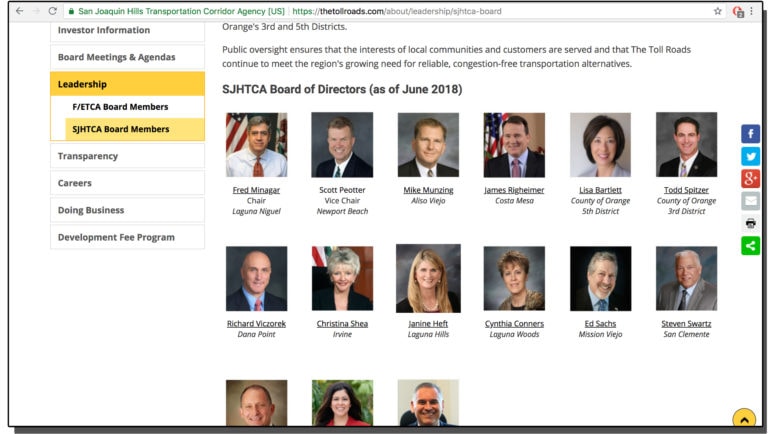 A screenshot of the Transportation Corridor Agencies board members with links to their profiles underneath the photographs. Taken Aug. 14, 2018.

“That was an oversight and that’s our apologies,” TCA spokeswoman Sarah King said in a Tuesday phone interview. “Our policy is to hyperlink to their city council profiles … Our team is now going through all the hyperlinks to make sure there are no broken links and to make sure there is nothing inaccurate.”

The TCA manages south Orange County’s toll roads. No other hyperlink under elected officials’ names on the agency website took people to a campaign or personal website. Peotter’s campaign web page, which Voice of OC captured in a screen shot before it was removed, had a large “donate” button on the right side.

The Merriam-Webster Dictionary defines hyperlink as “an electronic link providing direct access from one distinctively marked place in a hypertext or hypermedia document to another in the same or a different document.” Hypertext, according to the dictionary, is “a database format in which information related to that on a display can be accessed directly from the display.”

Voice of OC open government consultant Terry Francke said if TCA allowed Peotter and other board members to put hyperlinks to campaign websites on the agency’s web page, it could have been a legal liability for the toll road agency.

“The rationale for it would be that allowing members of the JPA (Joint Powers Authority) to essentially put up a campaign billboard on the JPA’s site, might risk liability for the use of public funds for private campaign purposes,” Francke said in a Tuesday phone interview. “I think that they at least could risk a lawsuit against the agency seeking a court order telling the agency to stop providing free space to what is essentially a partisan political message.” 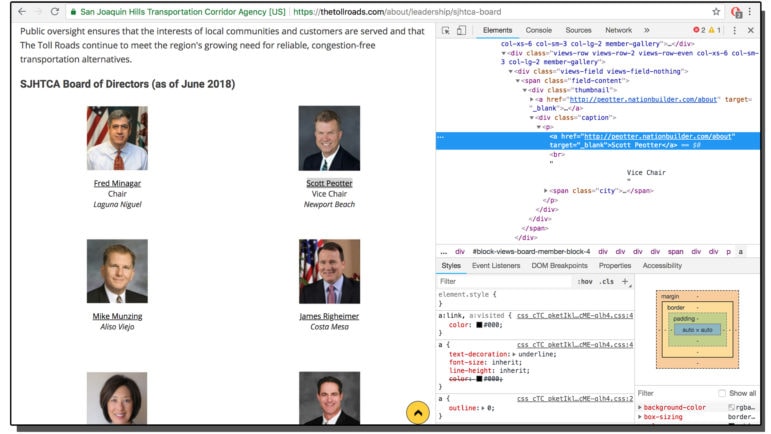 Stern said Peotter’s hyperlink wasn’t using a large sum of taxpayer funds, but it violates the principle of the law.

California law states, “It is unlawful for any elected state or local officer, including any state or local appointee, employee, or consultant, to use or permit others to use public resources for a campaign activity, or personal or other purposes which are not authorized by law.”