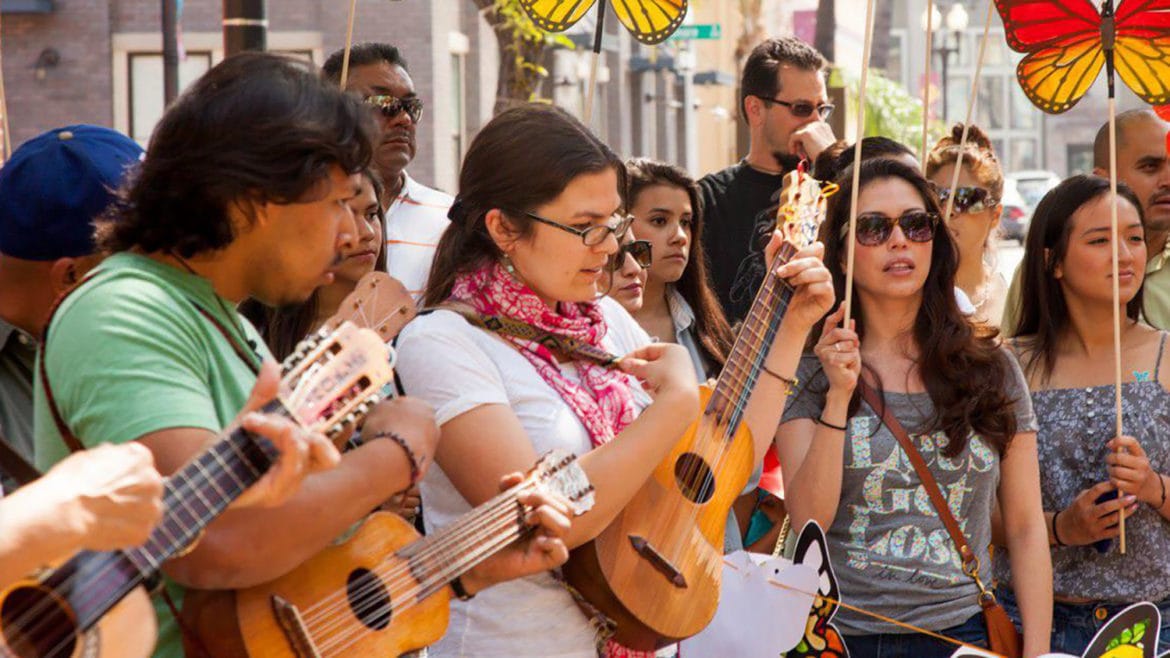 Since 1994, El Centro Cultural de México has brought vital services to Santa Ana, and from the beginning it has practiced the philosophy that the arts are intrinsic to a vibrant and healthy community.

It’s a busy place where cultural, educational and artistic activities strengthen identities, develop talents and instill a sense of purpose and leadership. “Art isn’t just a means to an end here,” said volunteer Carolina Sarmiento. “It’s an integral part of everything we do. We believe that arts and social justice are intertwined, and understanding (one’s) culture is crucial to understanding (one’s) identity.”

El Centro’s large army of volunteers offers music, dance and art classes for kids and adults. It also organizes and hosts events such as Noche de Altares, which draws more than 40,000 people every year, and the increasingly popular Día de los Niños.

In March 2017, el Centro Cultural moved into its own building, sharing the new space with community-based organizations such as SACReD (Santa Ana Collaborative for Responsible Development), which has focused on efforts to get rent control on the ballot for this election. The media are part of the mix, too. Voice of OC has an office there. An in-house community radio station, “Radio Santa Ana,” recently began broadcasting at 104.7 FM. 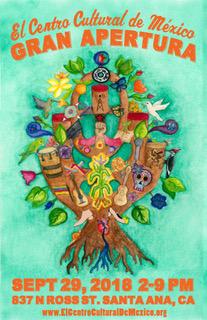 El Centro Cultural de México is celebrating a grand re-opening this Saturday, Sept. 29, from 2 to 9 p.m. The public is invited to the free event, which will celebrate and showcase the facility’s capabilities with demonstrations and performances.

We talked recently with Sarmiento about the facility, its services and its cultural significance.

Voice of OC: How did this organization get its start?

Carolina Sarmiento: It was founded by four Mexican immigrant women to create a space for people to learn about their culture in a dignified way. It gradually grew into a space that welcomed music and dance and art. From the beginning there were classes on tenant rights and immigrant rights, community organizing and health access. We’re largely a social-justice hub that works around music and culture and the arts.

VOC: You’ve moved a lot over the years. Why?

Sarmiento: We’re a symbol of the consequences of the gentrification that has happened in Santa Ana. This is our fifth home. The first place didn’t have enough parking spots. The second place was bought and is now a parking lot for the Bowers Museum. The third and fourth buildings were downtown, and we couldn’t stay as (that area developed). And so we got this opportunity thanks to the California Endowment, which has invested so much in this community. So this awesome spot is our fifth space.

VOC: What’s the new building like? What goes on there?

Sarmiento: Outside there are two parking lots, which is great. Inside, we have two community meeting rooms, a low-powered FM community radio station, a music and multipurpose room. We can hold big classes there — everything from pre-Columbian dance to danzon. We also have reunification of families there. We have this collaborative venture with another organization — a strategy to support the development of cooperatives run by and for communities of color. That happens once a month.

Sarmiento: Yes. Our Day of the Dead event, which we host, attracted more than 50,000 last year. It takes about 50 volunteers to run everything.

VOC: How do you fund your facility and services?

Sarmiento: We have a diverse fundraising mechanism. Besides the California Endowment, we have this program where people can contribute individually. Our classes conduct fundraisers. Performers here sometimes donate what they make back to the space. Some community partners donate when they use the space.

VOC: Tell us more about some of the cultural events you host here.

Sarmiento: It’s not just mariachi and ballet folklorico, but all these different forms of culture that are now found in Santa Ana. Chinelos, a traditional dance from Morelos in Mexico, is very popular (Chinelos dancers mock Europeans and European mannerisms from the colonial period up to the end of the 19th century. The tradition arose from the blending of indigenous and Catholic traditions, most notably Carnival.) They can (attract) up to 300 or 400 people. We also created large puppets, the kind traditionally used in Oaxaca. We incorporated them into a theater piece about publicly held lands and the rights of mothers to have a hand in what their community looks like.

VOC: There will be entertainment this Saturday, we hear.

Sarmiento: We have Los Bohemios with la Marisoul and members of the L.A. band La Santa Cecilia. And we will showcase a lot of homegrown talent with musicians, artists and dancers. Many of them are activists.

VOC: We heard that one performer is the daughter of a man whose deportation case your group was able to stop.

Sarmiento: Now he has a work permit. You know, we think of the arts as a tool. In our case, art, identity and social justice are intertwined. You have to understand who you are in order to express yourself.