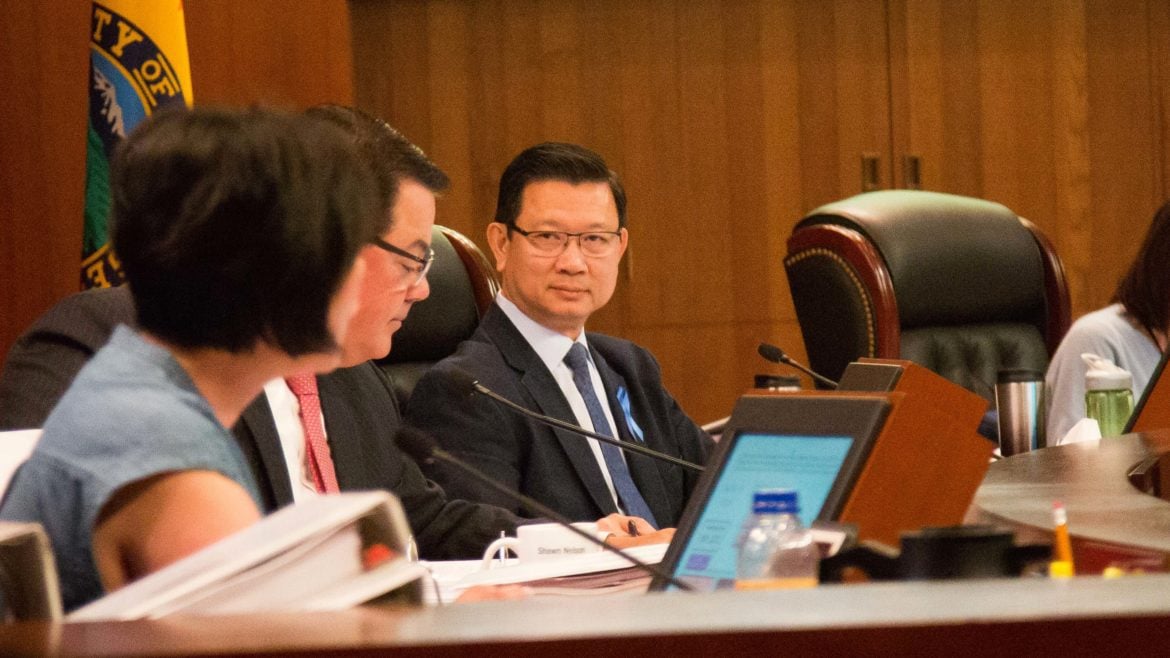 Orange County supervisors Tuesday backed a campaign asking voters to overturn a new California law that replaces the cash bail system with assessments of a suspect’s risk to the public’s safety.

The supervisors unanimously adopted a resolution that voices support for the referendum, while not taking further action supporting the effort.

The new law, known as Senate Bill 10, “is doing away with our cash bail system” and replaces it with an “amorphous, so-far undefined” risk assessment process, said supervisors’ chairman Andrew Do, who brought the item up for approval.

“We’re doing basically a grand social experiment, and I think it will end up to the detriment of the people of the state of California,” Do said.

Under the current cash bail system, people who are arrested and charged with a crime remain in jail before trial unless they can pay for bail – often thousands of dollars – or borrow it from a bail bond agent.

The United States is one of two countries in the world that allow commercial bail bonds; the other is the Philippines.

Under SB 10, which Gov. Jerry Brown signed last month, that system would end in October 2019. Instead, courts would assess whether defendants are a danger to public safety, and their likelihood of showing up for trial. Judges would then determine if a defendant is released before trial.

The day after the bill was signed, the bail industry launched a referendum effort to overturn the law in the November 2020 election, which requires gathering about 366,000 signatures from California voters within 90 days of when the governor signed the bill.

If the signature effort succeeds, the new law would be put on hold until voters can decide its fate in November 2020.

The supervisors’ resolution states “the current bail system has been operating effectively for decades, and people who bailed out tend to return to court to make their appearances.”

“Law enforcement doesn’t have the resources to locate and re-arrest defendants who failed to appear in court,” it adds.

“On the other hand, bail agents and companies, at their own cost, [are] incentivized to locate and return defendants to court. Bail agents and surety insurance companies today provide a benefit to the people of the State of California.”

The resolution was described as “toothless” and “a big distraction” by Supervisor Shawn Nelson, who voted for it.

“I certainly share your point of view, and I am not gonna vote against it,” Nelson told Do during Tuesday’s Board of Supervisors meeting.

“I’d just like to point out that, you know, having being in government now for 16 years, I just think it’s a big distraction. Government agencies, at all levels, get off on their ability to pass sort of these toothless, ‘I-support-the-following,’ [resolutions].”

Do replied that the law would affect the public safety of county residents, as well as county probation officials who would conduct risk assessments.

In California, the bail bonds industry spent more than $3 million on lobbying and political campaign contributions between 2009 and 2017, according to data compiled by the National Institute on Money in Politics.