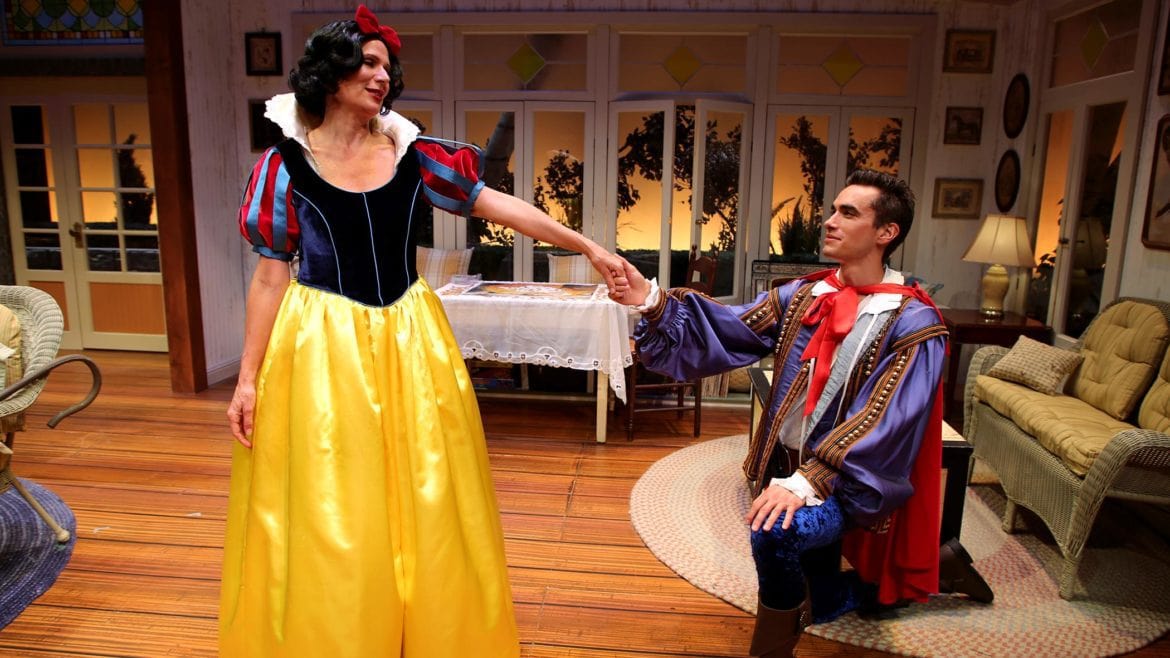 ‘Vanya and Sonia and Masha and Spike’

Many might refer to “Vanya and Sonia and Masha and Spike” as the love child of Anton Chekhov and Christopher Durang.

They wouldn’t be too far off. But what, you ask, can a playwright known for offbeat comedies like “Beyond Therapy” and “The Marriage of Bette and Boo” possibly have in common with the world-renowned Russian playwright who gave us “The Seagull,” “The Cherry Orchard” and “Uncle Vanya?”

Director Bart DeLorenzo has been a fan of Durang’s works going back to his youth and his initial infatuation with the art of theater – and yet “Vanya and Sonia and Masha and Spike,” running at South Coast Repertory through Oct. 21, represents the first time he has directed a Durang play

He’s also a huge fan of the works of Chekhov, having directed three Chekhov plays and calling him “the poet of being alive.”

Chekhov, DeLorenzo said, “writes life – the secret dreams and passions of all of us, our frustrated hopes that never seem to come about, unrequited love, disappointment. Isn’t that another name for life itself?”

In the 2012 Durang play, the director finds both an homage to and a loving spoof of the great 19th-century poet and playwright.

“The play explores the same question that all of Chekhov’s plays do: How to live? You have desires and dreams and life frustrates and disappoints, and the world changes around you and you change until you have no idea how you got where you are, and then is it too late to finally live the life you dream? So it’s about moving through your life and finding ways to age gracefully – to accept the changes you must, even those who drive you crazy, and also to keep looking for new opportunities to help your family, your world, and yourself.”

In the play, Durang “takes the great Chekhovian premise of the country house with a family – in this case Vanya (Tim Bagley) and Sonia (Jenna Cole), a brother and sister who have lived in this house their entire lives. They’re in their middle years and kind of coasting through – nothing painful, nothing dramatic, but nothing particularly exciting, either.” 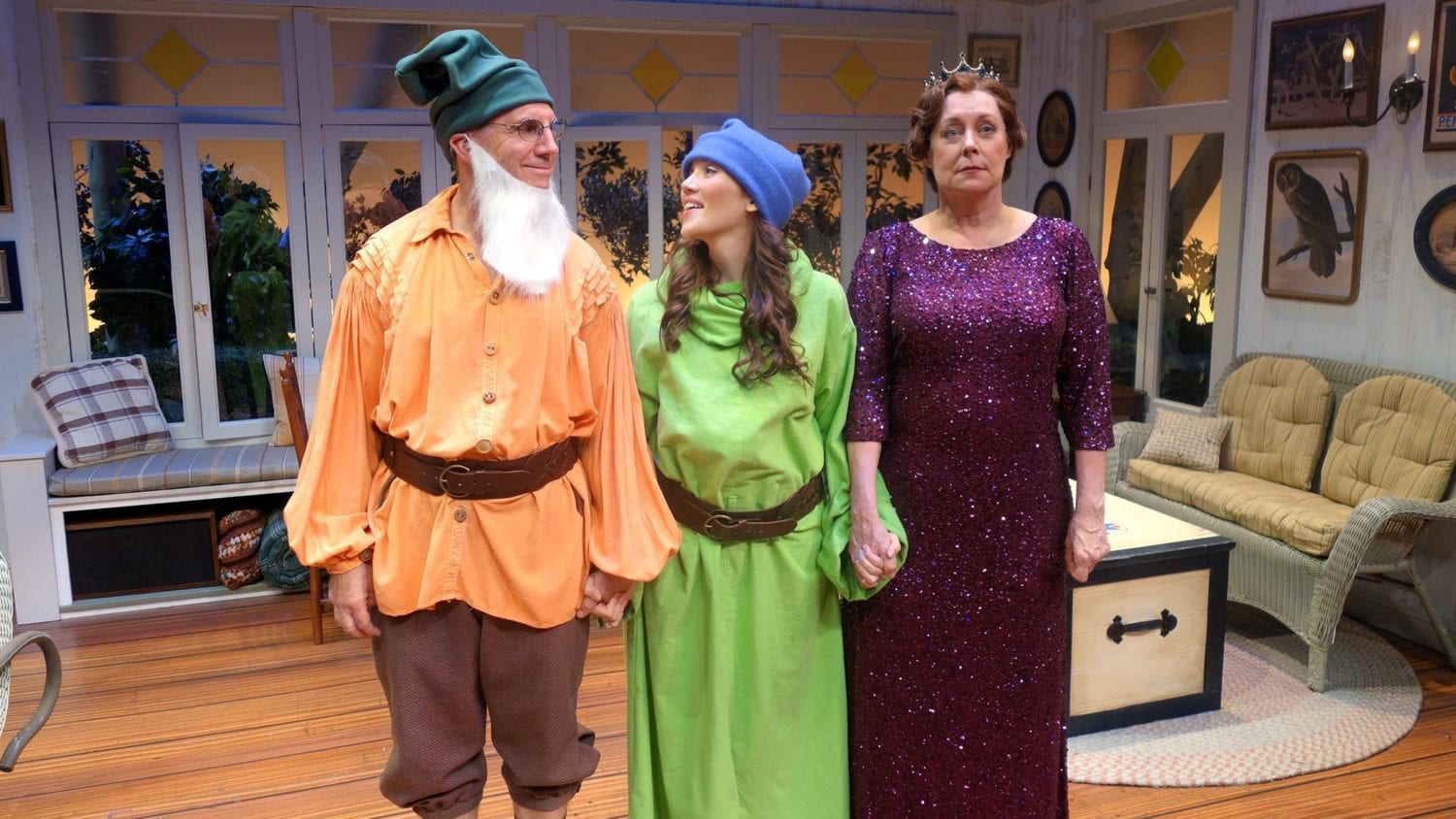 “Into their quiet lives comes their sister, Masha (Pamela J. Gray), a big movie star, and she brings with her her much younger boy toy, Spike (Jose Moreno Brooks) – and these two shake the house to its foundations.” The play has “an emotional crisis, a sexual crisis, a financial crisis and even an existential crisis — and by the end of the weekend, all the characters have changed.”

“Vanya,” DeLorenzo noted, is “similar to a Chekhov play.” Chekhov plays “are all about the same thing: how is it to live? What do we do while we’re here on this planet? How do we get through? How do we move forward? How do we confront the future? This play is exactly like those Chekhov plays in that the characters are always in some kind of crisis. The difference is the result is a much happier result in this play (than in Chekhov’s) and there are a lot more laughs along the way.”

As far as spoofery, Durang is “spoofing some of the small things. Little line references here and there, and there are mini-homages to famous Chekhov scenes – Easter eggs for the diehard Russophiles. But ‘Vanya’ isn’t a spoof because, in my opinion, it’s a genuinely Chekhovian play. The setting, the situation, the characters, the sort of crises the characters suffer through, even the depths of their passion are all true to the Russian master. Where it deviates (from Chekhov) is the way Durang resolves his characters’ predicaments and most importantly, it’s much much funnier, crazily deliriously funnier. Of course, Chekhov expertly writes a certain kind of character comedy, which I love dearly, the folly of humanity, comedy on the edge of tragedy, and Durang can’t help but celebrate the absurd in bright contrasts and with his razor wit.”

Durang’s plays “are so specific in how you need to cast them. You have to cast each role really, really specifically. You need very unusual combinations of qualities for each of the actors.” Casting the show amounted to “a psychological investigation to cast each one of these people piece by piece because of the internal contradictions of the characters.”:

“We saw lots of wonderful people (in casting), but then every now and then, someone would come in and that great moment where you can feel it in the room, this person has just claimed this part. They have taken it.” His six cast members are “very funny, very lively.”

DeLorenzo said he and the SCR design team’s aims included mirroring Chekhov’s use of nature and “evoking an eccentric American family – the accumulation (of objects), the clutter, and the eccentricity. I wanted to evoke all of that. Somewhere in the back of my mind the model was Kaufman and Hart’s hilarious play ‘You Can’t Take It With You.’ So I wanted to evoke this eccentric theatrical family and I wanted to evoke the Chekhovian natural world.”

SCR’s staging also carries “some hints of the 19th century in some of the clothes” (costumes by Raquel Barreto) “and definitely in the music” (by John Ballinger, sound design and original music); “I love the Russian composers of the late Romantic period.” He calls the production “a very contemporary play, but a play that is a little bit in love with the past.”

Eric Marchese is a contributing writer for Arts & Culture at Voice of OC. He can be reached at [email protected]