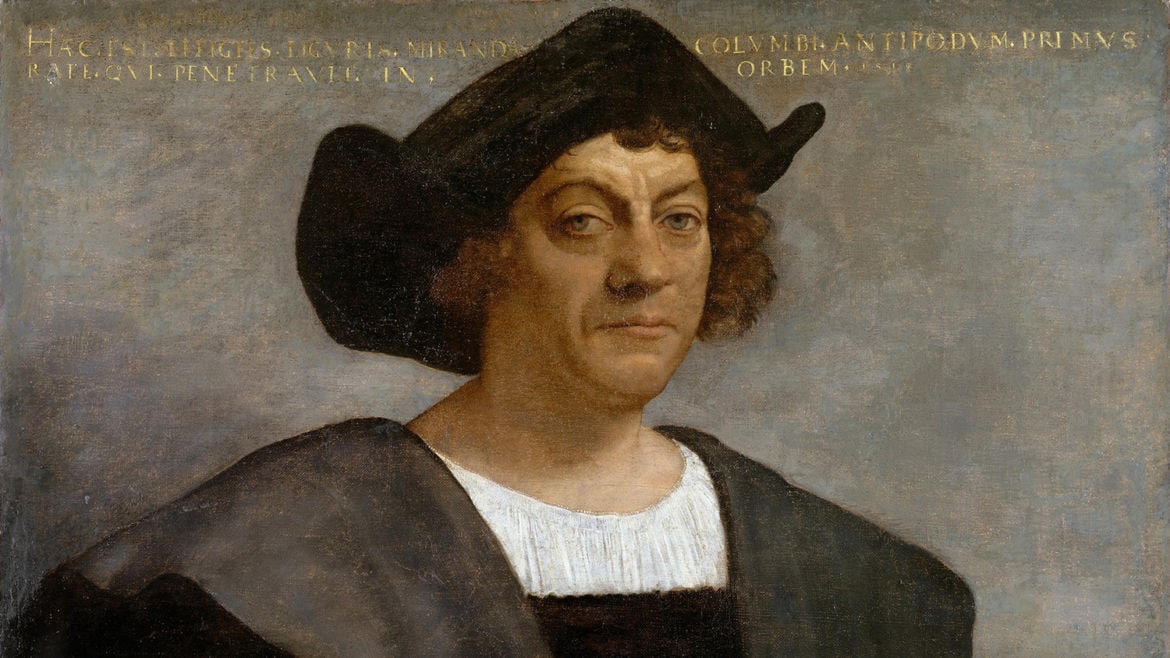 A posthumous portrait, likely of Columbus, titled "Portrait of a Man" by Sebastiano del Piombo.

Not so in neighboring Los Angeles County or the City of Los Angeles, which both in recent years switched from recognizing Christopher Columbus to identifying more with the indigenous peoples Columbus “discovered.”

It’s part of a movement of civic leaders, begun at the City of Berkeley in 1992 on the 500th anniversary of the discovery of the Americas by Columbus, to turn the holiday on its head and focusing on the impact on those discovered as opposed to those doing the discovering.

In recent years, presidential proclamations for the holiday also have drawn different approaches – with former President Barack Obama’s message focusing on the impact on indigenous peoples and President Donald Trump’s message last year, which did not.

The issue is very similar to the national debate going on over the reframing of historic monuments across America and a questioning of the historic figures – such as confederate leaders across the South – that have been traditionally recognized.

Here in Orange County, similar debates flared up at Fanning Elementary in Brea earlier this year as students debate the future name of their school given questions about KKK connections to a former Superintendent the school was named after. Last year, Anaheim’s Savanna High School engaged in a similar discussion around their longtime mascot, Johnny Rebel.

And in South Orange County, one of the nation’s oldest missions in San Juan Capistrano also has come under focus as the telling of Father Junipero Serra’s work with indigenous communities is increasingly reframed and in some cases protested.

Yet given Orange County’s longtime, official fervor for ideological debates on issues like immigration, it’s surprising that the question of city recognitions for Columbus Day – as opposed to Indigenous People’s Day – hasn’t yet hit the city council dais – especially in a year with four competitive congressional races in districts with changing demographics.

So far, the ongoing ideological barfight between Republicans and Democrats over multi-culturalism, seems to have focused largely on immigration here in Orange County.

Nearly half of Orange County cities and the county government have adopted resolutions supportive of the federal lawsuit against California’s sanctuary laws seeking to limit local law enforcement cooperation with federal immigration authorities.

U.S. Attorney General Jeff Sessions initiated a lawsuit against California earlier this year over three separate sanctuary laws. The City of Los Alamitos also jumped into the debate this year adopting an ordinance that attempts to exempt the city from the law still referred to as state Senate Bill 54, which bans local law enforcement agencies from giving Immigration and Customs Enforcement (ICE) the jail release information of undocumented prisoners. A host of other cities have followed suit.

Yet on the issue of Columbus Day recognition, there has been no similar movement – even in cities like Santa Ana that have a progressive city council majority and a majority Latino population.