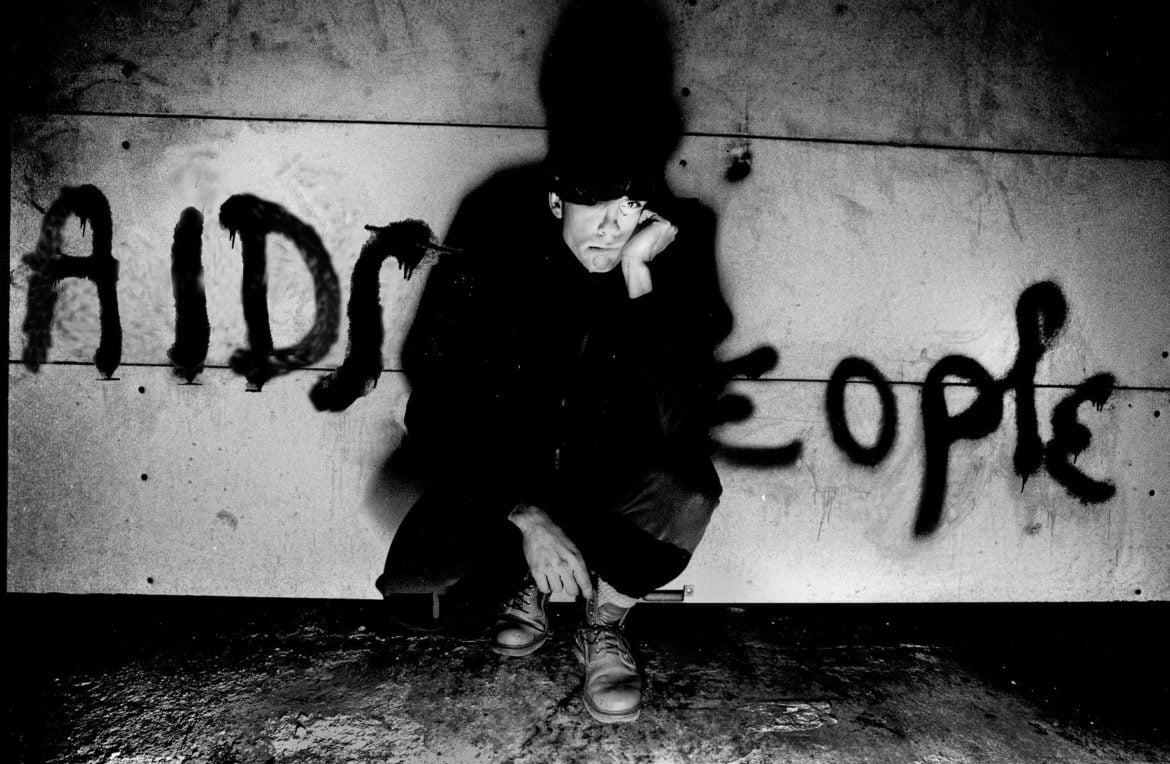 Kurt Weston makes his living as a photographer. He’s also legally blind. It’s a paradox that has become his calling card, and he identifies with it proudly.

His blindness comes from tremendous damage done to his retinas and the rest of his eyes due to complications from AIDS.

His photography — well, that’s been his passion since he was a young fashion photographer in Chicago in the 1980s.

It was during the early ‘80s that Weston believes he contracted the disease, which was then considered a death sentence. He was diagnosed with full-blown AIDS in 1991. 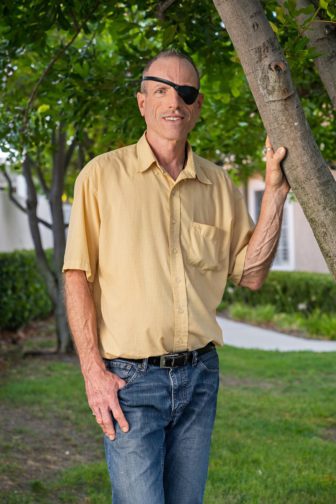 Now Weston is 61, and he’s living in a senior residential community in Mission Viejo, after about 15 years residing in Huntington Beach.

In the show, Weston’s black and white photography will primarily feature portraits of people, mostly young men with AIDS in the 1980s club and performance art scenes in Chicago. Most of the men, who looked healthy and full of life at the time, are dead today.

The images come from negatives Weston brought with him in boxes during his move from Chicago to Orange County in the 1990s. He was extremely sick back then, and thought he only had about six months to live. 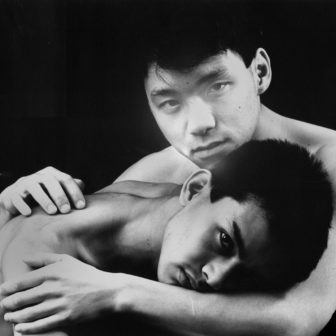 “Those boxes of negatives basically became this show,” Weston said. “While I was scanning the film — all black and white film — I was remembering all these faces, these people, how they looked at one time. How vibrant and beautiful they were, and how they became so sick. It was heart-wrenching to remember the impact their lives had on me. So many were never able to realize their full potential.”

Weston was born Oct. 23, 1957 in Chicago. He grew up in Hoffman Estates, Illinois. He obtained a degree in fashion merchandising from Northern Illinois University, then started working in the clothing industry.

He subsequently got more involved with art, then received a degree in photography from Columbia College Chicago. That’s when he started doing fashion photography, and made a pretty good living at it, jet-setting frequently to New York and Europe. 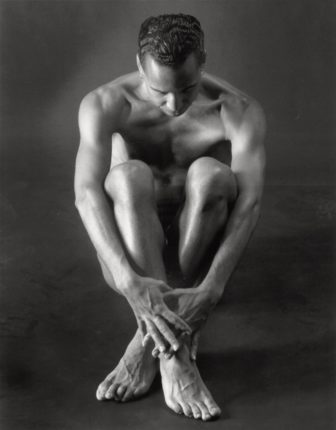 “That’s when this body of work started,” he said. “I was working in commercial photography, and I really wanted to photograph interesting people. Some of the photos in the show are actually documents of pride festivals in Chicago in the ‘80s. There’s some pretty outrageous imagery. Probably 97 percent of the images are of people who have died. There are one or two here or there that are still living.”

By this time, Weston himself had contracted AIDS, and was taking various combinations of drugs to fight the disease. Certain drugs and the AIDS-related cytomegalovirus retinitis caused serious damage to his eyes, completely destroying sight in his left eye and leaving only peripheral and fuzzy vision in his right.

“Those experimental medications poisoned my retinas,” he said.

Weston started taking another new, experimental drug, but that had vicious side effects as well.

“Sometimes I had a feeling like I couldn’t breathe,” he said. “My heart’s pounding. I feel like I’ve got hypertension. I was literally feeling like I was going to have a heart attack.”

Weston’s on a different combination these days, and they don’t have the same awful side effects, but they are expensive and must be taken constantly.

Weston has a widely exhibited body of work called “Blind Vision,” in which he took dozens of self-portraits that replicate how he sees the world. The images often feature his face pressed up against scanner glass, and there are streaks and scratches across the surfaces. Many elements are out of focus. 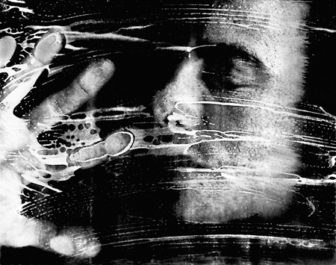 “Losing the Light,” a photograph by Kurt Weston from his series “Blind Vision.”

“I feel like I perceive the world in more layers because of my vision loss,” he said. “There’s things happening on different levels, and different layers within the work. I don’t think they necessarily would be there, had I not experienced vision loss.”

Alina Oswald is a writer, photographer and arts editor of A & U Magazine, which covers America’s AIDS epidemic. She wrote a biography on Weston called “Journeys Through Darkness,” after interviewing him for the first time in November 2005.

“I think there is a deep, powerful visual story that he tells through each and every one of his images,” said Oswald, who will also be on the “AIDS: Then & Now” panel on Dec. 1.

“He conveys that story, and the experiences that he’s been through in a very powerful way. From what he has told me over the years, he had to learn how to see again. Not only by using special devices, but also to express a new way of seeing, I think, in his work, and he got very creative about it.”

Jeffrey Frisch, the executive director of OCCCA and coordinator of the arts program at John Wayne Airport, said Weston’s photography is “inherently dramatic.”

“The work that he’s done prior to losing his eyesight — that’s one style of photography,” Frisch said. “It almost looks like fashion-related, dramatic photography.”

Frisch has also seen Weston’s “blind photography,” and exhibited some of it years ago in the lobby and arrival areas of John Wayne Airport.

“There’s a poignancy to it. Some of the things I’ve seen look like someone pressing their face up against a glass lens, or against a photocopy machine. You wonder, ‘How does he get up close to see something?’ I find what he’s doing to be very interesting.”

Weston, who gets around via rides from friends or his husband and taxis specially discounted for medical passengers, said he doesn’t think it’s worth his time to be resentful about his condition or situation.

“I’m just grateful that I have been able to survive, and it’s kind of weird, because so many of my contemporaries didn’t make it. A lot of people who had a lot more T-cells, and were a lot more healthier than me, are dead now.

“It has most certainly been challenging to live with the vision lost. It’s also been a tremendous learning experience. It’s given me a whole different insight into the world that I would have never had, if I didn’t lose my vision.”