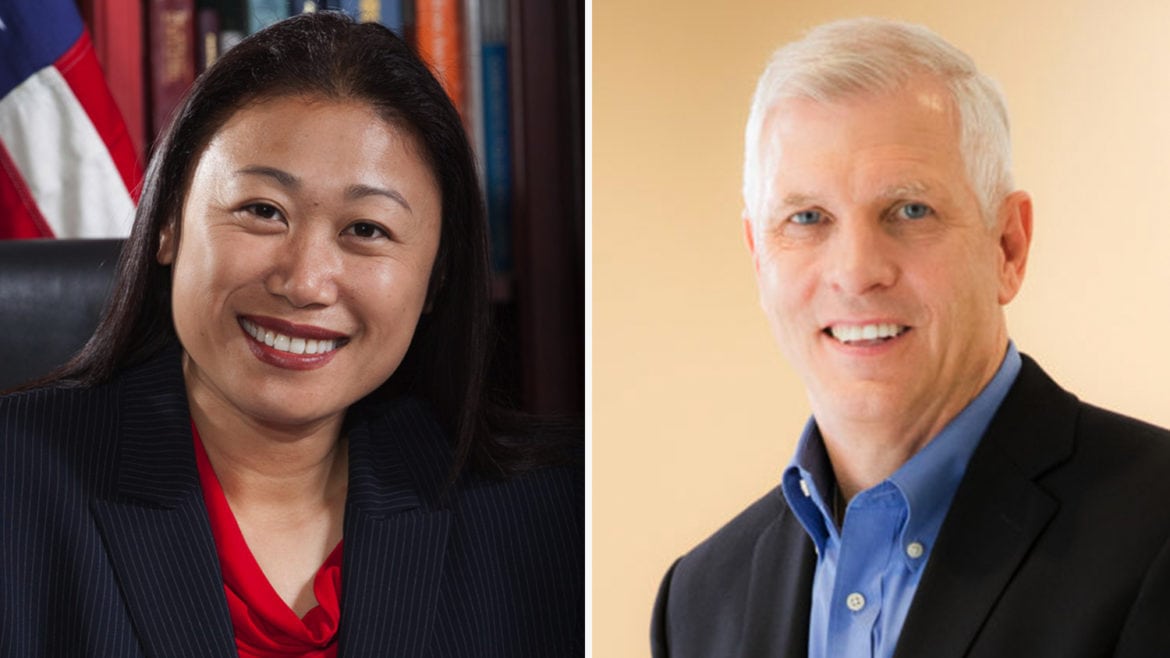 The latest results from Orange County, released Monday evening, had Umberg pulling ahead across the district, with 50.09 percent to Nguyen’s 49.91 percent. The tally includes the Nov. 16 results, the most recent available, from the part of the district that dips into Long Beach in Los Angeles County.

Umberg, a former state Assemblyman, was leading in the latest count by 438 votes out of 253,210 votes reported so far across the district.

LA County officials did not post updated results Monday, and their next update is scheduled for Tuesday evening.

Chaffee went from from 50.0 percent of the vote Friday to 50.1 percent Saturday to 50.2 percent Monday.

At the end of election night count, Shaw was in the lead with 50.9 percent of the ballots counted thus far, which declined in the days counting after the election.

If Umberg’s lead holds in the 34th District, Democrats will add to the supermajorities they gained in the state Legislature in this month’s election.

With a two-thirds supermajority, the party can raise taxes, override vetoes, and suspend legislative rules without needing Republican votes.

The district also includes the northern half of Huntington Beach, a southern portion of Anaheim, a small slice of the city of Orange, and the entire unincorporated communities of Rossmoor and Midway City.

Nguyen was elected to the district in 2014, after serving on the Garden Grove City Council beginning in 2004 and the Orange County Board of Supervisors from 2007 until she went to the Senate. Umberg represented central Orange County in the state Assembly in the early 1990s and mid-2000s.

Orange County has counted 92 percent of the total estimated ballots from the Nov. 6 election, with another 91,338 ballots estimated left to count.

The 2018 general election is on track to have OC’s highest midterm voter turnout in years.

Estimates from election officials put total turnout at 71.6 percent – or about 1.12 million ballots among 1.56 million registered voters in OC.

Below is a run-down of the updated vote counts.

Updated figures are calculated based on vote counts from Orange and Los Angeles counties. LA County did not post an update Monday and is scheduled to update its results Tuesday.