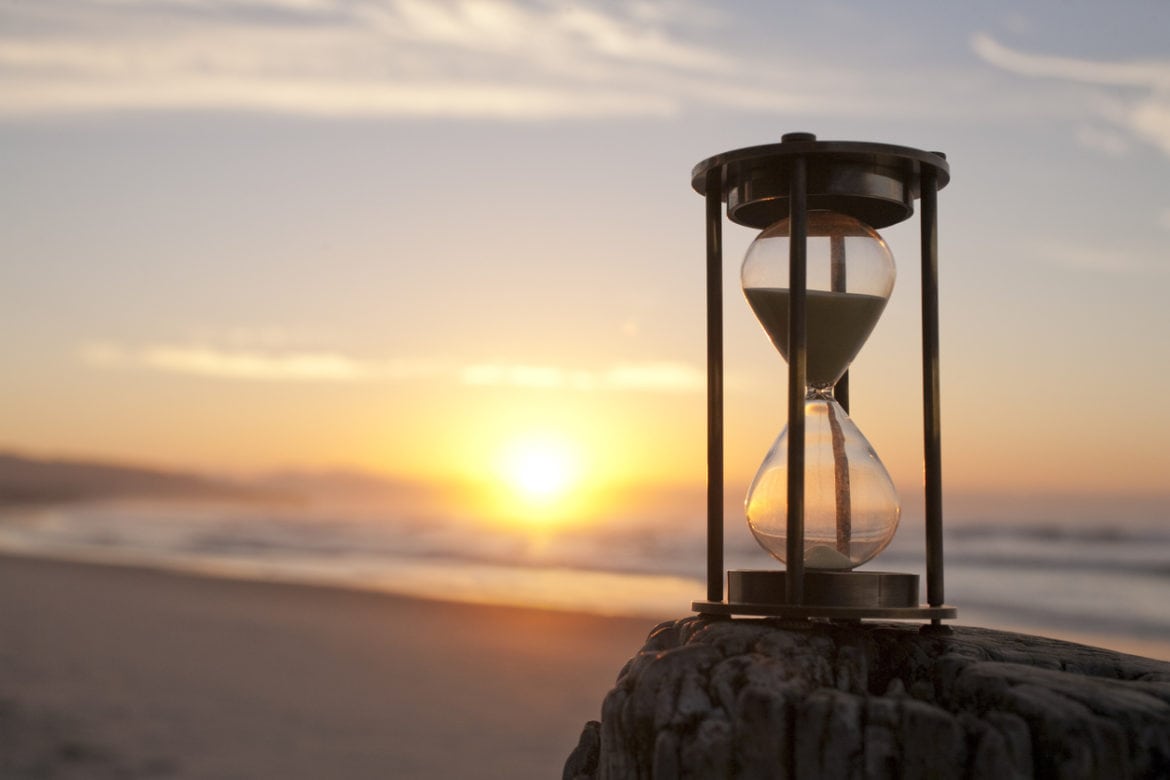 An hourglass on a beach in front of a beautiful sunrise, shallow DOF.

Mankind has only 12 years left to make unprecedented cuts in greenhouse gas (GHG) emissions if we want to stave off unimaginably catastrophic effects of runaway global warming.

This is the warning detailed in October’s report from the United Nation’s Intergovernmental Panel on Climate Change (IPCC), the recognized global climate authority which represents the investigations of hundreds of climate scientists and 195 participating nations.

A 2.0 degree Celsius average global temperature rise above pre-industrial levels was previously viewed by the IPCC as the tipping point beyond which global warming would spiral out of control with incomprehensibly negative consequences for humanity and the planet. We are fully half way to this cut-off, but more to the point is the revised projection by the IPCC that the worst effects will emerge with a smaller temperature rise of just 1.5 degrees Celsius (2.7 degrees Fahrenheit).

Preventing the 1.5 degree rise necessitates, by 2030, a 45 percent reduction in GHG emissions compared to 2010 levels, with “net zero emissions by 2050” which means all emissions need be balanced by removal of an equivalent amount from the air.

If GHG emissions continue instead at the current rate, the 1.5 degree mark will be reached in 2040, producing environmental havoc that effectively ensures the end of civilization as we know it. Picture a future defined by poverty, food shortages, coastal flooding, mass migrations, ferocious storms, bigger and more intense wildfires, plus unrelenting heat that makes parts of the world unlivable.

Hearing this, Americans should be screaming from the rooftops, demanding to know how our government will prevent this very real existential threat to our own and our children’s future.

Infuriatingly, there are no signs that President Trump intends to do anything. He has both pledged to increase the burning of coal and withdraw the United States from the 2015 Paris Climate Accord. He’s also unashamedly issued executive orders to roll back Obama-era climate measures, including those reducing GHG emissions from power plants and limiting drilling for oil and gas off America’s coastlines.

No one should be fooled into thinking the current administration is ignoring climate change out of a genuine belief that climate change is not happening. The U.S. Dept. of Transportation was actually tasked with assessing how Trump’s recently proposed rollbacks in vehicle fuel efficiency standards would further worsen global warming and air quality. The resulting environmental impact statement projected a whopping rise in global temperature of 3.5 degrees Celsius by 2100 even without any rollback in fuel efficiency standards.

Obama claimed he resorted to using his presidential powers to address climate change only because Congress was failing to act. Though it’s maddening to think that Trump could continue to undo as many climate regulations as his powers permit, it’s critical that the public understand that only Congress ultimately has the means to trigger the sweeping transformation of the world energy economy that could reduce GHG emissions to the extent needed to meet the 12-year deadline.

Importantly, there is strong agreement among economists (both conservatives and liberals) that there is a realistic answer to climate change: Implement a market-based solution that puts a gradually rising fee on carbon emissions worldwide to effect the transition from a fossil fuel-based global economy to one reliant instead on renewable energy sources. Congress needs only to find the political will to pass a revenue-neutral price on carbon as it enters the economy (at the well, mine or port) along with a border tariff on imports imposed on countries that fail to follow to suit.

Revenue-neutrality means that the money collected is passed to American households on an equal basis, like as a monthly dividend. Research shows such action would actually strengthen our economy while effectively addressing the problem.

It’s the size of the U.S. economy that uniquely empowers us to lead the world to a green energy future, but nothing will happen without Congress stepping up. As citizens of both a democracy and a planet in crisis, now is not the time to stay silent and assume Congress will remain intransigent.

It’s hope inspiring that there has been tangible evidence of a tidal change among Republicans in the current Congress. The House Climate Solutions Caucus is a bipartisan group formed in 2016 and committed to addressing climate change. It recently grew to 90 members, evenly split between Republicans and Democrats. Also, a carbon tax bill was introduced in the House in July by a Republican.

If the wave of new Democrats joining Congress in January rightly frame climate change as a bridge issue facing all Americans, instead of using it as a wedge between political parties, it’s reasonable to believe a real conversation in Congress about implementing a fee on carbon emissions nationwide is possible in the near future.

As frightening as the predictions of the IPCC are, we are not yet cooked. We can direct our members of Congress to fulfill this most fundamental obligation to the public – protect us from the clear and present danger of climate change by passing a fee on carbon emissions while there’s still time. Nothing short of the planet’s livability is at stake.