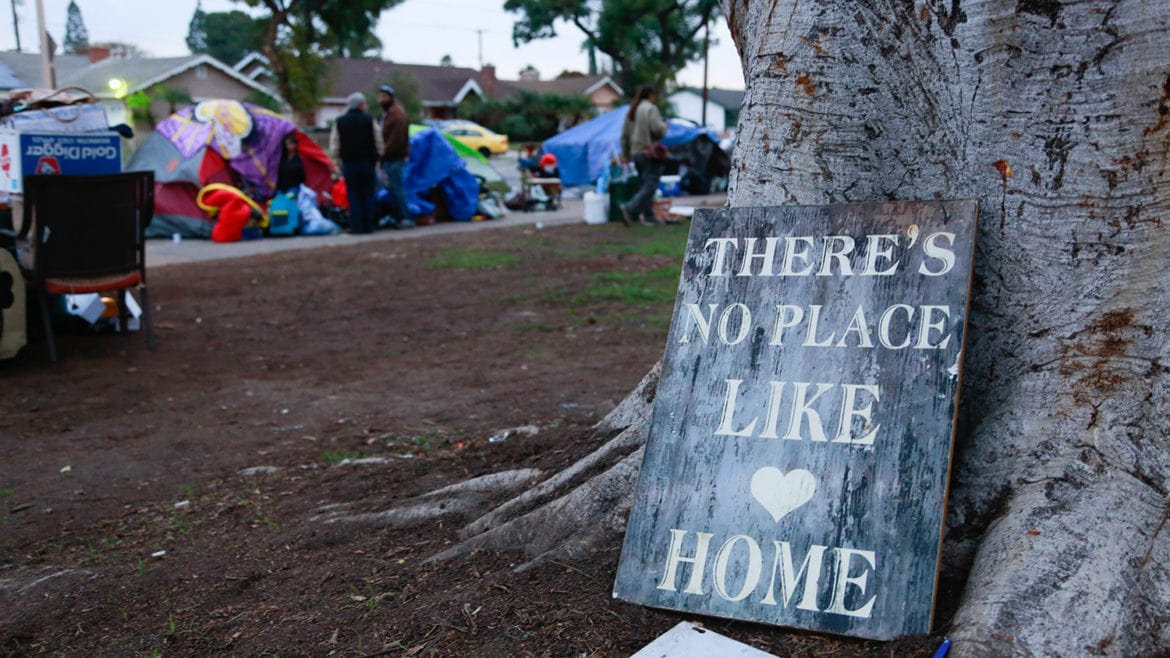 A sign placed on the Broadway side of Maxwell Park, where a nearly 30-tent homeless encampment was until it was cleared out by Anaheim city officials and people were sent to a 200-bed homeless shelter. Dec. 21, 2018.

Anaheim officials cleared out homeless encampments at Maxwell Park Friday morning and sent roughly 30 people to the newly opened 200-bed emergency homeless shelter near Angel Stadium four days before Christmas, as part of a settlement in a federal lawsuit.

“The city has definitely taken first steps in making sure there’s enough beds, but we’re not there yet,” attorney Brook Weitzman said.

The shelter opened Thursday morning and social workers have been visiting the park for nearly two weeks to get people signed up for the site. On Thursday, the city transported 35 people from Maxwell Park to the shelter. As of Friday afternoon, 75 people are in the shelter and that number is expected to grow.

Weitzman and Carol Sobel, who represent a group of homeless people, filed a federal lawsuit against Anaheim, the County of Orange, Costa Mesa and Orange because of the Santa Ana riverbed homeless camp evictions in January. Weitzman and Sobel alleged the move criminalized homeless people because they were being ticketed for sleeping in public places and there weren’t enough shelter beds for them sleep in. Many homeless people said they didn’t have anywhere to go.

There was some confusion between the attorneys and the city on how any arrests of homeless for illegal camping would work moving forward. Weitzman, Sobel, the city attorney and Deputy Police Chief Julian Harvey called U.S. District Judge David O. Carter, who oversees the lawsuit, to get on the same page.

“It’s a process. Ultimately, I think we are all aiming toward the same goal, which is to find alternative housing, temporary shelter or otherwise … sometimes we have to get through the things we don’t agree on and get back to work.” Harvey said.

There’s also conflicting views on if the city can now enforce its anti-camping laws since Anaheim opened up the 200 bed shelter Thursday morning. The city agreed to build 325 shelter beds as part of its settlement in the federal lawsuit.

During court proceedings throughout the year, Carter threatened cities and the county with an injunction forbidding the enforcement of anti-camping laws. Cities have been scrambling to find shelter beds since the lawsuit was filed earlier this year and a sense of urgency hit north county cities like Anaheim, Santa Ana, Buena Park and Fullerton after a federal appeals court ruled Sept. 4 that homeless people can’t be prosecuted for sleeping in public places if there aren’t enough shelter beds available.

“Once you have the sufficient shelter beds, the answer is yes, we’ll be able to enforce our anti-camping ordinance citywide … it’s not the solution by any means. We recognize that, but it is a necessary tool to be used … we’d rather not have to use it,” Harvey said. “We are going to be able to enforce it and next month there are even more beds coming online. Today, that (city code) section has not been enforced.”

Sobel said the city can’t enforce the no-camping laws yet because it’s still short 125 beds as part of the settlement.

The clear out started at 5 a.m. and Carter, along with Mayor Harry Sidhu, were walking the roughly 30-tent camp speaking with homeless people and observing.

Sidhu said he slept at the emergency shelter Thursday night.

Illumination Foundation President Paul Leon, along with CityNet — a social services contractor — walked tent-to-tent informing people about the homeless shelter and making accommodations for some the people with disabilities. The nonprofit foundation helps run homeless programs and shelters throughout the county and is currently operating Anaheim’s emergency shelter.

He said it can be difficult to get some people into the shelter because “some guys are used of living out here.”

The shelter has four-foot high walls between beds, which are placed into groups of four and each bed has a night stand. The shelter also allows for people to bring their pets and offers a “dog run” for people and their pets — a fenced-off section in the parking lot that allows dogs to play.

“I think it’s great they’re letting me take my dog — she means everything to me,” one man, who did not want to be identified, said. “I’m going to give it my 100.”

Vladimir Shagov, a 46-year-old homeless man who used to call the park his home after being evicted from the riverbed, was packed and waiting for the shelter bus.

He said the Maxwell Park clear out went smoothly.

“There really is no tension, at least for me and the people I know,” Shagov said. “It’s going to be nice to have a hot shower.” 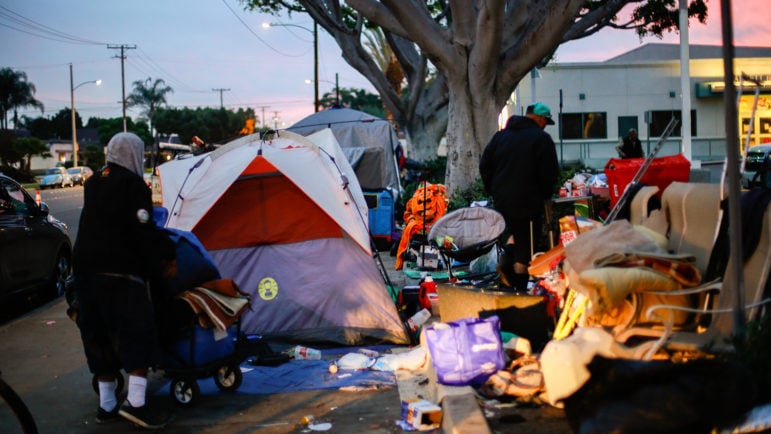 People packing up their tents and belongings in order to get ready to go to Anaheim’s 200-bed emergency homeless shelter. Dec. 21, 2018. 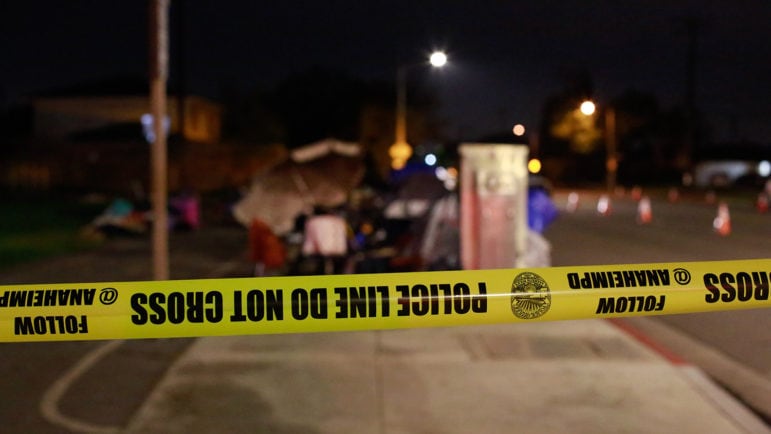 The homeless camp at Anaheim’s Maxwell Park before city officials moved in and cleared it out, sending people to a 200-bed emergency shelter. Dec. 21, 2018. 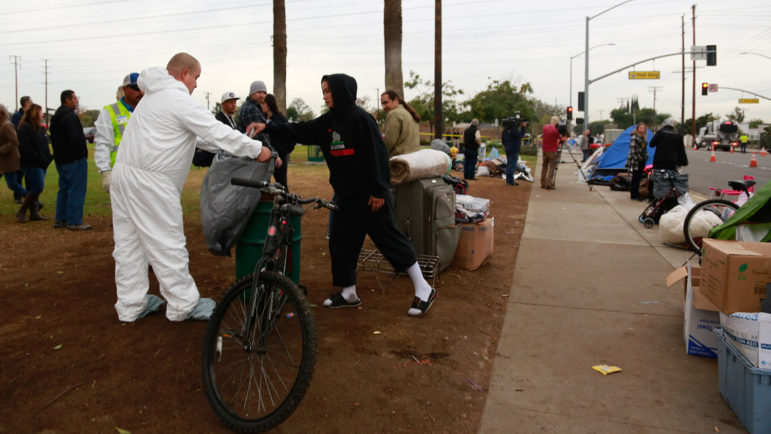 People cleaning up their camps, along with city workers, as they get ready to go to the 200-bed emergency homeless shelter. Dec. 21, 2018. 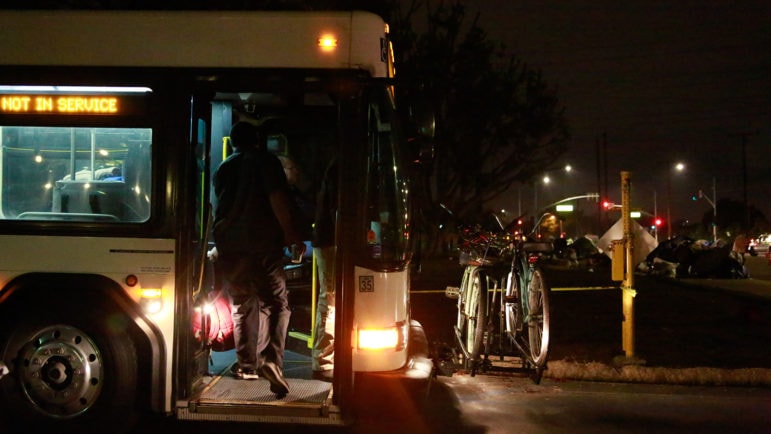 People board the bus that will take them to a 200-bed emergency shelter during Anaheim’s clear out of the homeless camp at Maxwell Park. Dec. 21, 2018; 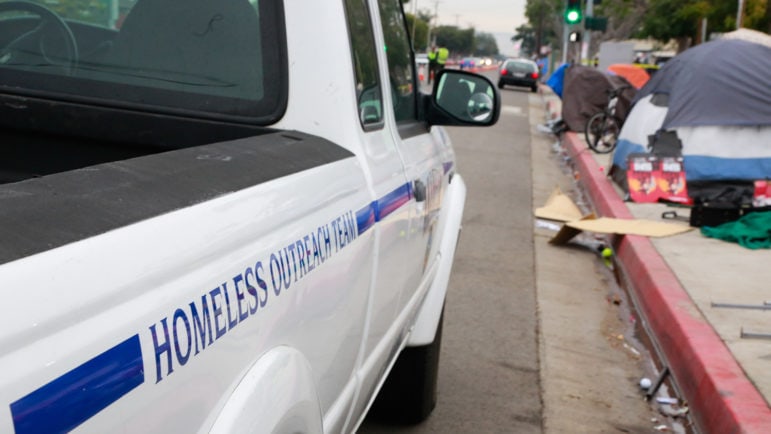 Remains of the homeless camp at Anaheim’s Maxwell Park after people left for a newly opened 200-bed emergency shelter. Dec. 21, 2018. 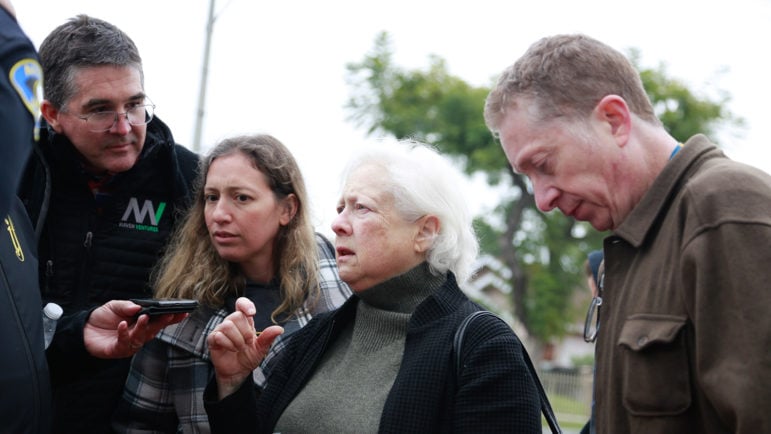 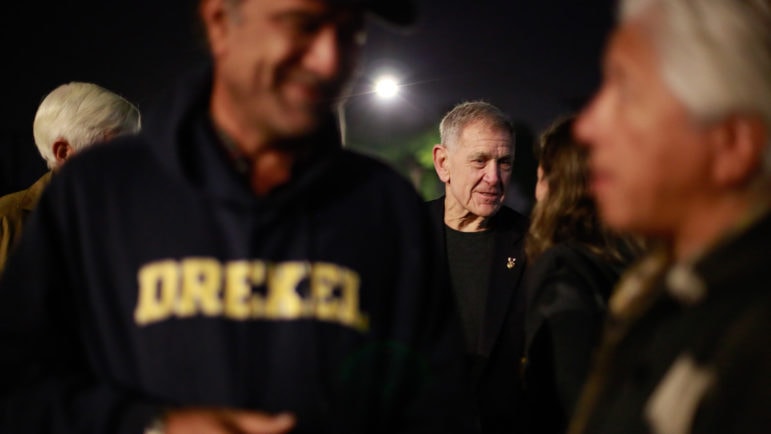 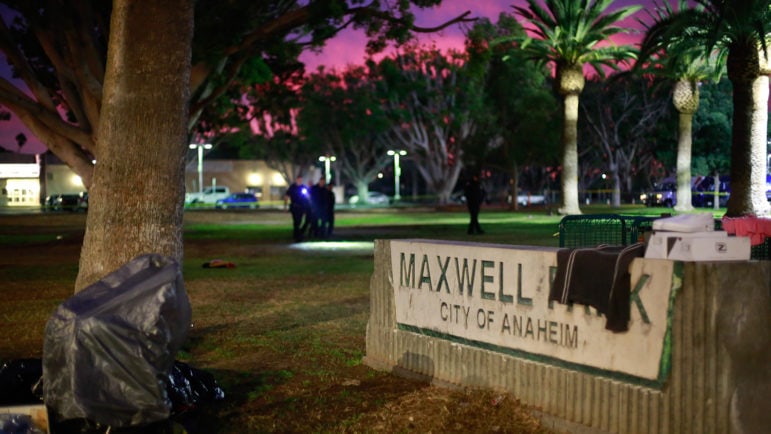 A view of the Maxwell Park sign from the Broadway side. The park has been home to a homeless camp for months before being cleared out by Anaheim Dec. 21, 2018. The homeless people were placed in an emergency 200-bed shelter near Angel Stadium. 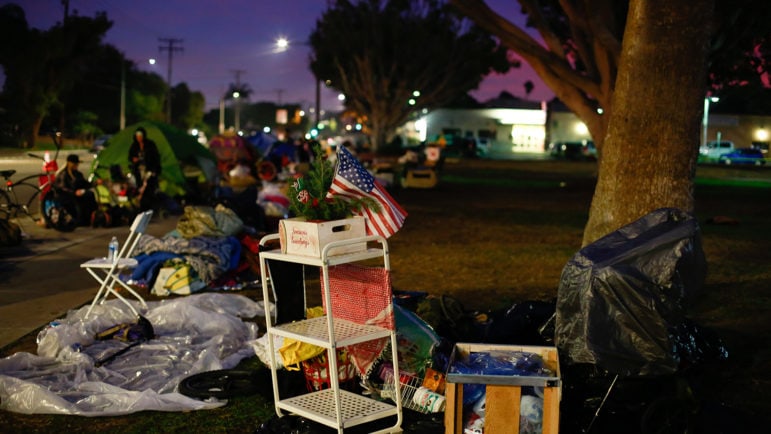 The homeless camp at Anaheim’s Maxwell Park, which was cleared out Dec. 21, 2018. The people were placed in an emergency 200-bed shelter near Angel Stadium. 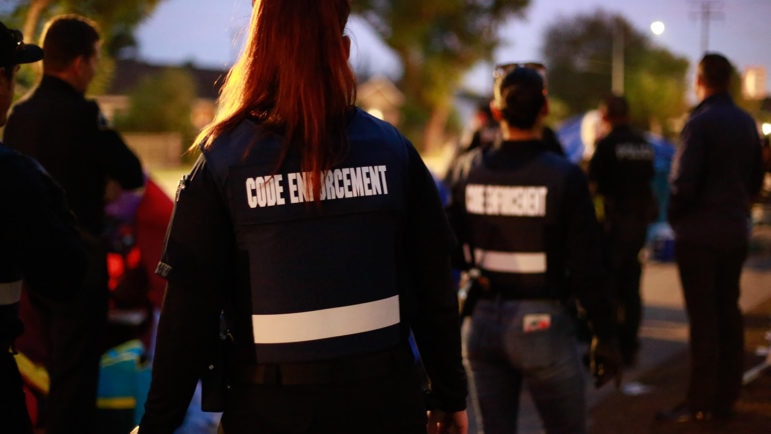 Code enforcement officers, along with police, walk through the Maxwell Park homeless camp in Anaheim. Dec. 21, 2018.