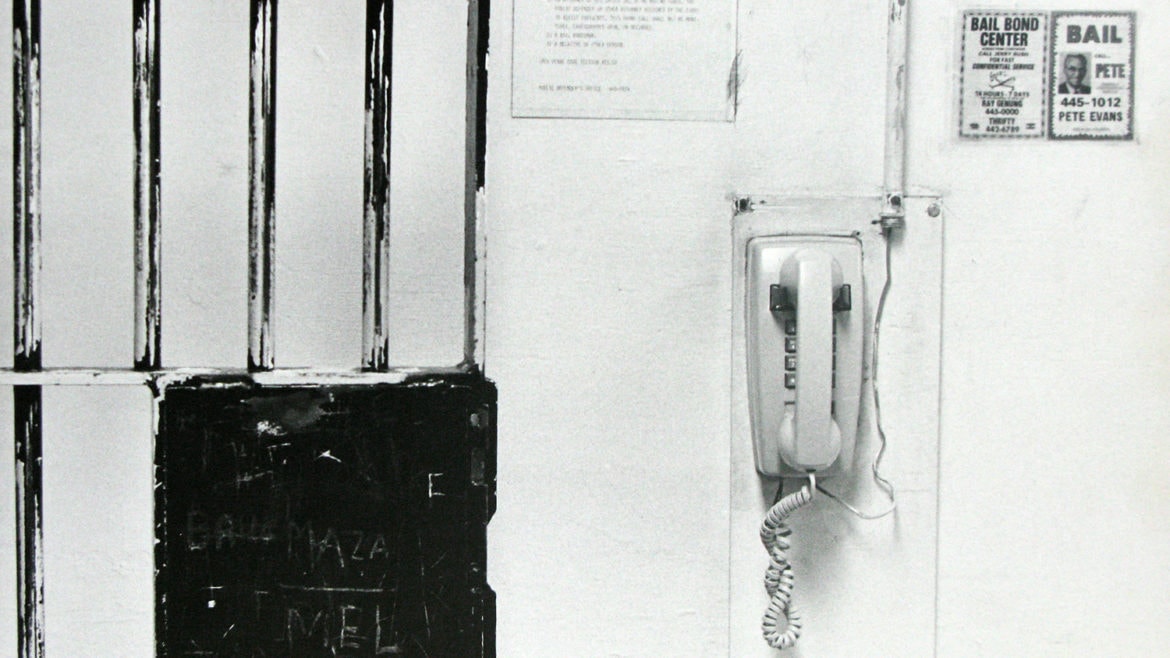 A phone inside a Humboldt County jail.

Court testimony Monday revealed OC sheriff and district attorney officials knew since at least 2015 about the recording of inmate-attorney telephone calls, an issue officials have said continued until this year and now is putting criminal prosecutions at risk.

Senior Deputy District Attorney Susan A. Price, testifying under oath in Superior Court, said a sheriff investigator wrote a July 2015 report about more than 100 calls recorded between a particular inmate and his attorneys’ phones.

Price read the report in March 2016, according to a court document she filed later that year, and said Monday she never listened to the calls. In August 2016, she asked a judge for permission to listen to the attorney-client recordings and turn them over to the defense attorneys, but said she doesn’t know if other prosecutors or law enforcement officials listened to the calls and doesn’t believe they did.

Also on Monday, Deputy District Attorney Denise Hernandez testified she was aware of eight DA prosecutors who had potential attorney-client recordings in a total of 10 criminal cases.

The testimony raised questions about why, when sheriff and DA officials learned of attorney-client recordings in 2015, they apparently did not examine the issue further and potentially stop the systemic recording of hundreds of protected calls that started in January 2015.

More than 30,000 calls between OC inmates and their attorneys were recorded.

The testimony was given under questioning by defense attorney Joel Garson in the criminal case of Joshua Waring, the son of former Real Housewives of Orange County Lauri Peterson. Waring is charged with attempted murder in connection with a 2016 shooting in Costa Mesa.

While officials can record inmate calls to track illegal behavior and investigate crimes, attorney-client conversations are sacrosanct in the American legal system and protected to ensure a person’s constitutional right to a fair trial and against self-incrimination.

In California, it is a felony for anyone to record or eavesdrop without permission on inmates’ phone calls with attorneys, doctors, or clergy.

After improper jail phone recordings were revealed publicly in August, the DA’s and sheriff’s officials said they learned of the systemic attorney-client recording problems in June.

But in Monday’s court hearing, Price testified she and a sheriff investigator learned of attorney-client phone recordings in 2015 and that she brought it to a judge’s attention the following year.

In the July 2015 report, a copy of which was filed in court and reviewed by Voice of OC, sheriff Investigator Alex Quilantan said the jail phone system had recorded 112 separate phone calls between inmate Lonnie Kocontes and two attorneys based in Northern California, David Michael and James Bustamante.

That report and the audio recordings were delivered to Price in December 2015 as part of a large packet of evidence, according to court records.

Three months later, in March 2016, Price “reviewed the packet and determined that some of the material” warranted a review by the judge in Kocontes’ case before it was turned over to his defense attorneys, Price said in a later court filing.

Price, a senior deputy DA who now oversees the northern courthouse in Fullerton, filed a court motion in August 2016 asking Judge Richard M. King for permission for DA prosecutors to listen to the calls, arguing they weren’t protected by attorney-client privilege because of alleged automated warnings about the calls being recorded.

“Were they listened to? I don’t know,” Price said, adding she didn’t follow up to find out how widespread the issue was.

“I did not conduct an independent investigation,” other than bringing the recordings to the attention of the judge in charge of the case and asking for guidance, Price said.

King, the the judge, wasn’t worried about how the calls came to be recorded, she added.

There was “never any concern on his part about the method of the recordings,” said Price.

Price also testified she requested all recordings of Kocontes’ calls from his time in a Florida jail, despite knowing several involved attorney phone numbers.

Asked if she knew some of the Florida recordings were attorney-client calls and requested all of them, including the attorney-client ones, Price said: “Yes,” emphasizing she asked for “all” of the calls.

Hernandez named three of the prosecutors whom she said had recordings of potential attorney-client calls: Christopher A. Alex, Bryan F. Clavesilla, and Bradley D. Schoenleben.

In recent months, sheriff and DA officials painted a picture of only learning about attorney-client recording problems in July 2018, when jail phones contractor Global Tel Link (GTL) informed them a computer upgrade in January 2015 had caused the recording of over 1,000 protected phone calls with numbers on a “do not call” list.

“There was nothing, up to this point, to lead us to believe that the system was not working properly,” Undersheriff Don Barnes said in September at a county supervisors meeting,  referring to the point in time in summer 2018 when GTL notified the sheriff’s department of the larger recording issues.

“Sometimes you don’t know what you don’t know until it hits [you] upside the head,” added Barnes, who will lead the Sheriff’s Department starting in January after he won election as sheriff last month.

Barnes was referring specifically to the apparent technical glitch that led to hundreds of calls being recorded. He didn’t mention any of the prior instances in which attorney-client calls were recorded.

When news of the phone recordings broke in mid-August 2018, the DA’s office said in a statement: “The first time our office became aware of this matter was this week when [a Sheriff’s Department] employee testified about it in court.”

That statement did not mention the 2015 case of attorney-client recordings or other instances.

Garson, Waring’s attorney, discovered calls between Waring and his prior attorney were recorded, as well as calls Waring made while he was representing himself despite a court order granting him unmonitored calls.

Garson has been seeking to have the charges thrown out, alleging the government engaged in misconduct, depriving his client of his right to counsel as part of a larger pattern of improperly recording attorney-client calls.

Fish allowed some restrictions on testimony, but overruled most of Maxfield’s objections and allowed Garson latitude in questioning DA officials about what they knew of recorded calls between inmates and their attorneys.

Orange County’s incoming district attorney, Todd Spitzer, has expressed frustration at the illegal recordings and has called for GTL’s contract to be canceled.

“Every day that GTL is on board is a day that opens us up to a lawsuit. It’s another day that violent criminals are released into our community because our cases are dismissed or overturned due to malfeasance.”