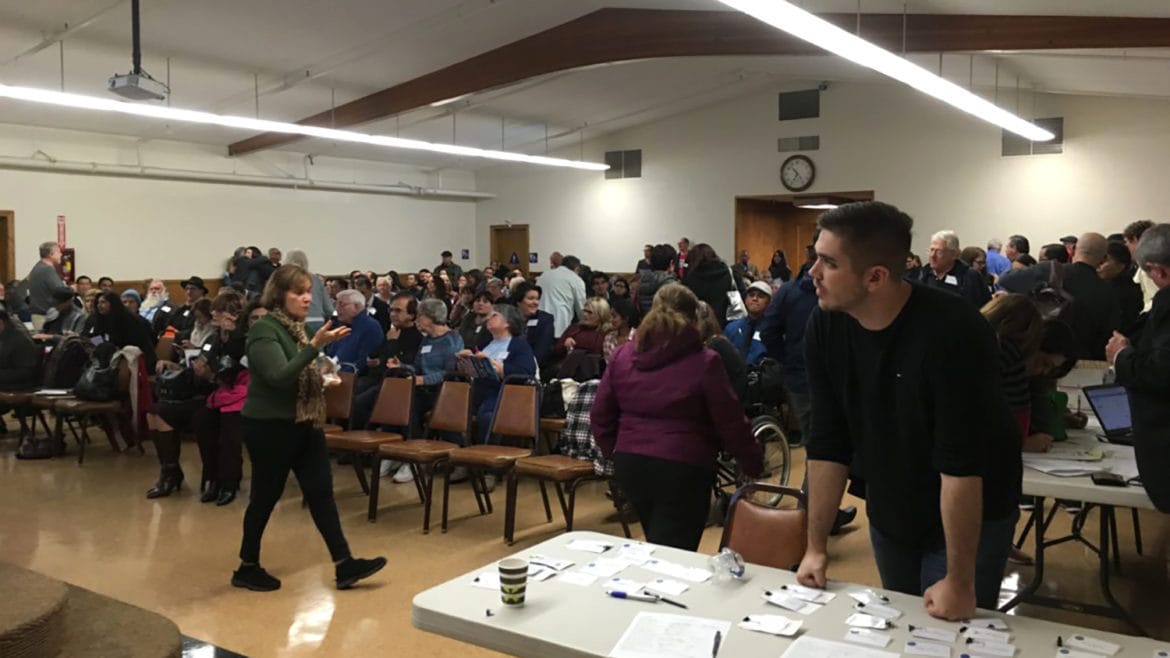 OC Democrats meet at the Plumbers and Pipefitters union hall in Orange as they prepare for annual officer elections.

The battle for Orange County in 2020 has already shifted into high gear.

This month, both local Democratic and Republican party central committees gathered in Orange and Costa Mesa to elect countywide officers and debate their future.

The big question out there is whether the Blue Wave can sustain itself or whether Orange County’s Red Tide can stage a come back in 2020.

Judging from the intense nature of both central committee gatherings, count on a raucous year. 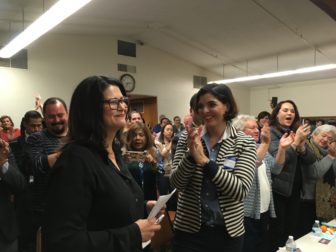 After several months of intense campaigning, labor leader Ada Briceño was victorious in her bid to lead the Democratic Party as it’s next chairwoman, the first bilingual Latina to do so in the history of the party.

Addressing a packed, standing-room-only crowd – one of the largest and loudest ever seen at the union hall that always hosts the Democratic Central Committee in the City of Orange – Briceño laid out an aggressive plan that would continue to rely on the strong ground game that gave the Democratic Party solid victories this past November. 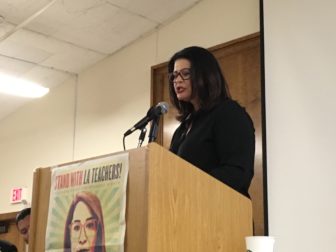 Briceño, a co-president at a local hotel workers union, competed against former Irvine Mayor Beth Krom for the party leadership slot with a big debate among electeds and central committee members about the impact on pro-business Democrats from having a labor leader in charge of the Democratic party.

Briceño struck an inclusionary tone in her address to all sides but made clear the progressive path the Orange County Democratic Party is taking, noting support for teacher strikes in LA and worker strikes in India, the Black Lives Matter movement, environmentalists and the LGBTQ Community.

“I want to live in an inclusive Orange County,” she said.

As party chair, she said she would continue to help fuel the grassroots movement the party has seen with exploding attendance to Democratic clubs throughout Orange County.

“Our enemy is not only the Republican Party but apathy,” she said.

Democratic central committee members also elected a very diverse slate of candidates as vice-chairs after an intense public debate over how bilingual the party’s leadership needs to be. 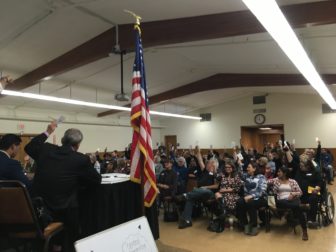 Democrats wrapped up their monthly gathering by coalescing around former Congresswoman Lorretta Sanchez – finishing off a process of clearing the field that began last November just after Third District County Supervisor Todd Spitzer won election as DA, triggering a special election – now scheduled for March 12 – to elect his successor on the board.

Sanchez now enters the race as the only Democrat running.

If she wins, it would be a historic, transformative win at the county level for Democrats as it would shift the balance of power on the board of supervisors from a traditionally all-Republican affair to a 3-2 margin. Fullerton Democratic Mayor Doug Chaffee won election to represent the Fourth Supervisorial District this past November. 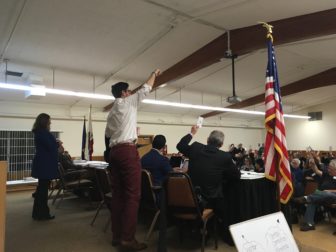 pitch for the party endorsement, Sanchez questioned how well the all-Republican board of supervisors really focused on their main mission, which is operating a large health and social welfare agency.

Public service is a calling to help those in need, Sanchez said.

“Our board of supervisors has forgotten about those people,” Sanchez said, adding that Democrats have a chance in early March to send a strong message about the strength of the Blue Wave. 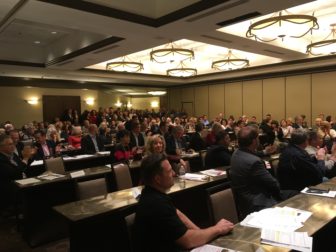 Meanwhile, the OC GOP Central Committee also hosted a packed room at their usual meeting place at the Hilton in Costa Mesa earlier this month.

The crowd wasn’t too happy about getting swept in congressional campaigns this past year.

That protest mood even fueled a short-lived leadership challenge that was eventually quashed.

But the effort says a lot about how Republicans are processing their historic losses in Orange County. 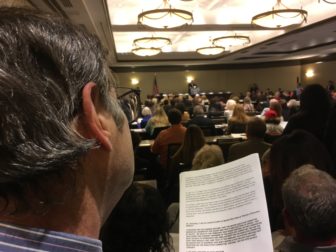 The debate in Orange County also mirrors the one raging at the state level with several candidates running to be the next state party chair (to be decided next month in Sacramento).

“It’s daunting to go up against that kind of money,” said former OC GOP Party Chair Scott Baugh, who himself unsuccessfully attempted a primary run against his one-time friend Dana Rohrabacher and was defeated in part by a well-financed, hit mail campaign.

Baugh repeated what many other Republicans said on Election Night, which is they got outspent last November.

From talking to activists and hearing speeches by leaders at Central Committee in Costa Mesa earlier this month, it’s clear that Republicans are still coming to terms with the fact they also got out-hustled, out-worked by Democrats last November. 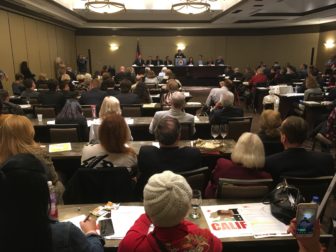 Baugh challenged his fellow Republicans to ponder the biggest puzzle of the 2018 election cycle.

Why did so many Republicans vote for Democrat candidates?

“We need to put a street captain on every single street,” Allen said.

Allen said party leaders have simply been negligent, favoring special interests and wealthy donors over rank and file base Republicans.

It’s time to double down on Republican values.

For a majority of activists in the crowd, that means sticking with President Donald Trump – who remains very popular among the base at the central committee.

That’s how you bring the base back, Allen argues.

Steve Frank, who is also running for state party chair, noted Republicans need to focus much more on the basics of outreach.

“We didn’t spend a dime on voter registration,” Frank said.

If you don’t communicate your values to the public, how do you win? Frank argued.

One outreach approach that drew a lot of attention from Republican candidates and activists was ballot harvesting – where campaign workers or others can pick up absentee ballots from registered voters and drop them off for them at the polls.

People at the central committee seemed torn here. While many activists want to fight the concept, others note that Republican Party leaders need to get much more savvy about getting their own ballots to the polls.

For example, there was much talk about working with evangelical pastors to focus on ballot harvesting efforts in the same manner that Democrats did with many get-out-the-vote organizations and labor groups last November.

“We can do ballot harvesting,” said Frank, noting the potential for collaboration with local churches.

One area where Republican leaders will get an opportunity to try out new approaches these next few months will be the race for Third District supervisor. 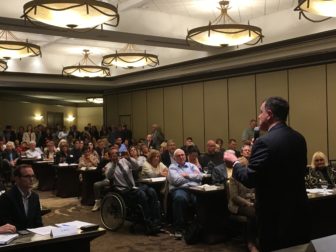 Irvine Mayor Don Wagner – who won the party endorsement earlier this month over fellow Republicans like former Anaheim Councilwoman Kris Murray – called the contest the first race of the 2020 cycle.

“We still matter,” Wagner said after winning the endorsement that comes with valuable mail from the party through member communications.

“We still know how to win elections.”