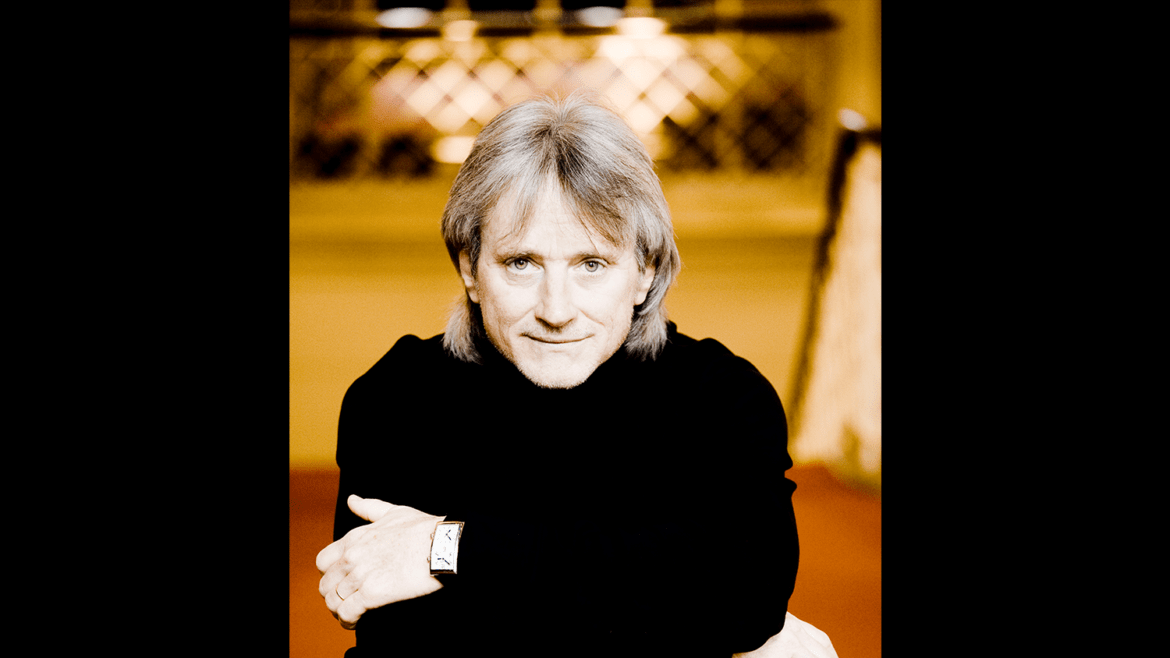 This fall, Carl St.Clair marks his 30th season as Music Director of Pacific Symphony. To celebrate the occasion, the Texas native has gone big and bold, filling the orchestra’s 2019-20 line-up with many ambitious wish-list favorites – a task that the conductor clearly enjoyed.

The orchestra’s upcoming season was announced on its website earlier this week.

St.Clair, 66, is now the longest-serving conductor of any major American orchestra. Hired in 1990 after a long and exhaustive search and chosen over older, better known conductors, he and Pacific Symphony proved to be an excellent fit for each other. The orchestra has thrived under his leadership. Recent accomplishments include a new concertmaster, a more lucrative contract for the musicians, and its Carnegie Hall debut last season.

We talked to St.Clair recently about his long tenure at Pacific Symphony, his plans for the coming season, and what the future holds for him and his orchestra.

Voice of OC: How long have you been planning this season?

Carl St.Clair: The season sort of planned itself. Over the last 30 years I’ve worked with many great composers, so we wanted to invite some of them back: Elliot Goldenthal, Frank Ticheli, Christopher Rouse. These are all composers I’ve known for most of my career. The same is true with certain works. Tchaikovsky’s Pathetique (Symphony) was the first work I conducted here in 1990. It’s really where my musical and emotional relationship with the orchestra was forged. All these works are things that the orchestra and I enjoyed working on together.

VOC: We heard that you made a point of including Pacific Chorale prominently in your season.

St.Clair: One of the most important relationships we have is with Pacific Chorale. We’re working with them several times this season. They’ve been by our side at important pivotal moments in the orchestra’s history. We’re doing Carmina Burana. It’s a piece that the Pacific Chorale and I love doing together. It’s a great season opener.

VOC: Tell us about the Beethoven Immersion Weekend. That sounds intense!

St.Clair: We’re honoring his 250th birthday. We’re doing all five piano concertos with pianist Alexander Romanovsky. Beethoven’s 8th Symphony is important to me. It was the first symphony I ever conducted. (Conductor) Daniel Barenboim did it with a huge orchestra. It took longer. I heard it and thought, “That’s an interesting approach.” It really gave it some power. I might try that.

VOC: We’re also going to hear some new works commissioned especially for your anniversary, Elliot Goldenthal’s Adagio and Frank Ticheli’s Concerto for Audience and Orchestra. Tell us about them.

St.Clair: Elliot is a classically trained guy. If you listen to his movie scores you think, “Wow this is an incredibly rich and complex score.” You can go on YouTube and listen to an hour’s worth of adagios taken from his movie scores. It’s like Mahler: deep, dark, heavy, profound. I asked him to write an adagio. I think it’s a necessary kind of void to fill. The Barber Adagio for Strings — where do you go from there? He writes heartfelt and incredibly moving adagios.

With the Ticheli, the audience has supported me and followed me down all kinds of paths: Philip Glass and Bolcom. I just got the idea that we should do a piece that involved the audience – performing not for them but with them. I asked Frank to write something for audience and orchestra. Orchestras all across the country are looking for new ways of audience engagement. Why not give them something that they can do at site and at will?

VOC: In keeping with tradition, you’re doing a semi-staged opera this season. This year it’s Verdi’s “Otello.” Why take on such a gargantuan task?

St.Clair: We had a meeting about that very topic on Tuesday. We have several board members who were on the board of Opera Pacific. They’d like to see a greater portion of opera return to the cultural life of Orange County; so would a lot of people. This year we did “The Magic Flute.” One of our family concerts every year is an opera. We are playing Ravel’s “L’Enfant et le Sortilege” and we’re doing a musical this summer. If we did one more opera we’d have four, which is what Opera Pacific offered in its final seasons. After eight years, operas have become a permanent part of the orchestra’s DNA.

VOC: You’re also championing the work of an under-appreciated female African-American composer, Florence Price. Tell us about her.

St.Clair: I had to go and listen to some of her pieces because I wasn’t familiar with her. You hear so many influences from folk and jazz – it works really well with the Gershwin and the Chadwick on the program. There’s an American spirit to it.

VOC: After 30 years, are you thinking about retirement as the next stage of your life?

St.Clair: I’m using the 30th anniversary as a new beginning, not an end. You could look at it as something totally reflective. Six years ago I got a lifetime achievement award from Arts Orange County. I remember saying in my remarks, “This should be a two-thirds of a lifetime achievement, because conductors tend to live and be active for a long time.” That’s my plan.

All concerts at Renée and Henry Segerstrom Concert Hall at Segerstrom Center for the Arts. Programs, artists, dates and prices subject to change.